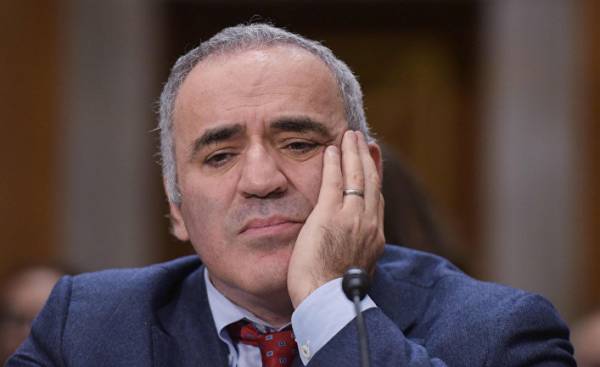 Over the past few days I was asked many questions regarding the events of March 26 and my attitude to the actions of Alexei Navalny. For many Bulk, it is not just manifested Imperial vision of the world, is not an acceptable alternative to the current government. Many, including the author of these lines, was repeatedly subjected to Bulk criticized in connection with his position on a number of fundamental issues, primarily on the question of territorial belonging of the Crimea, which became a watershed for the Russian opposition.

At the same time, in my opinion, it is extremely important to be able to evaluate not only the system of beliefs of a policy in General, but his specific actions. For example, I myself for a long time criticized the actions of the current US President Donald trump, but if tomorrow he will take decisive action against Putin, sanctions will increase and will contribute to the fall of the dictatorial regime, then I’ll definitely support him in this policy.

I repeat: for me is totally unacceptable Bulk vague position on the issue of Putin’s aggression against Ukraine. Moreover, in recent years our views seriously diverged in the matters of tactics: unlike Alexis, I am convinced that the consent of the opposition to the sanctioned rallies in Marino and participation as a “whipping boy” in the so-called elections is well within the interests of the Kremlin, because it allows you to direct the energy of the protest and the discontent of citizens in the government-controlled channel. Serious dividends received Putin in the international arena, the statement Bulk of the desire to participate in presidential elections was gladly picked up by the Kremlin lobbyists in the West, using it as “proof” that Putin’s regime is “hybrid” while in fact he had been mutated to a state of personalistic fascist dictatorship.

However, for some reason, Navalny suddenly asked another behavior — obviously, he went on to sharp aggravation of the situation, has created serious problems for the Russian authorities. Today it is difficult to predict further developments, but it is safe to commit the obvious fact that the political situation in Russia changed fundamentally.

The dismantling of the Putin regime is possible only as a result of changes of a revolutionary character, and one of the most important consequences of the events of March 26 — confirmation of the complete bankruptcy of the position of all those who for years talked about the evolution of the regime, and at the time of the peak of the protest rise in 2011-2012, openly worked for the Kremlin, promoting the concept of “the government does not need to change, the authorities need to influence”. The brutal dispersal of the peaceful rally, which was mainly attended by Russian youth, completely discredited the concept of a “hybrid regime”, which Putin’s Yes-men for so long was trying to sell in the West — footage of the lawlessness of the Russian police, and a significant number of detainees demonstrated how meaningless the talk about liberalization of the regime.

Therefore, no matter what motivated Navalny and his supporters, their actions led to a serious destabilization of the government and create the preconditions for the formation of a revolutionary situation. Such actions are objectively worthy of support. Also important is the fact that the aggravation of the situation in Russia, increasing the chances of a revolutionary scenario of developments, approaches and important resolution of the Crimean issue. Obviously, the window of opportunity to return the annexed territory of Ukraine can only be opened after the removal of Putin from power.

It is also important to understand that the nascent protest in the revival which Navalny played a very important role, is not autocratic nature. People took to the streets not for a specific leader, they came to protect their interests and their dignity. It should be noted the merit of Navalny and his team, who managed, in an atmosphere of public apathy, to offer in a suitable form, induce a significant number of Russians to actively defend their civil rights. 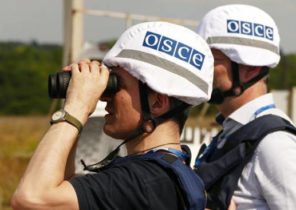