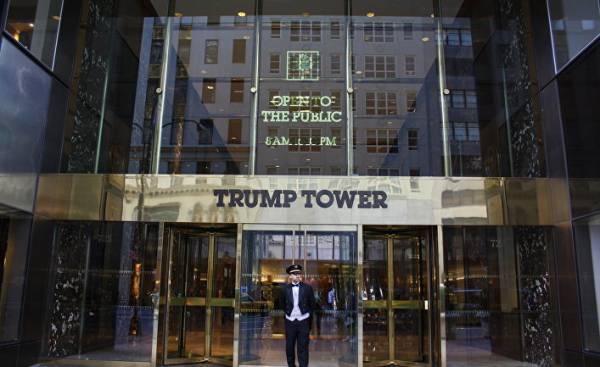 A former official in the Obama administration openly disagreed with the White house trump, after spokesman Sean Spicer (Sean Spicer) had distorted her words, trying to justify unsubstantiated statements about the wire.

“Amen, brother! Who benefits from the fake news? R-O-S-s-I-I,” tweeted Evelyn Farkas (Farkas Evelyn), who served as the first Deputy assistant Secretary of defense for Russia, Ukraine and Eurasia under the Obama administration.

Farkas quoted tweet, which stated that its comments should not be used to promote unfounded allegations of wiretapping.

Spicer has distorted the words of Farkas during the press conference, which took place on Friday, March 31, at the White house, saying that her previous comments “raise serious concern about whether all of this organized and large-scale attempt by the Obama administration to use to drain highly sensitive intelligence for political purposes”.

During his interview on MSNBC on March 2, Farkas said she urged his former colleagues to gather as much intelligence, fearing that they “will be hidden in the course of bureaucratic procedures”.

“I urge my former colleagues and, frankly, all members of Congress — in fact, my words were largely addressed to members of Congress: collect as much information as possible, collect as much intelligence, first th President Obama leaves the presidency, because I’m afraid that one way or another, this information will disappear thanks to the efforts of officials who will remain. It will be hidden in the course of bureaucratic procedures”, — transfers its words of the New York Times.

As writes the New York Times, she continued: “[I was afraid] that people trump if they find out what we know and how we became aware of the contacts of the team trump with the Russians, they will attempt to discredit those sources and methods, with the result that we will lose access to this intelligence. So I started to worry because we had little information, and I knew her much more.”

The subject of wiretapping has become a major issue the press conferences of the White house since the moment when in March, trump said, without providing any evidence that the former President Barack Obama gave the order to start to listen to the trump Tower just before the November elections.

Giving testimony at the meeting of the house Committee on intelligence, FBI Director James Komi (James Comey) said that he had no evidence to support this statement trump.