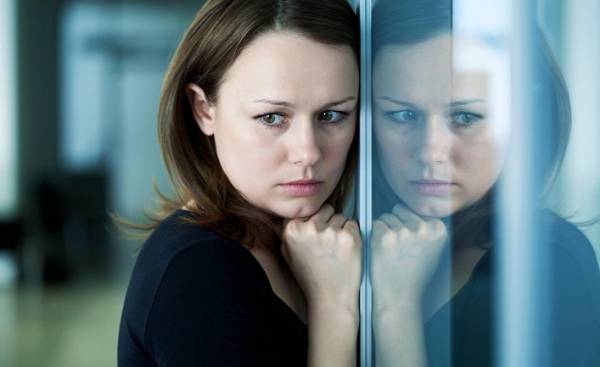 Our subconscious uses cunning strategies to help us avoid any criticism and evaluations from even the most constructive. Psychologists Robert Nash and Naomi Winston talk about how not to fall into these traps.

People have one curious feature. We all strive for certain achievements. We want to run and swim faster, be more creative, to win more awards more to heal diseases, to earn more money.

But what is interesting: if you want to help the person to realize its potential, appreciating his efforts and pointing out that he can do better if you want to offer him constructive criticism or feedback on a method “360 degrees” (so that there — just give friendly advice!), think twice or even thrice before you do it.

Partly to blame is our vulnerable ego. We all wish to live up to your own expectations, and so the criticism — or even the prospect of receiving it — can be a huge threat to our self-esteem and a positive perception of yourself.

As shown by decades of psychological theory and research, people use countless cunning ways to maintain a positive attitude, despite the criticism.

So usually we are not only not happy so called the feedback, but instinctively trying to protect themselves.

Such knee-jerk reactions help us to keep a good opinion of himself, but, paradoxically, at the same time draw attention to his own complexes, character flaws and their own bias.

To learn the art of avoidance, of evasion from feedback, you need to master the techniques of selective attention and self-deception.

Many people, for example, fishing for compliments, it is naive to solicit feedback only from those who are nice to them, and only in cases where confident in their superiority.

However, perhaps the simplest technique of avoidance is not to listen to any feedback at all.

We are witnessing a similar “deafness” in the education system, where students sometimes do not even bother to obtain or view feedback on their work.

With regard to health, we often see that people are willing to do anything, not to visit family doctor, because otherwise they risk to hear what they have to lose weight or stop Smoking, or any other bitter truth about yourself.

Psychological research has allowed us to better know the reasons for this unhealthy craving for ignorance.

In one study, the students watched an educational movie about the serious disease called “TAA deficiency”.

In fact, this disease does not exist, and the film was just fantasy, but the student did not tell.

Instead, they are asked whether they want to pass a swab to find out how they have a high risk of developing this disease.

Half of the students said that if they find a shortage of TAA, then its treatment will require a two-week reception of tablets, and a diagnostic smear agreed 52% of them.

The second half of the students reported that the treatment involves a lifetime of taking pills, and the DAB agreed, only 21% of them.

These findings indicate the existence of a General trend, which is confirmed by several other studies conducted in the field of health, and other topics.

It is that people are especially strong to resist the reviews and any objective information about yourself, when you think that as a result they will have to do something difficult or unpleasant.

Perhaps ignorance is a blessing, but we can’t completely ignore criticisms or to avoid them.

In many situations, we have to look for other ways to protect from blows to the ego.

In our Arsenal of self-deception there are several useful tactics for such a case, one of which — leaving aside, that is a distraction from their own shortcomings.

For example, when we hear that did the job worse than anyone, you tend to point out the faults of the man, waving away his own.

Sometimes you can hear something like: “Well, what she managed to achieve more, but I have more friends, and nature much better.”

Many people tend to exaggerate their own positive qualities and weaknesses of the opponents, but studies show that we do so much more if I know that the rival has surpassed us.

And though it may sound cynical, but such behavior is very effectively helps to support and reinforce our self-esteem in case of failure.

It is not surprising that, when faced with criticisms, we are trying to devalue quality, in comparison with which the criticism is based.

In his book “Thanks for the feedback” scientists from Harvard Douglas stone and Sheila hin very astutely observed: “When we provide feedback, we think that the addressee well enough his views. When we do listen to other people’s comments, I believe that the commentator does not deserve our attention”.

It did not escape the authors of this article. When one critic recently announced one of us that our scientific work would be better “if we were more Google play reviews” (spelling preserved), we could hardly resist the temptation to point out a spelling error and assume that he’s just incompetent.

How can we trust the opinion of a man who makes such mistakes? This reaction, of course, would not go to the benefit of our own work, but so it would be easier and safer.

However, attempts to simply discredit criticism is sometimes insufficient, so the next stage we can begin to actively blame him for our failures.

But, in doing so, we can publicly display our most ugly prejudices.

In the study conducted at the University of Waterloo in Canada, students reported, what scores they received on various items and assessed the teachers put on them these points.

The results showed that students with the lowest scores tended to compensate for their loss of reputation, blaming the teachers: the lower was the score, the worse they evaluated the quality of teaching.

However, the most important was the fact that, unlike successful classmates, the losers was particularly critical of female teachers.

Apparently, in search of a way to discredit the teacher, they decided that the gender discrimination is an effective tool for the prosecution.

Even the most useful for us is to identify the worst aspects of our personality. But is it possible to avoid such protective reactions?

Of course, if this were so, we could much more effectively to achieve their goals, because feedback can have a profound impact on our development.

However, the only useful advice that we heard.

The problem is that none of the available alternatives is particularly attractive: due to setbacks, we feel bad, but exactly the same emotions experienced by listening to criticism, which could help us to fix it.

If we are so afraid for their self-esteem, to solve this dilemma, we should first understand why we are currently in such high esteem.

Studies show that people are more willing to agree to exploratory medical research (which can also be considered a form of feedback) like a analysis invented deficit TAA if first think about the qualities that I appreciate most in myself, and remember when the last time you showed these qualities.

These data correspond to a wider and perhaps predictable conclusion that people with high self esteem more likely to seek feedback than insecure.

Therefore, if we want more than to calmly accept unsolicited reviews, we should proactively put on the so-called emotional armor, thus ensuring the integrity of our self-esteem regardless of the positive or negative nature of the reviews.

Perhaps the problem lies in the fact that we allow ourselves to consider unsolicited reviews.

Classic psychological research on persuasion has shown that people can easily convince themselves that they liked to perform unpleasant tasks, only in the case if you believe that you have decided to tackle it.

Can such a strategy work in the case of feedback? Can we convince myself to accept the advice of others, simply believing that we ourselves wanted to hear it?

This idea is partly confirmed by the research of American scientists, participants who were asked to name the dates of various historical events. The more accurate the responses were, the greater the amount of money they gave.

Then, each participant answered the same question a second time, but being aware of the responses of other subjects.

Sometimes this information is provided free of charge, and sometimes she had to pay a few dollars of your winnings, but only if the party uses it as answer.

It is not surprising that subjects tend to choose free, not paid tips.

However, participants more often used the prompts (that is, abandoned his views in favor of the choice of other people) if paid for them.

In other words, these results show that people feel obliged to follow the advice if they had to make some effort to get it.

So, we are ready to listen and make useful to us advice and feedback only when we start to actively seek feedback and to apply for this effort. Not be afraid of negative emotions, and instead will try to raise their self-esteem.

Perhaps we could even learn to recognize your defensive reactions and to refrain from thinking about what is wrong all around, but not ourselves.

And yet, whatever precautions we took to take advantage of the criticism it will always be difficult.

Science can only tell us how to do it better. But to follow this advice or not depends only on us.