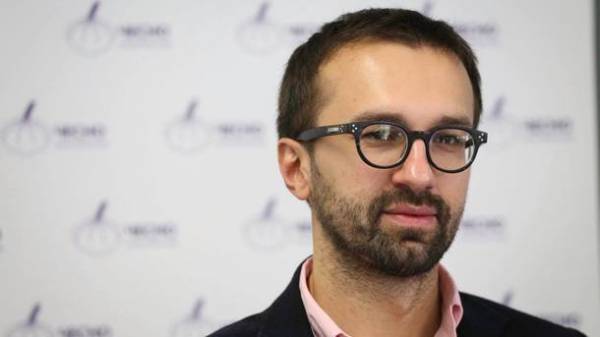 His girlfriend Anastasia topil’s’ke rents an apartment in Kiev with an area of 78 sq. m. It also owns a land area of 800 sqm and a house area of 96 sq. m. the Fasika Antratsitovskogo region Lugansk region on the territory of ORLO.

The Deputy declared that the copyright on the book “the American Saga of Pavlo Lazarenko” and “Mezhigorskaya syndrome. The diagnosis power of Viktor Yanukovych,” topil’s’ke – rights to the trademark “Nastya DJ”.

Last year Leshchenko received 151 475 UAH salary at the main place of work in the Verkhovna Rada, 169 871 UAH of funds related to the implementation of parliamentary powers, 26 918 UAH of compensation for travel.

He also received 15 270 salaries part-time at the Ukrainian Catholic University. 315 526 amounted to UAH royalties from the publishing house “Media-DC”, 5 379 – from “bright star publishing”. 35 UAH 534 Leshchenko received from the Victor Pinchuk Foundation, which acted as operator of the funds purposefully allocated by the International Fund “Vidrodzhennya”.

5 310 UAH amounted to fees from the NGO “Ukrainian truth”. Also, the Declaration contains other fees totaling 54 349 UAH. Besides, the Deputy has declared 3 770 000, which he borrowed from the owner of “the Ukrainian truth” Alyona Pritula.

Earlier it became known that the Pechersky district court of Kiev has received the report issued by the National Agency for prevention of corruption (NACP), an administrative offense of the people’s Deputy from the faction “Block of Petro Poroshenko” Sergei Leshchenko when buying an apartment in Kiev.

It is also noted that the Agency gave the court a CD with a record that confirms the refusal of a woman from the signing and to review the Protocol.

On 15 February the Pechersky district court of Kiev closed the so-called “housing case” Leshchenko, finding in it a crime.

In February the Prosecutor’s office said it will appeal against the decision of Pechersk district court about the closure of production according to Leshchenko.

On March 14 the court of appeal returned the appeal of the General Prosecutor’s office without consideration, and the decision of the Pechersk district court of Kyiv 15.02.2017 informed about the termination of the proceedings has entered into force.

As earlier reported, NACP found that when buying an apartment in the historical center of Kiev Sergey Leshchenko received a gift in the form of a discount on the apartment price, which was provided by the developer. The Department stated that they intend to go to court.