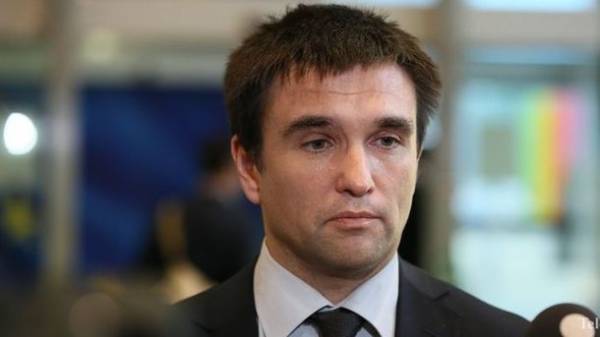 The Minister of foreign Affairs of Ukraine Pavlo Klimkin discussed with his Polish counterpart Witold Wasikowski bilateral relations and the situation around the Polish Consulate General in Lutsk (Volyn region).

“The Minister Waszczykowski was talking today with Pavlo Klimkin about security in the region, the situation surrounding the Consulate General of Poland in Lutsk and about the relations of Ukraine and Poland” – said the Polish foreign Ministry on his page in the microblog Twitter on Friday.

The talks were held in the framework of the meeting the head of the NATO foreign Ministers and meetings of the Commission Ukraine-NATO in Brussels on Friday.

According to the foreign Ministry of Poland, Waszczykowski Klimkin assured that the protection of the Polish missions in Ukraine will be strengthened.

As reported, on the night of March 29, unidentified persons fired at the Consulate General of Poland in Lutsk, shot from the street with back yard and hit the top floor window.

At the moment of explosion indoors was empty, so no one was hurt, though the floor below were the guards of this room.

The Minister of foreign Affairs of Ukraine Pavlo Klimkin outraged by the provocation against Polish Consulate General.

In connection with the incident in the Polish foreign Ministry had summoned the Ambassador of Ukraine in Poland Andrey dedica. And the representation of Poland in Kiev, will hand over a protest note to the Ukrainian foreign Ministry.

Among the versions of the explosion in the administrative building of the Consulate General of Poland in Lutsk, and the consequence considers a terrorist act, said Ukrainian security Service. According to preliminary data, the cause was a shot from a grenade launcher RPG-26.