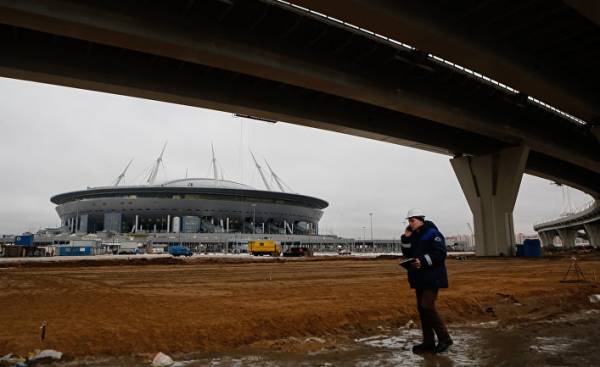 They live like slaves in barbed wire container camp. They have no rights, and one of them was once found on his couch dead. Norwegian magazine Josimar conducted its own investigation and found that the stadium construction in St. Petersburg in appalling conditions of work not less than 110 North Koreans.

“They are under almost round-the-clock surveillance, they have virtually no contact with anyone else,” wrote the advocate Andrey Yakimov, specializing in human rights, in the relevant report. “They get minimum wage. It is the unskilled workers, almost not knowing how to handle modern equipment.”

According to the report, the North Koreans came to Russia on the orders of the ruling party to participate in the construction of stadiums ahead of the world Cup 2018. “Hired them for ten years, promising instead of increased servings of rice and eternal gratitude to Kim Than the UN,” said Yakimov. However, 90% of the salary takes the ruling regime, thus providing foreign exchange earnings to the country — this “business model” is working in North Korea for many decades.

According to the UN, around the world work from 50 to 100 thousand North Koreans — most of them in Russia, but also in the middle East, Southeast Asia and China.

According to human rights activists upon arrival in the country, where they will work, the North Koreans take foreign passports, so they could not leave the country. Confiscated their salaries to the North Korean elite uses, in particular, for the purchase of luxury goods, but also for the implementation of its nuclear program.

If one of the workers dared to complain about the conditions of life and work, his relatives at home may have problems.

The construction of the stadium in St. Petersburg, the North Koreans have to live in unheated, cold and overcrowded containers. “They are like robots. All they do is work, work and work. From seven in the morning until midnight. Every day. They have no life”, described by one Russian working schedule of their North Korean colleagues.

The construction of “Zenit Arena”, which will consist of 68 thousand spectators, lasted for 11 years and was worth over a billion euros and still not finished. Something always happens: there are leaks, then crack the concrete, the vibrating field. On the orders of President Vladimir Putin in February hosted the “opening” of the stadium, and July 2, there will be a Confederations Cup final, in which, probably, will take part the national team of Germany.

“80% of workers involved in the construction, foreigners, mostly from former Soviet republics, such as Tajikistan and Uzbekistan,” he told reporters Josimar Russian engineer Pavel, who refused, however, to give his real name. “Many of them pay nothing at all, because the process involved a lot of dishonest and frivolous subcontractors. I have 20 years working in the construction industry, but have never seen such a chaotic building”.

Saying that conditions have deteriorated sharply in the summer of 2016, immediately after the appointment of the Vice-Governor Igor Albin. He took the order from the main contractor and distributed it among the local smaller companies under its control. Supposedly the representatives of the Albina threatened them with all sorts of inspections and accounting audits, and many of them agreed to work for less money and even for free. To this end, they began to actively attract cheap labour, including from North Korea.

One Kyrgyz migrant worker, however, clarified in mood among the workers: “We’re not even mad at the people that we do not pay. Now in the world the hard times, including in Russia. Everyone deceives everyone.” The organizing Committee of the world Cup in Russia wrote in a statement: “the Protection of human rights of all participants of construction works in the stadiums are very important to us, regardless of their nationality.” As for the workers from North Korea, their number is small.

The international football Federation FIFA has received relevant information from various organizations and promised to investigate the situation. However, until now there has been no action. FIFA merely stated that it “condemns any violation of human rights and does not tolerate such conditions during the construction of stadiums for the world Cup.” In may 2016, FIFA stated that the participation of independent NGOs will check working conditions on construction sites ahead of the 2018 world Cup. Obviously, however, she has achieved it success.

At FIFA for the past many years hear the criticism in connection with working conditions, workers on construction sites, in particular, in preparation for the 2022 world Cup in Qatar, where there are numerous migrant workers living in appalling conditions, many of which die. In Qatar, incidentally, also employs about 2,800 North Koreans. 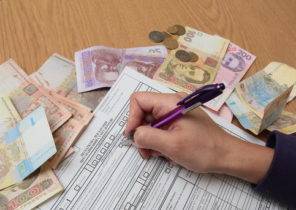 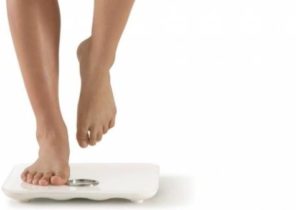