World, or rather, a major military and political forces see strange steps lately doing some States. Steps which display a clear lack of logic within the seemingly ordinary processes inherent to the various regional and international conflicts. Steps, heralding the dangerous end, despite the fact that the pace of terrorist threats that have troubled the whole world for the last ten years, is gradually declining.

An example of such activity that is not consistent with the course of the conflict, is the unexpected announcement of Russia to deploy missile complex “-400” to protect the capital Moscow. The placement, which was followed by a similar announcement of the beginning of placing the complex in the Crimea.

Whether Moscow was under direct threat? Or the Russian leadership overestimates the risk of growth of flights of American spy planes of the United States, followed by NATO planes at the Western borders of Russia, and also over the area the presence of military ships in the Baltic sea? Why the number of flights is growing?

The reason for concern about such measures is that they represent an illogical reaction in the framework of confrontation with the United States, especially on the background of the scandal with hacker attacks on election or conflict with NATO on the question of annexation of the Crimea Peninsula, which still remains in the focus of attention of both parties.

The second weirdest example is the amazing joy with which Poland celebrated the arrival of us troops sent by the Pentagon for deployment in the territory. And this is after decades Poland has resisted such a move. Washington also declared its intention to turn to deploy more battalions in Estonia, Latvia, Lithuania, Romania, Bulgaria and Hungary.

As for the usually calm and forgiving of Germany, its leaders last week with enthusiasm discussed the threat to democracy in connection with the rise of populist sentiment, while accusing Russia of seeking to undermine and destabilize relations in the Union of the parties who are on different sides of the Atlantic, and in fomenting social conflict in the West.

On the other hand, China excessive verbally expressed dissatisfaction with statements by the candidate on a post of the Secretary of state Rex Tillerson, who promised to eliminate the influence of China on the South sea. The Chinese press spoke about preparations for nuclear conflict, with met warning that “if Washington is not ready for war on a large scale in the South China sea, any other options not to allow China to these Islands just meaningless.”

Last week in its report, the risk assessments made by American intelligence, according to which the risk of conflict flaring in the next five years will only increase, and will reach an unprecedented level since the cold war due to the erosion of the system after the Second world war.

In that report, the sixth in a series of studies by the National Council of the United States on intelligence, said that “the immediate future appears bleak and difficult” due to the growing activity of Russia and China, regional and international conflicts and weak economic growth. 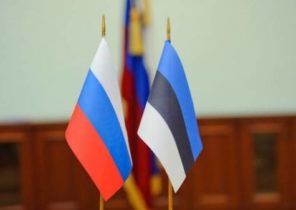