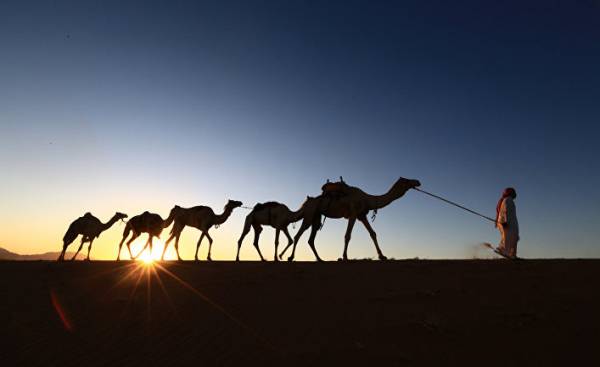 In the past few days in Saudi Arabia were several images that were presented as “indicators of the economy of Saudi Arabia”. These charts show that the economy is deteriorating and there is a big wave of economic recession, which, according to some media reports, already leads to a collapse of the entire economy. Image widely replicated in the network. Some even began to advise to leave the country, due to the fact that the economy soon will complete stagnation, and the situation is extremely critical.

The economy in pictures

Appeared charts show financial results from several companies and, when you look at them everything becomes clear, even without deep analysis. The irony is that the one who was collecting and distributing these graphics, worked hard to find companies with financial losses over the past 2016. However, the people who saw these charts decided that the company suffer losses, while the state is not able to do anything, and the representatives of the ministries look at the deteriorating situation of the companies, whereas those apart.

The author to confirm my opinion, use the information that the group Executive Directors of companies and banks sold their shares at high rates and that some other companies are currently working on a way to the Saudi market by discontinuing their investment. It is important that these graphics conveyed the message to the “people” that the Saudi economy is collapsing, companies suffered losses, foreign investments in the country are liquidated, and other such things.

The first question that arises after reviewing these data: is it possible to consider the economy of any country through the prism of multiple graphs, and to rely only on them and on the financial performance of four companies from different areas?! We will try to refute this point of view and to correct those inaccuracies, which contain these images relating to the Saudi economy.

As for the image, which Abdullah Mohammed al-Zamil has published in his Twitter account on March 1 of this year regarding investments in private sector by the commercial banks, then it was the inscription: “This is not an acronym, it’s a gradual decline.” It is worth to note that in another tweet after 6 days, he corrected this graph because the previous one contained errors in the calculations.

Saudi newspaper Al-Hayat reported that revenues in the private sector from Saudi commercial banks in December 2016 fell to the lowest level in the last 88 months (from September 2009) and made up of 11.77 billion riyals.

As for the annual decline, it was 28%. Reduction of financing under “cars” now amounted to a sum equal to 2.7 billion rials. It should be noted that the items on the financing of the private sector by commercial banks consist of 11 items. From the point of view of specific weight of the largest of them — the item “other products” (domestic products, meat products, sugar, tea, etc.), amounting to 47.2% of the total. In December 2016, the amount of financial income this item totalled 5,711 billion riyals.

The decrease of these indicators does not seem to be surprising for the government, because it was planned. On the other hand, the decline in these indicators is not talking about the downturn in the economy, as was written in the picture, but probably relates to the development of the economy, if there will be localization of production in some of the mentioned items. What the Saudi government is committed in the coming years, the reduction of funding and the localization of production, and reducing dependence on oil in favor of investment.

As for the schedule, one of the largest construction companies in Saudi Arabia Saudi Oger, for almost two years, as the company is suffering from numerous financial problems. This has led to layoffs of thousands of workers and failure to pay wages, and from time to time there are rumors about its bankruptcy.

It should be noted that if the company was in the country with growing economy would suffer from the above-mentioned circumstances, it would have declared bankruptcy in accordance with bankruptcy legislation in this country. However, the government’s financial support for this and other companies. But it seems that the train of the national vision of the Kingdom-2030 is coming to this company. The government no longer wants to bear the financial burden of companies, preferring to see her bankrupt than to keep afloat. In General, the fact of bankruptcy of companies exists in the economy and, while some companies declare themselves bankrupt, other companies aktiviziruyutsya and thrive. In any case, for the economy it is not a big problem.

In terms of financial performance of loss-making companies, these results indicate that the decline in the share of sales of these companies in different proportions affected the cost and net profit of the companies. These results are a signal that the economy suffers from slower growth, however, is not enough to look at these results to make a conclusion about the existence of the economic downturn. A mirror of the economy is the stock exchange and, if provided data of Saudi stock exchange on the situation in various sectors, we would see a different situation.

In any case, economic reports showed that growth in 2016 was 0.2%, which is proof enough that in the past year, the Saudi economy suffered from slowing growth. The international monetary Fund pointed to perceived economic prospects growth of the Saudi economy in 2017 and to 0.4%, and the lowest growth rate since the financial crisis of 2009.

In the end, there are indicators that reflect the essence of what is happening in the economy, and not be an incomprehensible labyrinth. Thus, the presented graphs do not give a true picture of the economy, views on gross domestic product (GDP), fiscal deficit, foreign exchange reserves, oil prices (if the country depends on income from oil sales in the budget), inflation and unemployment. Growth and decline in these indicators give a true picture of the economy. It would be correct to follow the oil price, its impact on the budget, to learn about the rate of economic growth, the deficit and so on, not to look at what some companies went into minus and the other plus, and how someone bought or sold the shares. 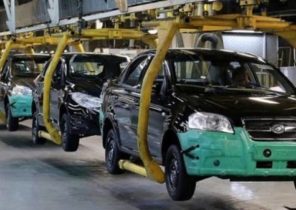