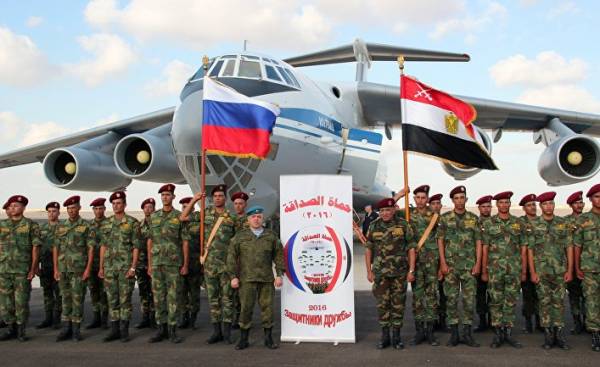 Is Russia going to turn to Libya? On several forums there is information about Russia’s intentions to confuse their actions political circles in the West, in order to divert attention from the President of Egypt Abdel Fattah Al-Sisi. Any news regarding the failures in domestic policy are bad for the image of the President of Egypt. Could have appeared on forums the information to ensure that the Egyptians another uneventful day without attention of the West?

Libya is one of the key positions in politics Egyptian President Abdel Fattah Al-Sisi because of the potential threat that will represent Libya in the case of control of the country passed into the hands of the “Brothers-Muslims” or those who sympathize with the organization. On the other hand, Libyan oil is the subject of serious interest Al-Sisi, whose country is suffering from a severe economic crisis. The President of Egypt understands the impossibility of making any decision in relation to Libya in the foreseeable future due to certain internal and external factors that are difficult to overcome at the moment.

The strategic importance of Libya to Russia cannot be questioned. Russia seeks to change the global political landscape. There is no doubt that Russia is extremely difficult to resist the temptation of participation in global decision-making. For the implementation of their plans Russia needs more modern aircraft carriers.
Moscow Patriarch more than confident that the current engines of aircraft carriers, producing thick smoke, can cause complaints from organizations for the protection of the environment.

But perhaps Russia has not changed the balance of power in the world, reaching a particular strategic position which once again took the role of active player in the international arena? There are a number of circumstances in which Russia has been able to achieve some success in Syria. However, Libya, unlike Syria, can offer Russia such a significant opportunity for many reasons. Here are some of them.

Russia is not able to simultaneously conduct two major wars (the war in Syria is not over yet). The Syrian war has put Russia in a difficult situation involving certain problems and risks. Russia needs time and financial resources to continue the military campaign in Syria. And also, the country needs to achieve international recognition of its actions in Syria, and therefore it is not yet able to think about campaigns in other places.

Russia will not have Iran to Libya, which complicates the situation. In fact, Egypt is an analogue of Iran. Many of the achievements of Russia in Syria achieved thanks to the efforts of Tehran, which prevented the depletion of Russian resources. In addition, Iran sent to Syria weapons and several thousand of their soldiers. In turn, Iraq has funded the regime of Syrian President Bashar al-Assad. All this greatly facilitated the task of Russia. However, such a campaign is extremely difficult to repeat in Libya or some other country. Despite this, President Al-Sisi calls on Russia to participate in the resolution of the Libyan crisis.

Libya has a large area of territory, ten times more than Syria. This country is on the African continent. From the North and from the South of Libya is surrounded by countries that can exert pressure to isolate the country. The rebels never faced serious regional powers. And so Iran, Iraq and Hezbollah still has not exhausted its resources. Despite the contradictions, they United in the face of external threats. In Libya, there are areas (such Mamimo), to which Russia can strengthen its positions inside the country. In addition, Libya is not Pro-Russian leaders, with the exception of Khalifa the Haftarot.

Today Russia is faced with a serious awareness of the West on their goals in the region. The West and the United States closely watching the actions of Russia, which is a certain difficulty in establishing any policy in the region. Russia is well aware of the fact that its rivals have failed in Syria and now want to carry out their plans in Libya, the most simple methods. But, what is the purpose on the forums has information about the intentions of Russia at this time, and what is the purpose of these actions?

There are three different opinions on this: Russia is waging psychological warfare to show his greatness and ability to take action; confusing other players; distracts them and pushing for recognition of the role of Russia in resolving the situation in Syria and Ukraine; expanding its influence in other regions. The desire of President Al-Sisi to strengthen relations with the United States and the Gulf is intended to give impetus to the development of the competitiveness of Egypt, along with the major international and regional players. Al-Sisi hides the fact of the Russian presence in Egypt and the provision of Russian military bases on a permanent basis. It is known that the Soviet Union’s withdrawal from Egypt deep blow to the ego of the country. Russian President Vladimir Putin hopes to erase this episode from the Russian-Egyptian relations but also to restore the Russian military bases in Egypt, which kind of looks like a victory over the United States.

Russians positively assess Russia’s presence in Egypt, unlike Libya. It is connected with the absence of the likelihood of any resistance on the part of Egypt. Relations between countries are developing similar cooperation with Iran on Syria. At the same time, cooperation with Egypt and Russia’s presence on his territory threatens the trade routes from Europe to the Indian and Pacific oceans. As for oil, Khalifa Haftar controls large areas of the country, where the main reserves of Libyan oil. In addition, Libya remains Soviet weapons to maintain control over the country. 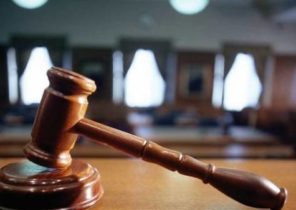