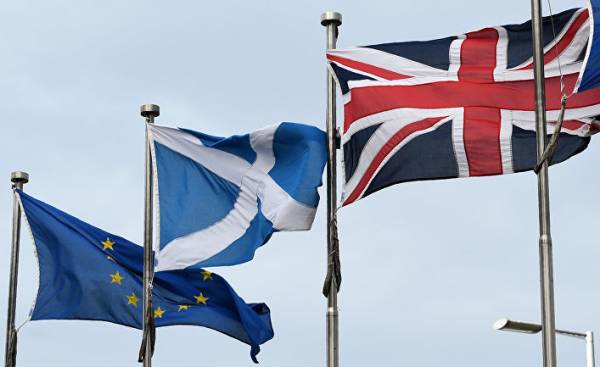 Britain officially launched Brakcet. The Scottish Parliament voted to hold a new referendum on independence. This means that the parties are ready for battle. Scottish nationalists, led by Nicola Sturgeon (Nicola Sturgeon) declare the British government, Theresa may (Theresa May) that they prefer to be in the European Union, not independent of Britain. If in 2014 the nationalists are unable to prove that independence will be economically beneficial to the Scots, now it makes sense to appeal to long-term prospects.

Despite the prevalence of arguments to remain part of Britain, the answer to this question for Scotland is not as obvious as it may seem. Sometimes some countries are ready to accept the serious economic hardships in the name of civilizational choice. When, in 2014, Ukraine decided to get closer to EU and away from Russia, from an economic point of view it was a jump off the cliff, but outside Moscow, few people condemned the decision. Ukraine remains confident that the European Union is waiting for her a better future than Russia. Similarly the Scottish separatists should be emphasized that the deterioration of the economic prospects of Britain after Breccia speaks in favor of their proposed measures.

It is often argued that Scotland now have less economic justification to seek independence than in 2014. The previous vote took place at a time when oil was worth $ 90 per barrel.

Supporters of independence predicted that it will continue to go up, and revenue Scotland will increase. However, since the price of oil has fallen by almost half and can’t seem to recover. In addition, if Scotland be in the EU but outside the UK, it will immediately wait for the trading shock. 63% of Scottish exports go to Britain, and to enter into independent trade agreement with the southern neighbor country can not. In Scotland, a member of the EU, also fail to save the currency pound sterling, how was she going to do in 2014 (however, the government in London already then said that she may not hope). She will likely have to adopt the Euro, which would have unpredictable but probably negative consequences for its competitiveness. Pound — currency of the main Scottish export market — after the vote on Brexia fell against the Euro.

In addition, the still relevant question about a 10 percent deficit of the Scottish budget, which is covered by subsidies from London (despite the fact that the British budget deficit in the past year reached 2.9% of gross domestic product). The EU definitely does not need another offender of his budget Pact limiting deficits to 3% of GDP, and opponents of an independent Scotland within the EU — such as Spain — will not hesitate to use this argument (despite the fact that Spain itself does not respect the rule of three percent).

Britain subsidises Scotland to the amount of approximately $ 12 billion per year. According to the official data for the years 2015-2016, Scotland, which represents approximately 8.2% of the population of Britain, provides only 7.9% of UK tax revenues. However, she spends more per capita than other UK regions, as its residents are on average older and among them less than citizens.

Of course, the EU also subsidises Scotland. In 2015, agricultural subsidies, the largest component of European aid have reached 762 million dollars. However, according to the official statistics, Scotland as part of Britain, remains a small donor to European funds than their recipient.

This implies that independence in order to preserve or, more likely, to re-purchase the EU membership will bring to the Scottish economic problems and the years of forced savings. Of course, Ukraine is an extreme case, and Britain is clearly not going to invade Scotland if they vote for separation. However, it is worth noting that the Ukrainian economy in 2014 decreased by 6.6% and in 2015 — by 9.8%. This was primarily the result of reduction of trade with Russia, not offset by sufficient growth of trade with Europe. The reorientation of the whole country to another export market is always a painful process, even if the new market is much larger than the old.

An economist from Oxford University Simon Wren-Lewis (Simon Wren-Lewis), however, believes that in the long-term departure from the UK can go to Scotland for good. “Imagine two parts of the island. One of them has easy access to the huge European market, and the other does not. Understandably, the economy of some of the parts will grow faster,” he said. This sounds very similar to the arguments of the Ukrainian patriots about the fact that the gradual growth of trade with the EU and other developed market economies is more useful in the long run than trying to cling to the Russian market.

Ultimately the people of Scotland will have to do — like the Ukrainians — is not an economic choice. Thus with the economic consequences of this choice the separatists will still have to deal with. Economically Ukraine would be more profitable to be a satellite of Russia, but politically she wanted to be part of the West. Despite the fact that the last three years have been difficult, among the Ukrainians, not wishing to return to the Russian sphere of influence.

There is a similar argument in favor of Scottish independence. “Vote on whether to remain part prone to self-defeating policies, which is closed in itself, xenophobic and unmanaged Britain, now looks risky choice”, wrote after the vote on Brexia Gordon MacIntyre-Kemp (Gordon McIntyre-Kemp) on the Pro-independence Business for Scotland website. As in Ukraine, the supporters of a certain political position argue that to support them means to be on the right side of history.

Mei clearly intends to avoid a second referendum, but this is a dangerous tactic. In the letter of Breccia sent to the European Union on Wednesday, the Prime Minister proposed a “bold and broad” Agreement on free trade. This probably won’t be enough to appease the Scots, who would prefer to retain full access to the European single market. May also can only hope that the UK economy will not weaken during the negotiations — and in any case to reduce subsidies intended for Scotland, it will be impossible. May need to prove to the Scottish electorate that Brexia they will not become worse. If growth is reduced, calls for a new plebiscite will sound louder.

While Prexit did the idea of independence is more popular among the Scots. Therefore, although the separatists and call as soon as possible to vote, deep down, they probably pray that Mei had time to commit follies. In addition, by the separatists, too, need time to develop new arguments, in addition to used in 2014. And, most likely, these new arguments will appeal to the civilizational choice in favor of the Union and to long-term adverse economic consequences of further stay in Britain. 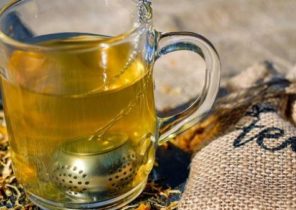