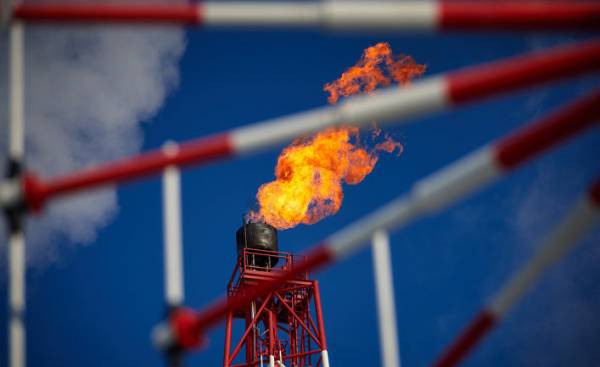 He stressed that Moscow is discussing with Damascus, the prospects of participation of Russian companies in oil and gas projects in Syria. Attention is focused on the issue of security for the success of companies focused on assisting Syria with Russia in the development and production of oil.

Novak said that our countries are in close cooperation based on trust “Syrian partners”. He also mentioned the possible involvement of Russian companies in modernisation of existing projects in Syria.

He added that the political and military situation in Syria is complicated, but Russia continues to make efforts in the framework of the resolution of the political conflict in Syria, but also creates additional opportunities to combat terrorist groups that are there.

Despite the fact that Syria was one of the producers of gas (after its discovery in the town of Sadad in the suburbs of HOMS, the city of Kara in the West Kalamansig mountains and the Mediterranean sea), Minister of petroleum and mineral resources Suleiman al-Abbas said that “natural gas production in Syria began to decline in the second half of 2012 because of the events, which caused damage to production facilities, processing plants, oil storage tanks and power lines”.

The rate of production declined by more than 50%, when down came the part of refineries in the cities of Ebla, AMR, the field of al-Jabez (near the city of al-Shaddad in the North-East of Syria — approx. ed.) to the North of the country and some of the tanks in the Central region.

Al-Abbas said that currently, the daily production figures reach ten million cubic meters of clean gas. “That’s not enough for the local market, so you have to partially compensate for the expense is imported or re-cleaned the fuel to run steam systems”.

Al-Abbas stressed that the energy sector is the main consumer of gas, which is produced by the Ministry of oil. About 90% of all gas consumed and most of the fuel enters the power plant the Ministry of electricity.