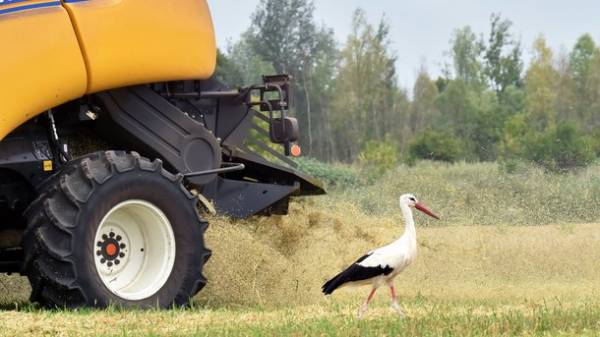 In recent years, Ukraine has gathered a record harvest of grain and oilseeds and increased exports. So, until the end of March, overseas will be shipped about 32 million tons, and by the end of the marketing year (July 2017) — 38-39 million tons of Ukrainian grain, writes UBR.

Also by March 2017 have been exported around 2.7 million tons of sunflower oil, 0.5 million tons more than a year ago, said the General Director of “UkrAgroConsult” Sergei Feofilov.

According to experts, the next harvest will be better than the previous ones and there is every reason to expect a revision of the current forecasts upwards.

“Everything is going according to last year’s scenario. At first worried about Njegoseva and the status of winter and then the weather changes and we get a good harvest. For example, now the wheat harvest is projected at 24.2 million tons, which is less than last year’s 26 million tonnes. However, I do not exclude that in the end we will reach the figures of 2016,” — said UBR.ua the leading expert of “UkrAgroConsult” Elizaveta Malyshko.

Assessment food and agriculture organization of the UN (FAO), in Ukraine the total area under winter grain crops in the current season amounted to 6.1 million hectares, down 1% compared to last year. By the end of winter, about 80% of crops were in good or satisfactory state, so in 2017 the FAO analysts predict a decline in gross yield of wheat in our country 4% to 25 million tonnes.

According to the March forecasts of the consulting Agency AAA, the next harvest is expected to reach 60-61 million tons. Of these, 25 million tonnes will be wheat, about 9 million tonnes of barley and 25.5 million tons of corn. The production of oilseeds tipped last year’s figures.

As noted by the head of the analytical Department of the consulting Agency AAA Maria Kolesnik, it’s preliminary forecasts, which will be adjusted depending on weather conditions. 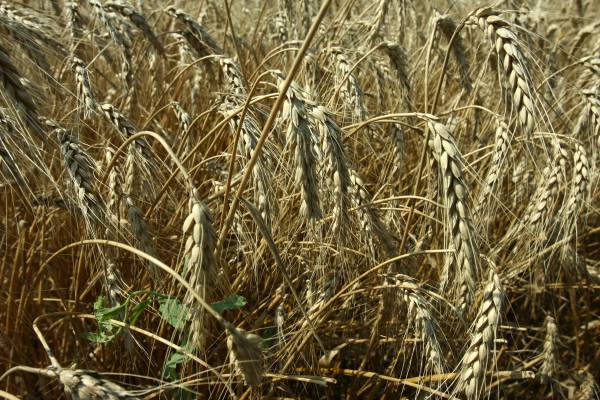 The profit of farmers depends on the situation on world markets. Photo: “Today”

Elizaveta Malyshko said that Ukraine could increase its grain production capacity to 75 million tonnes. We will remind, last year there were around 66 million tons of grain and leguminous crops. This indicator became record for all the years of independence.

“In the future to increase production of almost all crops. For example, the most profitable grain crop was corn. The average yield at 6.2 tons per hectare. At the same time in the US to collect 10 tons per hectare. That is, investments in innovative technologies can increase current harvest by at least a third,” — says Elizaveta Malyshko.

Here only it is necessary to understand, whom it will be possible to sell additional volumes of grain. Especially with the introduction of more expensive technologies of cultivation, for example, on irrigated land in the southern regions of the country. “To sell corn at $ 160-165./t means receive less profit,” says Malyshko.

Ukrainian farmers are exporting bulk commodities, and this means that profit directly depends on the situation on world markets.

According to “UkrAgroConsult”, world grain prices remain stable here for the last two seasons. World reserves grow from year to year, so the factor of crop failure in a particular region does not raise quotes for grain. So, in the short term (2017-2018) farmers should not count on more revenue.

On the contrary, given that the crop has become more expensive, at least 10%, the profitability of the major crops in the 2017/2018 marketing year will be lower than in previous seasons.

According to experts, increase the profitability of the traditional ways, in particular, due to the increase in production and exports, is becoming increasingly difficult.

“Extensive development is the increase in yield due to the expansion of space leads to nowhere. Therefore it is necessary to improve production efficiency, increase income from 1 hectare of land,” — said Maria Kolesnik.

But improving productivity requires considerable investment. While farmers are increasingly inclined to invest in foreign technologies (especially the new hybrids of seeds) that you buy for the currency.

“85% of the money necessary for conducting field work, the villagers take from his own pocket 10% for loans and 5% on various funding schemes, for example, forward contracts or advance payments”, — says Sergey Feofilov.

Therefore, reducing the income of farmers will affect their possibilities of increasing production efficiency. It remains to find the good in narrow segments, for example, to increase the production of niche crops.

As the analyst of the world market of grains and oilseeds “UkrAgroConsult” Elena Genova, in this situation, each region tries to find its strategy to maximize margin.

“For example, in the United States sharply reduced the acreage under wheat in favor of soybeans in Canada is more focused on the production of niche crops, such as peas, chickpeas. Australia is phasing out wheat in favor of canola. China also found a way out and more goes into the processing of raw materials, expanding these facilities,” she said.

According to Maria Kolesnik, Ukraine recently also gaining popularity in the cultivation of peas.

For example, peas require early sowing with high soil moisture and moderate rise in temperature. Ukraine last year expanded the crops of peas and won because it was a fairly wet spring. This year is also similar weather.

“The area can be 275 hectares and Some of the southern region have already exceeded the plan of sowing for this crop at 20%. So it will be a good harvest and a new record export level of 400 thousand tons”, — told Elizaveta Malyshko.

According to Sergei Feofilova, niche crops is growing demand from consumers. For example, more profitable to produce chickpeas, which is significantly more expensive than traditional crops.

“However, it can not sell the ship in batches of 50-60 thousand tons. Really only trade in the target markets, presenting the product in the package or even a semi-finished product. But most of our farmers are not willing to establish new relations with consumers”, — said Sergey Feofilov.

Bankers: you can buy cash dollar Ukrainians and resell it on the interbank market
Meanwhile, according to him, the competition is now shifting from the sphere of production in the segment of consumer relations.

“Why ramp up production if you sell a product no one will. So, for example, the American company Cargill is building warehouses and elevators in the countries where they live, potential consumers of their products. To better understand their needs, to adapt to dietary habits, and eventually get a higher margin,” says the expert.

For Ukrainian companies is complicated, as for any sudden changes need a lot of money and another level of management. It would seem that you can earn on such crops as rye or buckwheat, which in recent years have shown significant price increases.

As explained Malyshko, rye crops declined steadily. If the last two seasons the situation was offset by reserves in the past year it became really critical. Rye flour was in short supply. Prices rose by about 20%, which made profitable the import of grain and flour from Russia.

“Now the production of this crop again profitable, and the crops in the fall of 2016 rose to 170 thousand hectares, which covers the internal needs of the country. And prices will fall again,” said Malyshko.

So you cannot talk about stable earnings in such low production volumes, and besides the domestic market, these cultures are not in demand. With crap the situation is similar, last season produced enough grain and cereals. Prices decreased in comparison with the year 2015 and the level of production ensures the domestic market.

The number of the population continues to decline, and with it domestic demand. “The domestic consumption of grains is reduced. If three years ago it was 5.5 million tons of wheat, now 4.8 million tons”, — explained in the “UkrAgroConsult”.