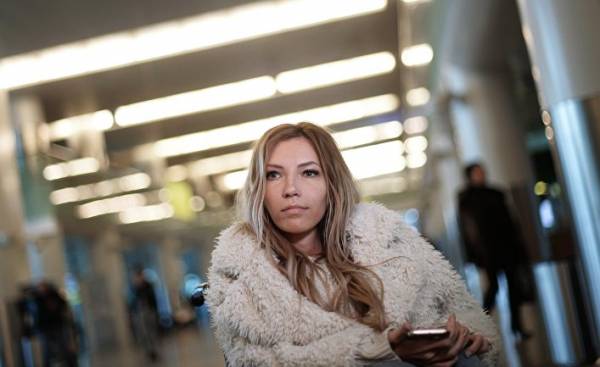 Russia has decided to send to the Eurovision song contest, which this year will be held in Kiev, singer Yulia Samoylova. Ukrainian MPs have demanded not to let Samoylova in Ukraine: in 2015, she visited the Crimea and took part in the festival “the World of sport and the good.” From the point of view of Ukrainian law, is a violation of the order of entry in the occupied territories — as in Kiev called the Crimea and the Donbass. The ban on entry into the country — the mildest of the penalties for such a violation of the law.

But in the history of the Russian participant of Eurovision her visit to the Crimea — not the most important. The fact that Yulia Samoilova — disabled since childhood, she moves in a wheelchair. It turns out, Ukrainian authorities are going to forbid to participate in a music competition singer-disabled. Verkhovna Rada Deputy Anton Gerashchenko has offered a more original way to punish Samoylova: let him come to Kiev, and here we have her arrested and put in jail! Support for this idea has not received yet formal participation of Yulia Samoilova in the Eurovision song contest really is open to question.

What we hear from Ukraine to the singer-disabled sounds cynical. The law, of course, it is the law. But fighting with disabled people, participants of the Eurovision… If this music competition and the truth is so important to demonstrate the “European path”, who chose Ukraine in 2014, as is constantly talking to the Ukrainian authorities, that the scandal of the rejection of Yulia Samoilova or her arrest strikes on Ukraine’s image a severe blow in the eyes of the same European audience.

But isn’t less cynical position of the Russian TV people and the state (the First channel, organizing the selection for the Eurovision song contest organization is actually public)? To send to the European music competition for a disabled girl in a wheelchair is 100% compliance with the “European values”, which in Russia so like to scold. The difference, however, is that in Europe and in Russia, the attitude to disabled people and people with disabilities are fundamentally different. According to various polls, the majority of Russians with the opinion of the national jury do not agree. Reason is the opposite: someone who believes that trying to win a contest, sending him to the disabled — just a cynical ploy. Others believe that Russia itself will appear as disabled if at Eurovision it will be the girl in the wheelchair.

However, just a few days before the announcement that Russia at the Eurovision song contest will be represented by a girl with a disability, the same Russians unanimously spoke out in defense of other disabled people — Eugene Smirnov. This young man without legs participated in the show “Minute of fame”, where they danced break dance. The reaction of the members of the jury has caused indignation of audience. TV journalist Vladimir Pozner said Smirnov, to use his injury for the sake of victory in the show is unfair. Film Director Renata Litvinova Smirnov advised next time to make a prosthesis. The First channel… fired the Director who missed the broadcast utterances of both members of the jury. And now the Eurovision song contest Russia will be represented by a girl in a wheelchair.

In this story it is interesting that Russia, which has always stressed its “otherness” to the Western world, their particular traditional values that have nothing to do with the European — the same Russian reality operates under the same Western agenda. “Traditional” Russia never released at the scene of the disabled — “why look at the freaks, what a perversion!” In “traditional” Russia, people could survive for a man with no legs and sympathize with him if he fell, standing in line for bread. But to see a talented, ambitious young man or woman with physical disabilities on stage trying to win the competition on a par with ordinary people — this is too much! “If you’re disabled — and then sit yourself at home, we don’t spoil the scenery!”

In this sense, the attitude towards people with disabilities in Russia is reminiscent of the attitude towards sexual minorities: “We are against these people have nothing, but let it sit quietly, not satisfied with their pride and rallies and not to show their sexual orientation”. But disabled people — who, incidentally, also a minority — so no longer works. And naturally, the society starts to get nervous and react to such things as participation of the disabled in the Eurovision song contest or its right to compete with ordinary people. And not in the framework of the Paralympic games, and in the popular contest “Minute of fame”.

That the disabled can be productive members of society, received in this case is another proof. The fact that the parents of Yulia Samoilova convinced that the disease from which their daughter at birth, confined to a wheelchair, is not hereditary, but was the result… unsuccessful inoculations against polio, which Julia did in the hospital. In vain the doctors, including foreign ones, who tried to help Julia, said that in this case we are talking about a rare disease caused by just the genes of the parents, and that no vaccination against polio would not have led to such catastrophic consequences. The singer also believes that became the victim of a medical error.

Today Julia is giving interviews, which encourages parents to opt out of any vaccinations and to vaccinate their children — “look what they did to me!” Especially popular such interviews are on various Orthodox Internet portals conservative orientation. But also in the materials of mainstream media on future participant of Eurovision, certainly mention the firm position of the Samoilov family on the issue of vaccinations.

It seems that in the XXI century the vaccination of children against dangerous diseases should not generally cause issues. But in this case the example of Yulia Samoilova, who believe that she was a victim of vaccinations proves that the disabled can sing, can move around in a wheelchair and to be charismatic, can win competitions and to win the right to represent their country at the international level — and to be stupid. That is, no better and no worse than ordinary people, which move using two feet and not wheels. And it’s probably the best argument for the Russians in favor of equal rights for people with disabilities.

Banks in the UK are not ready for Brexit media 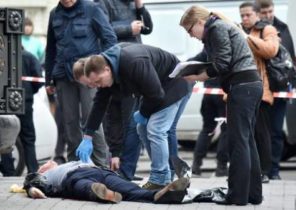