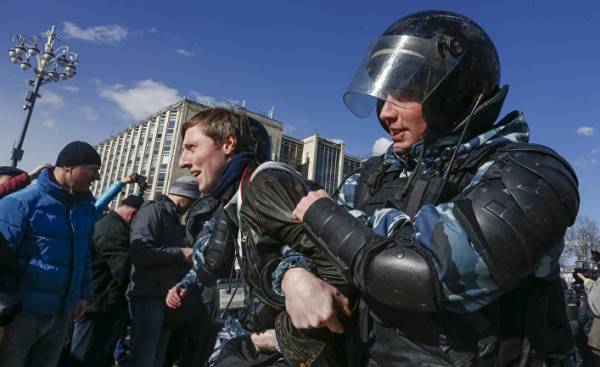 On Sunday, the protests spread throughout Russia, not only Moscow and Petersburg, but also dozens of other cities, including Khabarovsk and Vladivostok in the far East. According to the interior Ministry in the capital the demonstration came about eight thousand people. The Russians protested against corruption. Catalyst of discontent was published a few weeks ago, a report on the assets Prime Minister Dmitry Medvedev, who demonstrated the scale of corruption at the highest levels of government. The Kremlin ignored the investigation, leading the Russians into a rage.

Although the immediate cause of the events in Russia and Saturday’s demonstrations in Belarus have been different, they have a common denominator. Belarusian and Russian protests broke out not on ideological and not political reasons. People took to the streets not the slogans of freedom and democracy, and concern for his own wallet. Russians and Belarusians came to the largest over the past six years of the action, seeing that corruption, poor economic governance, greed and arrogance of the authorities affect the standard of living of the people.

The scale of the demonstrations in Belarus and Russia caught the leadership by surprise. The response was standard. Russian law enforcement acted, perhaps not as tough as the day before of the Belarusian, however, are not sitting idly by. Police detained several hundred protesters, including opposition leader and organizer of the protests, Alexei Navalny.

Putin has cause for concern

The protest was suppressed, but the reasons for concern from the Russian authorities remained. First, demonstrations were taking place across Russia. People took to the Central squares of their cities, not only in the liberal opposition intellectuals and Moscow, but also in large industrial proletarian cities, where still the loudest voice was not of the middle class and disaffected youth, and the Pro-Kremlin trade unions are large (often state) enterprises.

The second reason for concern is the effectiveness of the opposition. Alexei Navalny and related circles in recent months has done a Herculean job in the field, creating structures throughout the country and, most importantly, revealing hundreds, if not thousands, of cases of corruption. They attracted the attention not only of the Moscow cases involving Ministers or Kremlin bosses, but the local history of a provincial scale. They collected facts, and published them. It wasn’t just as cut off from access to the media the opposition has little channels of communication with Russians. Remained, actually, only the social network, and then only to a limited extent: of persecution of the authorities, for example, for publishing on Facebook call for protest actions. Fortunately for the opposition in Russia is widespread belief that corruption has penetrated the state through. With this problem faced every Russian. At the same time everyone sees the wealth of officials, and compares their situation with their standard of living, which in the last three or four years has been steadily declining.

The third problem of the Kremlin lies in the source of the protests. The spark that caused the explosion of protests was the Bulk report on corruption in the Prime Minister’s entourage. Dmitry Medvedev, who is still considered a relatively liberal face of the Kremlin, had not been the target of serious attacks, and some enemies of Vladimir Putin from the opposition even gave him a positive rating. Navalny has published photographs of the luxurious residence of the Prime Minister and showed a scheme whereby from the budget through the network associated with Medvedev funds which are managed by his colleagues in student days, I derived a huge amount. For Bulk and the whole extra-parliamentary opposition, Medvedev became the perfect target of the attack: the opposition was able to show that the Kremlin has no attractive people, and the Prime Minister acts as the same element in a corrupt system, like Putin.

The success of the opposition. What’s next?

The opposition has achieved great success, managing to reverse the passivity of Russians, who after the annexation of Crimea paralyzed nationalist propaganda. The protests forced the Kremlin worried. This excitement is enhanced by the fact that the government tries to prepare for crisis that may arise in connection with the presidential election next year. Russian leadership has two tracks now. It can allow the liberal opposition to take in this election of limited participation, that is, for example, to nominate Alexei Navalny (who, of course, is initially doomed to defeat). But if the demonstration will exceed the critical mass will become too numerous and frequent, the government can choose another option and to deal with tough opposition. Judging by the way the Russian leadership has acted so far, we can assume that it will choose the second scenario. 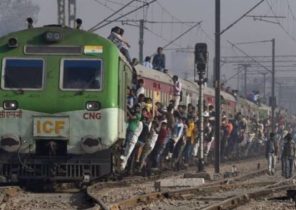 In India, the farmer seized a train