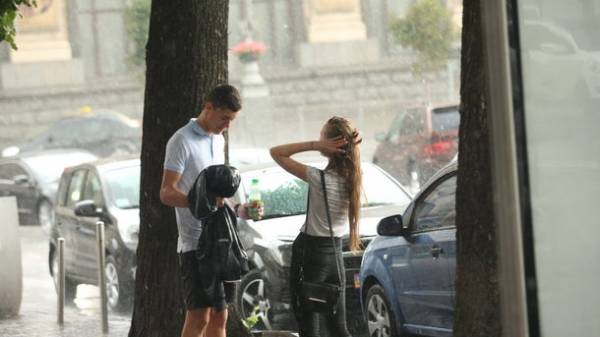 In Ukraine this Saturday, strong thunderstorms will be across the country. However, already on Sunday the storm cyclone will leave the country, the rains will return in just a few days, on may 30. While the Ukrainians are warming up to 27 degrees in the afternoon. The website “Today” found out what weather to expect Ukrainians.

On Saturday all over Ukraine will be thunderstorms, forecasters predict. In Kiev, the temperature will vary between 19-21 degrees above zero. The same weather is expected this afternoon in the West and centre of the country. In the North the air will be warmed up to 18-21 degrees. Relatively warm weather in the East and South, except for the Odessa region. So, in the southern and Western regions the temperature will rise to the level of 23 degrees Celsius in the daytime, and in the Odessa region – from 19 to 21 degrees above zero. 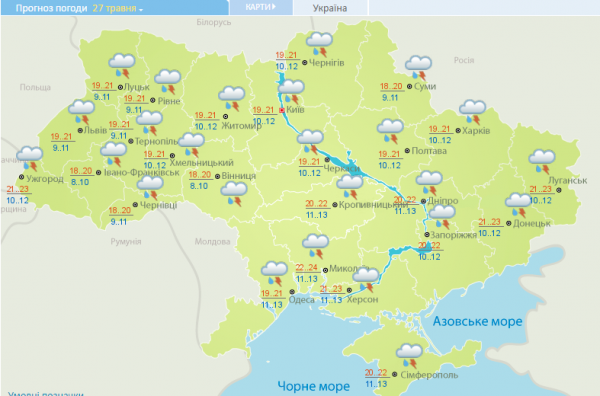 On may 28, the storm cyclone will leave the territory of the country. Forecasters predict a warming in the West and in the capital – up to 24 degrees Celsius in the North and East to 21 degrees, and in the center and South of 23 degrees Celsius. 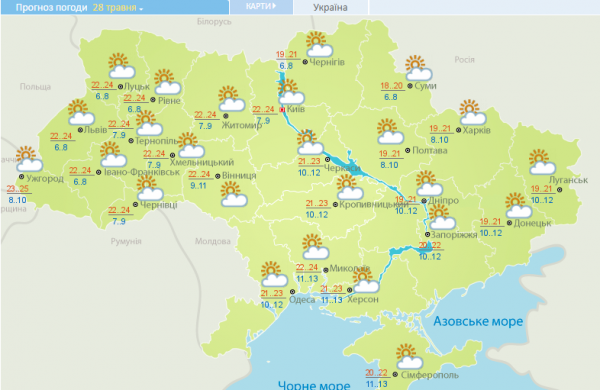 Warming will continue into early next week. Thus, on 29 may, almost the entire territory of the country the thermometer column will fluctuate in the range of 25-27 degrees above zero. In Kyiv, Zhytomyr, Sumy regions and in the East is expected to cloudy weather. In the Chernihiv region will be thunderstorms. 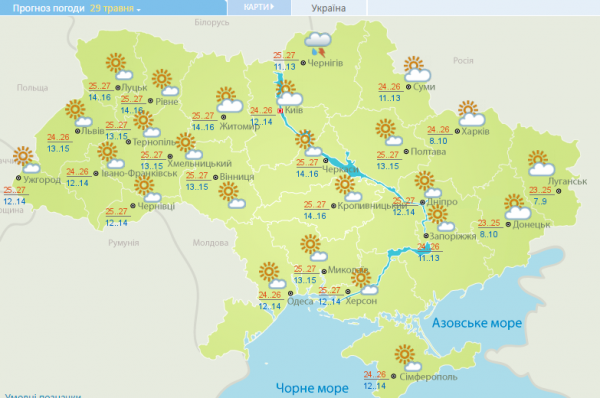 May 30 storm precipitation is also expected in Kyiv, Cherkasy, Kropyvnyts’ke, Poltava, Sumy, Kharkiv, Luhansk and Chernihiv regionH. the rest of the – mostly cloudy. Relatively cold weather is expected in the East from 19 to 21 degrees above zero in the South, centre and West to 27 degrees. And in the North the temperature will vary between 19-21 degrees above zero. 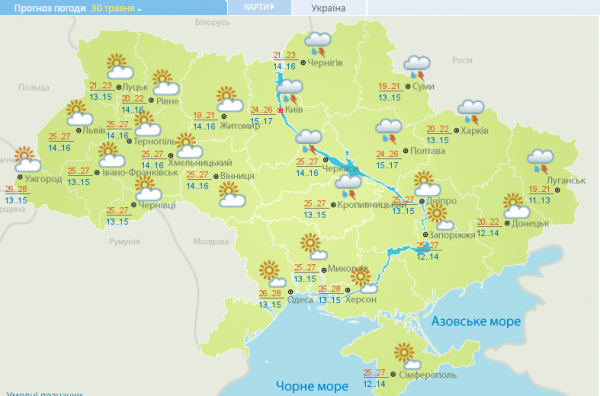 27 may the sacred memory of the Holy Martyr Isidore, informs a portal “Weatherman”. In earlier times this day was looking like the end of any cold weather: “On Sidor depart all syvery (cold)”. But if the day was cold, I would expect the same summer: “Sidor siverko (the North wind), and the summer is as follows”. On the day Isidore flying Swifts and swallows bring the heat.

May 28 marks the day of memory of Pachomius the Great, who had the gift of the miracle worker and healing from disease. In the people this day was called Pachomius warm, or Pahom Barogram: “I Came Pahom – smell of warm”. As a rule, this day has always been warm and pointed to the fact that the coming summer is too warm.

May 29, revered the memory of the monk Theodore the Sanctified, who was famous for Holiness of life and the abundant gift of miracle-working. The people called him Fedor Zhitnik, because 29 may was a period for sowing of spring crops. If Fedor blossomed Rowan, so the weather will be warm.

30 may is the day of St. Isaac of Dalmatia, the Holy Apostle Andronicus and Iunii. They believed in Christ, preached his doctrine. Died peacefully, for the first century was rare. In the old days noticed that the summer weather is exactly how it was that day.

May 31 venerated in memory of the Martyr Theodotos of Ancyra and seven virgin martyrs. Theodotos healed the sick, helped the needy. In the old days, this was due mainly to the sowing of flax. Our ancestors watched what tree this day the sheet will deploy. If the oak before the ash sheet is empty, so the summer portends to be dry. 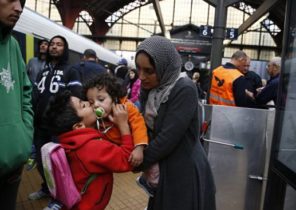