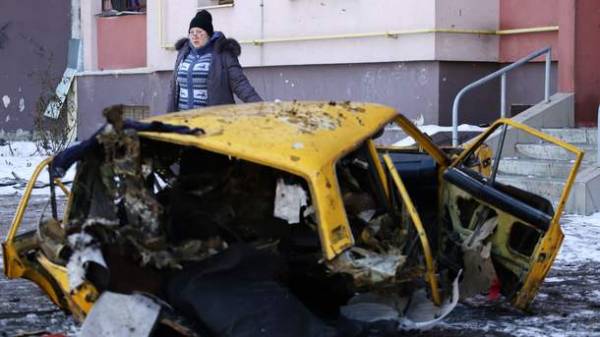 Transnistrian scenario in the Donbas bad for Russia, as it will be forced to go through the whole responsibility for this fragile area. This opinion in comments to “Today,” stated Professor of political science at Rutgers University in Newark (new Jersey) Alexander Motyl.

“What concerns ODLO, there are pros and cons. TRANS-Dniester scenario is bad for Russia, as it will be forced to go through the whole responsibility for this politically and socio-economically hopeless district. Then it is better to annexation, which will completely remove the rebels from power and to stabilize the territory. At the same time ORDO does not have the Patriotic resonance among Russians, like the Crimea. Who is ready for a further decline in living standards for Donetsk? Russia found itself in an impasse from which there’s no good way. There remains the factor of Putin. He is unpredictable, not fully rational, impulsive, incompetent. Clever Putin is needs to be against the annexation. Foolish Putin is ready even the biggest nonsense,” said Alexander Motyl.

On the question of whether the Kremlin to go for the annexation of Donbas, in any borders, Professor of political science at Rutgers University in Newark said, “This is a complex issue. On the one hand, Putin can do what I want, especially since the US and Europe are busy with their own Affairs. On the other, the annexation would be a very risky proposition, because that would mean: 1) breaking the Minsk agreements; 2) a further violation of international norms and agreements; 3) strengthening and extension of sanctions; 4) consolidation of the West and the full implementation of the “cold war”. What are the boundaries? Likely to those that is, because the distribution ORDO the whole Donbass would mean full scale war with uncertain consequences for smart Putin…”.

We will remind, in an interview with “Today” said the Deputy head of the presidential Administration Konstantin Eliseev expressed the view that the situation in the Donbass turns into a Transnistrian scenario. Deputy head of the AP did not rule out the holding of any referenda or local elections, even fake, from which Russia dissociate themselves, but in fact de facto it will strongly support and promote.