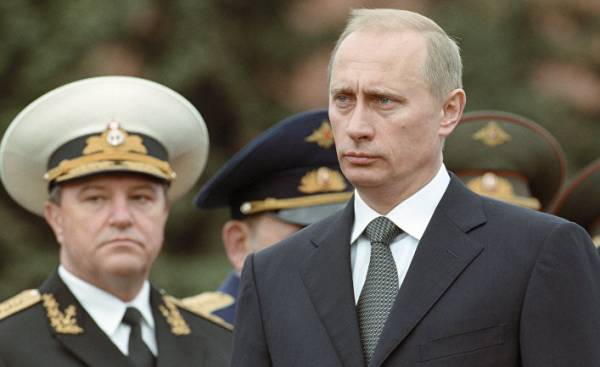 Russia’s agreement with the forces of the Party “Democratic Union” (PYD) in Syria, or demonstration of such consent we understand as a small item deep game between Russia and the United States. Russia has long wished to soften the warlike atmosphere in relations with the United States. Putin, who has repeatedly made clear it does not need a quarrel with the United States. Just to agree with them, Putin uses all the features. By doing this, he wishes to balance its vital interests. And when we pay attention to the most important of his aspirations, we see that it is primarily the desire to “defend their actual presence in the post-Soviet space.” The USA not only in this region, which occupies a special place in American energy policies yet does not seem realistic. But contact with Russia, which is actively involved in the Syrian issue and found the seriousness of the situation, now is not included in the “national interest”. The reason is simple! There is the China factor and the U.S. — Russia “an important force that can stand in the way of China”. But the United States for years trying to weaken it and to implement the project “Russia under their own control.” If you look at Putin’s policies in the beginning of his reign and his later actions, we can see that at first Putin appreciated US, and then moved on to demonstrations of force.

Now the main thing for Russia is to minimize the deep fissures that emerged between her and the United States. Therefore, Russia has lit the green light for the support of the PYD, which was also the desire of the United States. Here it becomes clear that they about something have agreed. Or at least Russia got from the US some promise. Apparently, this promise is related to the position in the Crimea through the Ukraine. In addition, there is the Caucasus, Moldova, Belarus, Central Asia. For several days the President of Belarus Lukashenko talks about protesting Pro-Western opposition. He says that the West intends to repeat the Ukrainian scenario in Belarus. Putin does not want a new Ukraine in the region. If this situation becomes serious, the likelihood of Russia’s entry into the atmosphere of a new war are very high. If you look on the other hand, the United States stubbornly determined to drive Russia into a corner. Therefore, a special meaning has a question about what the argument moved and convinced Russia in the issue of PYD.

Russia has one problem. On the one hand, China — an ally of Russia, on the other hand, when she had a rough time, China has left Russia in the lurch. Therefore, the US opposition to Russia almost no hope for China. While China prefers to win without a fight, Russia has no such advantage. Russia at this time wants to get their share in the new world order and demonstrates the position: “When should I fight when should I put up”. In fact, this situation contradicts the Russian approach to policy-making. But in the new period in Russia, apparently, decided to change his style. Iran to Russia to counterbalance U.S. influence in the region, from the Caucasus to Belarus and Moldova. Centered around the power of Russia is considering as a balance to the Union USA — UK. Russia believes that Germany will not cope with the problem of leadership in Europe. On the line of Germans and Russians that have a deep affinity with the Germans portrayed as “competing element for Russia.” We understand that with the deepening of the Ukrainian crisis, the United States, pointing to Germany as the patron of Kiev, one shell struck two goals. They, on the one hand, destroyed axis Russia — Germany, on the other — the axis of Russia — Ukraine. In short, in the current situation, the United States becomes more difficult to predict what Russia will do. Because consistent and stable political rhetoric, there is only one question. This is the principle of the inalienable rights and territorial integrity of States. Russia aims to use the situation of the violation of this principle in cases where the state can readily undergo decay, for example, Syria.

As for Russia’s attitude towards Turkey, it is in the nature of things can never take the character of a deep friendship. But permanent interests of Russia and Turkey to force them to play nice with each other. Russia is aware of this. Russia, which does not know what position to take in the future in the matter of the Caucasus, Central Asia, but knows that it will last up to push the final reconciliation with Turkey. Nevertheless, Russia undoubtedly would take some steps to keep the sympathy of Turkey for yourself. The basis of the situation in Syria, which looks inconsistent, is the aspiration “while breaking everything you can to minimize disagreement with the United States.” Russia is not afraid of the United States. And the fact that in conditions of economic collapse of the heroic stories will do nothing!

Russia to again become a major influential player, will use its success in Syria. It is not so much whether it is to do it without offending Turkey, but what Turkey will do in response to it. In fact, Turkey has tremendous tools that it can use. And Turkey is a step-by-step uses them on the battlefield. When you look at Syria overall depth of the actual presence of Turkey is a question that Russia, too, must take into account. The constant presence of Turkey unlike Russia provides not only the army. When we analyze the view of the people living there in the Turkish army, we see that it is associated with the deep codes, and Russia is also aware of it. A sign of the Grey wolves (a Turkish right-wing nationalist organization — approx. TRANS.), which shows a Syrian child, seeing the Turkish soldiers, and concern on the face of the Syrian doomed to the presence of the Russian military, demonstrating the issue. If Russia is striving to get what you want from the US once again make a turn in the issue of the PYD in accordance with our deep doubts, I would not be surprised. But it would be wise to never forget about the “fact weaknesses” of Russia and to work out the steps on this basis.