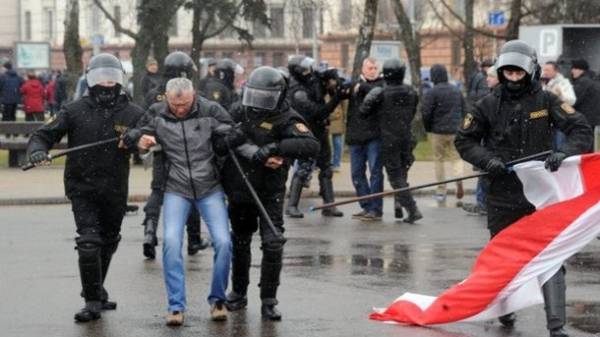 For participation in the demonstrations that took place on 25 March in Minsk, Ukrainian Ruslan Tereshchenko got 15 days of arrest, Radio Liberty reports.

As the correspondent of Radio Liberty, a decision by the court of Leninski district of Minsk.

In turn, the Ukrainian Embassy in Minsk finds out if there are other Ukrainians in the courts.