“Without which no person can live?” — a philosophical question. Ask anyone — almost everyone will tell you his harrowing story about how rough he had it when he refused, for example, from traveling hare in transport or stopped taking bribes. And most likely, in the end, it is recognized that nothing of this noble undertaking came — prevented numerous and insurmountable obstacles. We decided to skip the long debates on this subject, and to check all.

“Today” launches a pilot project called “Month” in which we are going to check for yourself whether it is possible to abandon the most familiar, at first glance, things. One month of our journalists put a taboo on his favorite food, painful habits, everyday clothes, the gadgets and even the usual life style. What came of it — read on pages of Newspapers and on our website.

In the first phase of a project, we have decided to fight bad habits and follow the path of vegetarianism. And now, a month later, we are ready to tell you whether you can live a month without meat and how it changes lives, what does a smoker without cigarettes and how to give up alcohol in everyday life and not to be left alone.

WITHOUT MEAT: UPSET MOM, BUT LEARNED TO COOK VEGETARIAN PATE

Perhaps before you start reading, I must admit — I’m not a fan of meat. Or at least I used to think so. No, the burgers tasty burgers I always knead with pleasure. But don’t like pork, beef — just perfectly cooked and the veal is exceptionally good rare. And while my friends were buying in the supermarket sausages, I quietly dropped into his basket favorite hen. Chicken cutlets, chicken breast with mushrooms, leg in garlic sauce, the bird with orange — Yes, it’s all about me. So to experiment, I agreed readily, believing that I have much easier than my colleagues without alcohol and cigarettes. In vain.

ABOUT THE BAD. Turned out to be in my life much more meat than I thought. First, farewell to my favorite fast food because the burgers and pizza without meat is a special kind of perversion. Secondly, no you bacon and eggs for Breakfast, and most favorite salads was banned. And try to explain to mom why you’re on a family feast do not eat chops and refuse soup for lunch. But hardest of all had snacks — I had to wave bye favorite sandwiches in a hurry.

After a week of vegetarianism I woke up in the literal sense of animal hunger that no fruktiki-oatmeal couldn’t quench. The body demanded meat — thick, juicy and nutritious. Special “break-up” came after an intense working day, when no meat was multiplied by two tired and hungry.

Of course, replace animal protein with seafood and greens, I will say I experienced vegans. And I partly agree, but there is already a spoke in the wheel begins to insert: for comparison, a kilogram of pork neck of pork had cost me 120 UAH, and chicken breast — 80 UAH. Now for fresh trout or salmon would have had to pay 350 UAH/kg, frozen shrimp — 230 UAH, and for mussels — 104 UAH. Vegetables and fruits in the winter — too expensive pleasure. 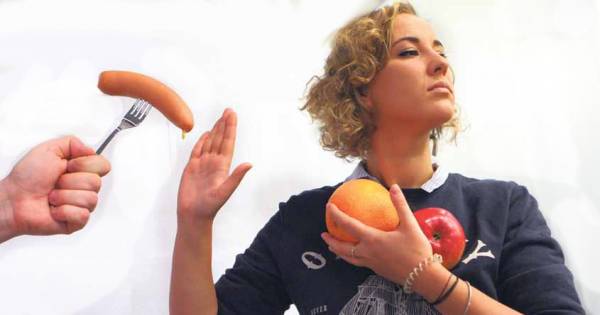 The result: 30 days of vegetarianism or minus 3 pounds

THE GOOD. And then, believe me, has something to add. Well for starters the best summary of this month long experiment — minus three kilograms of weight without any effort. It is definitely a nice bonus for those who like to eat well and keep the shape. And in addition you get a wonderful complexion and a feeling of lightness in the stomach. All because, as it turned out, on the shelves there are a lot of useful: in the absence of meat I’m addicted to kefir, Apple-carrot salad, cereals, muesli, cheese and green peas. Well, when I learned to find a balance between price and quality, in my diet came a delicious baked fillet of Cupid (which is no more than pork). And indeed the ban on sausages opened my culinary talents — with ingenuity and the Internet I now know how to cook burgers from buckwheat and vegetable pate. So, friends! The end of the month: digestion is adjusted, the tightened figure and trophy Patty is waiting for me on the table.

WITHOUT ALCOHOL: GET READY TO PITY, LACK OF “FRIENDS” AND HAPPINESS IN THE MORNING

My relationship with alcohol was always calm and smooth, with the exception of a few cases in very early youth. In addition, before the experiment, I suffered a disease in which alcohol is contraindicated. So to stop using it was easy — no physical cravings or the psychological difficulties due to the failure I experienced. It is much more difficult to accept the reaction of others.

First, I somehow began to feel sorry, like I lost a close friend or relative. They say, “poor girl, how are you”, “sorry, it’s probably terribly boring,” “yeah, the pension is already waving to you” and all in the same spirit. And wanted to shout all these depropagation that there is no hole in my heart because this is not formed and they went to… well, you understand. It turns out that most people perceive the lack of alcohol in my life as a tragedy. I hasten to reassure — it is not. After a couple of weeks max to get used to the new status and begin to live the same life, with the exception of a little intoxicating details. But the pros just mass: Saturday morning or after the holidays — no more torture, right side does not pull, do not feel sick, want to live and fly, disappear fear get drunk and do something stupid, the face no longer looks like a rumpled pillow, and rare meetings with friends really turn into intimate conversations and don’t forget, activities are expanding.

Secondly, you have to be ready to explain why you don’t drink. If disease — people reluctantly accept, but very, very sorry for you; if you simply have a belief you don’t believe. “How can you voluntarily deny yourself this pleasure?! You’re definitely getting old. Or maybe you just coded? Contracted sandison? Husband not allowed?” — laughed at me friends and acquaintances. Here to give me nothing. Otshuchivayas and just try to survive this period.

Third, parties and gatherings. All, forget it. They almost never will. After several meetings, where your friends are drinking, and you drink non-alcoholic Mojito or tea, you just stop somewhere to invite. And not because you suddenly become uninteresting person (although this is not excluded), which is nothing to discuss. To drink in the presence of a sober person may be a few: someone drunk afraid to blurt out superfluous, to someone uncomfortable and someone will be offended that you are laughing at his “sparkling” jokes, someone will be the evening to persuade you to drink. Especially appreciate those who quietly accept your decision and support you, who will clink your Cup of tea and not notice the change.

The most important outcome of the experiment believe that I lost about a dozen… no, not friends of the party. 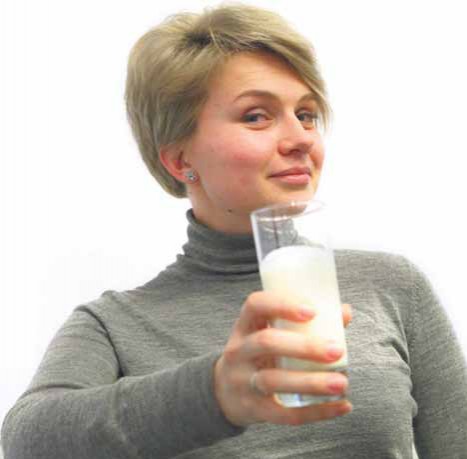 WITHOUT CIGARETTES: A DECEPTION OF THE BRAIN AND TORTURE TRANSPORT

“Look at this stop there is a kiosk. Go out, buy cigarettes and smoke right behind him. Sho you whine like a fool, nobody knows! You can think of! Promised it to myself… “Ha” three times,” about the dialogue I had with myself every morning on the way to work while they quit Smoking. This experiment, by the way is still ongoing, has given me especially hard. To him I was a few years. I can hardly imagine themselves without a cigarette, not to mention morning Cup of coffee without it. The task was complicated by the fact that in my environment smoke 95% of people. Therefore, the decision was difficult.

The first days were just the end of the world: I’m wringing my hands, I could not find a place for himself, wanted to smoke every 5 minutes. Helped that we threw together with my husband. His will power is better, therefore, in the special moments of weakness I called him just to talk. It was a distraction. Yes, and that’s a shame, the idea to leave was mine, so to fail is not wanted.

After five days of hell, good people advised to fool the body: simply to go with colleagues to breathe, instead of to smoke, twist at this time in the hand like a cigarette (pen, pencil, piece of paper, rolled into a tube). Surprisingly, helped. Pseudonigrita gave the desired signal to my fevered brain, and, as they say, the Gestalt formed. After a few days I even go with all stopped — I was enough to twist in hands a pencil and a craving subsided.

And from that moment began my new life. Not kidding. It became easier to breathe, left short of breath, face no longer was gray and had a lot of free time without the endless smoke breaks, I became quieter (people would not confirm this). The taste of food suddenly became brighter. By the way, to recover — was the greatest fear at the time of failure. One way out is just to peremejateisa without treats: here or begin to seize the lack of cigarettes, or not start.

Is this good cause, unfortunately, and cons. I became sharper sense of smell. Yes, and unpleasant, too. Travelling in public transport and waiting at the bus stop, turned into torture. In addition, I sometimes became intolerable bore, as in the stage of “furious denial”: I could loudly and sincerely resent the fact that the stink of cigarettes that someone smokes next. It is also, thankfully, passes.

And while quitting cigarettes is one of the most important of my achievements which I am proud. It is worth the pain. 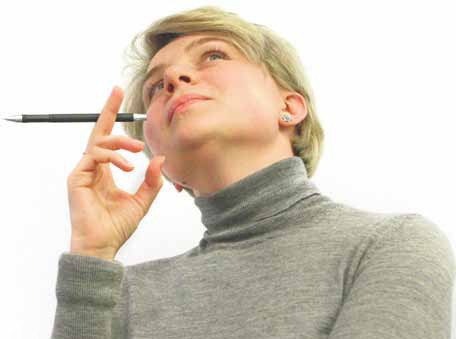