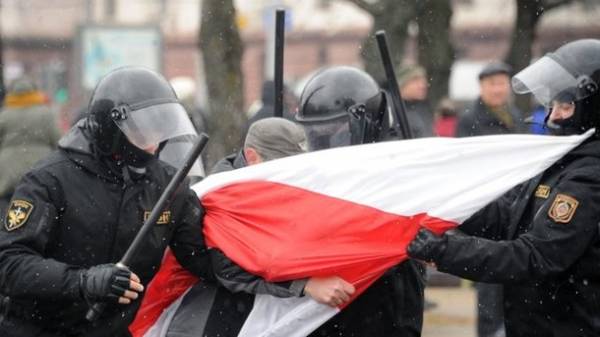 This is stated in the message on the Embassy website.

“The United States notes with deep concern the opposition of the authorities of Belarus to conduct peaceful protests on the occasion of the annually celebrated freedom Day. Large-scale detentions of peaceful demonstrators, human rights defenders and a number of journalists are contrary to democratic values. There are reports on the use of force against peaceful demonstrators and other persons”, – is told in the message.

Some of the detainees were released. The United States will continue to closely monitor the situation and urge the government of Belarus to immediately release other detained peaceful demonstrators, human rights defenders and journalists and to ensure the right of citizens to peaceful Assembly and freedom of expression in accordance with its international obligations.

Sink and kitchen faucet stainless steel cause a dangerous disease