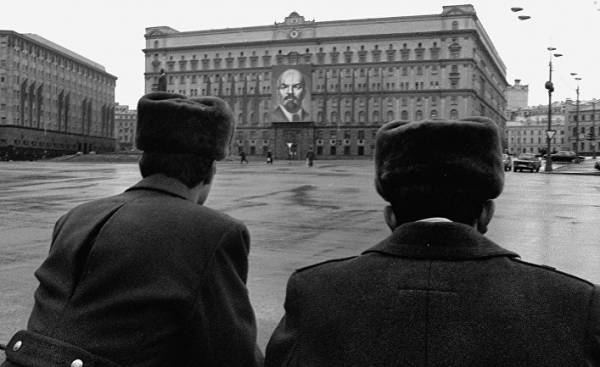 People decide to engage in battle with a mighty and powerful opponent, must have great courage. As well as the righteous. Russian Yuri Orlov had both. Like many other opposition leaders who fought against communism in the Warsaw Pact countries.

Often their efforts were unsuccessful, more often they were subjected to severe punishments. This fate is not passed and Yuri Orlov: unemployment, constant surveillance and imprisonment greatly complicated his life and work.

About him and about 150 other dissidents recalls the German Federal Foundation for the analysis of the SED dictatorship on its Internet website. There are biographies of different people who were United by one goal: the fight against communism. Originally, the “dissidents” meant people who refused from a certain religious faith. In this sense the word was used from the sixteenth to the twentieth century. However since the 1970-ies became known as human rights defenders who resisted dictatorships, and other opponents of these regimes.

Some of the people, which is in the database of the Fund, initially supported the Marxist-Leninist regime, the other a young man was disposed towards him with skepticism. One of them came and Yuri Orlov. Born in 1924 in Moscow, he was already in 1940-ies doubted the prospects of communism.

The turning point for Orlov was a speech by Nikita Khrushchev in 1956, turned against Stalin and his personality cult. Hearing her, a young physicist finally realized how cruel in the Soviet Union suppressed the opponents of the system. In one of the meetings in the lab where he worked, the eagles called for a “democracy based on socialism.” During the discussion it was supported by several colleagues, but then his beliefs have been betrayed. Three comrades were expelled from the party and lost their jobs.

For a while the eagles withdrew from politics and devoted himself entirely to scientific activities. He managed to find a new job — first in Yerevan and later in Moscow.

In 1973 Orlov returned to political activities. In an open letter to Leonid Brezhnev, the former at the time the General Secretary of the CPSU Central Committee, he demanded a weakening of state control over the economy. Thereby, however, he made only one: the new retirement.

However, after this letter and the resulting persecution, he was able to meet with other opposition leaders. In addition, the eagles participated in the various campaigns, in particular, for the protection of other dissidents. And soon his associates had to launch a campaign to protect him.

Because the eagles once again captured the attention of: may 12, 1976, he took the initiative on creation of the Moscow Helsinki group and himself on it. Among its founders was the Nobel peace prize laureate Andrei Sakharov. They collected and published documents testifying to human rights violations.

The Soviet government tried to hinder them. Just three days after the founding of the band the eagles got to the interrogation in the KGB, where he was warned about the inadmissibility of such activities and began to threaten. Although he remained at large, he had installed the surveillance round the clock. KGB agents searched his flat and was constantly called in for questioning.

However, it was useless: Yuri Orlov still ignored them, signed a new letter in defense of other dissidents, met with representatives of Amnesty International and supported by the signatories of “Charter 77”.

The KGB did not sit idly by: in 1977, stubborn physicist arrested. The investigation had lasted a year, but to no avail. The eagles refused to admit his guilt and claimed that the publication of the Moscow Helsinki group are true.

For this he had to pay the price: the Moscow city court sentenced him for anti-Soviet propaganda and sentenced to seven years imprisonment and five years exile, which was the maximum penalty under this article.

During sentencing in front of the courthouse gathered 200 people protesting against the conviction of Orlov. In the international campaign in his defense was attended by many well-known scientists and representatives of the public in different countries.

However, nothing helped, and the sentence came into force: the eagles were sent to the colony in the Perm region. But there also he did not give up, maintained ties with the Moscow Helsinki group and gathered around him a group of political prisoners. Together they prepared a report about their situation in the colony.

In September 1986 it became known that the eagles were supposed to be exchanged for one employee of the Soviet secret police, who had been imprisoned in the US — but not so pompous as to Klinickom bridge between Berlin and Potsdam, but quite modestly and inconspicuously. October 5 Soviet physicist, was exiled to the United States. Finally, he got the opportunity to freely engage in politics.

But politics and eagles all his life remained faithful and science — even in prison he tried to research. Prior to 2015, he taught as a Professor of physics at Cornell University — incidentally, at the age of 90 years.

Other dissidents after the collapse of the Communist regime went into politics, as, for example, the current Prime Minister of Hungary Viktor Orban. However, most of them have fallen into oblivion. A virtual “monument” to all of them was the website of the Federal Foundation for the analysis of the SED dictatorship, which was created in cooperation with the Warsaw Foundation “Map” and the Berlin society in the name of Robert Havemann. Now the site has about 150 biographies of dissidents. Soon this number should be doubled.

These people, the memory of which is immortalized on the site, made a great contribution to the cause of justice in their countries. Their experience shows that the fight can and should be, even if he himself is going to harm. These people should not be forgotten because of his courage, strength of spirit and their beliefs should be and be examples for their followers.