In the Kremlin commented on the reports that the killer is ex-the Deputy of the state Duma of the Russian Federation Denis Boronenkov were trained in the school of spies in Russia. The journalists said.

The question that the press Secretary of the President Dmitry Peskov thinks regarding the statement that the killer Boronenkov were trained in commando school in Russia, Peskov said that “it is absurd”.
“I hope they (statements. – Ed.) does not mean a refusal to carry out a serious investigation, from doing serious investigative actions”, – said Peskov.

Earlier the people’s Deputy, adviser to the Minister of internal Affairs Anton Gerashchenko reported that the murder of Denis Voronenkov was committed by a citizen of Ukraine, Parchovymi Pavel Alexandrovich, born in 1988, native of the city of Sevastopol, an agent of the Russian secret services, who passed a course of special training school for saboteurs in the Russian Federation.

Note that on the website of the Ministry of interior Parsow listed as a wanted accused under articles 205 and 209 of the criminal code of Ukraine (“Fictitious entrepreneurship and legalization of income obtained by criminal means”). PHOTOFACT. A farmer found strange debris on his land and brought it to the owner 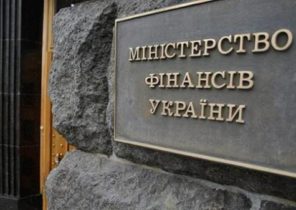