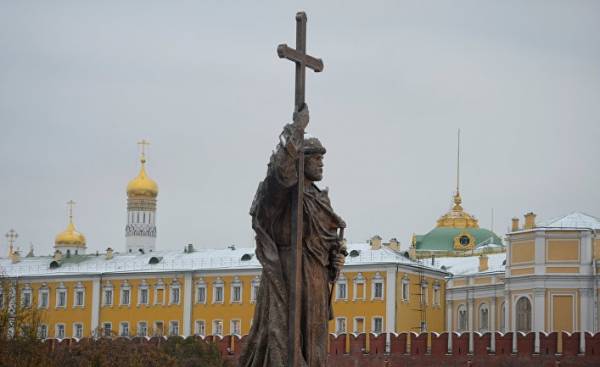 In an interview with DW, Professor of Vienna University, doctor of historical Sciences Kerstin Jobst (Univ.-Prof. Dr. Kerstin S. Jobst) talks about history as science, “convenient” for politicians, about multi-ethnicity in Kievan Rus and Moscow’s unwillingness to let Ukraine.

Daria Bryantseva: national identity Anna Yaroslavna, born in the eleventh century in Kievan Rus, became the starting point for a new wave of disputes about the origins of the Ukrainian and Russian statehood. How normal is this situation from the point of view of a professional historian?

Kerstin Jobst: In this case to refer to the early Medieval period in search of historical roots of national States is absurd. Nestor testified to the multi-ethnicity of Kievan Rus. Looking for Russian or Ukrainian statehood makes no sense.

— You could, perhaps similar examples from the history of other European Nations?

Is, for example, the argument of the poles and Germans about the “nationality” of Copernicus: he was a pole or a German? From a scientific point of view, we here also deal with projecting modern concepts of national identity in the historical period in which these views were absent.

The story generally like to use to confirm one or another topical statement. This is a very “comfortable” from a political point of view of science. Attempts by the “historical legitimacy” of a statement we faced throughout the history of mankind. And it’s not exclusively Eastern European phenomenon.

In Ukraine today, we are trying to distance themselves from the Soviet past in search of a national identity. Against this background, there is the appearance and glorification of the new “national heroes”, which, however, is not unique for the whole territory of Ukraine. To Bandera in Galicia and East of the country are different, for anybody not a secret.

— Can we consider Putin’s words about the Princess Anne of Kiev provocation? And if so, why is it, in principle, is he needed?

— The majority of Russian citizens believe that Russian, Ukrainians and Belarusians is a nation with a common history and common traditions, and that it has always been. The statements of Ukrainians about their national identity perceived by most Russians as something weird, strange, saying that we were brothers, we should always be together. Here we are dealing with phantom pain of the inhabitants of the once vast Empire. Putin is very well aware of this and is very clever. Moscow is still “claims” the so-called “near abroad”, not wanting to completely lose control over once its sphere of influence.

Editor-in-chief (Ukraine): an infinite Saga about the MOV