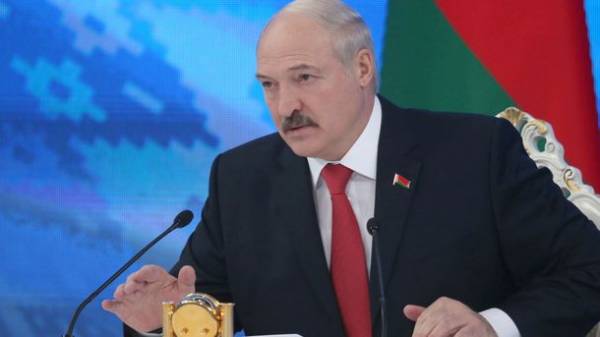 The security service of Ukraine has sent an official request to the law enforcement bodies of Belarus about the statements of President Alexander Lukashenko on the border camps in Ukraine. This was stated by the chief of staff of the SBU Oleksandr Tkachuk.

“Our office has sent a request. According to our contacts with law-enforcement and special bodies of the Republic of Belarus we are waiting for additional information from our colleagues,” – said Tkachuk.

It is known that earlier Lukashenko announced the arrest of several dozen armed militants, who, in his opinion, prepared by the country’s armed provocations. “We have a few dozen (militants – ed.) was detained. Not those in buses, anarchists with masks, who trained in the camps with weapons. By the way, one of the camps was in Bobruisk and Osipovichi. The rest camps in Ukraine. In my opinion, in Lithuania or in Poland – I will not say, but somewhere in there,” – said Lukashenko. We will remind, earlier it was reported that the head of the Ministry of foreign Affairs of Lithuania Linas Linkevičius called “fables” such statements of the President of Belarus.