Security officials are discussing the issue of liberation of at least a few dozen of the 118 Ukrainian hostages currently in captivity in the Donbas. But as it turned out, this process still a lot of difficulties and situations. Some of the hostages to languish in captivity for more than a year, another 10 people, according to the SBU, is located in Russia.

TIGHTEN. Now the exchange of prisoners between Ukraine and the republics is still very sluggish. Reasons for this include inaccurate lists and allegations of cover-up hostages. “We offered a compromise: while checking the official lists of the party, to give them 228. Instead of the requested release of our hostages 47, — told the “Today” official negotiator of the SBU Yuriy Tandit. — Within this position in December, we gave 15 former prisoners as a goodwill gesture. They were pardoned by presidential decree, but we didn’t get a single person”. According to Tandit, proceedings may also be delayed due to the strange accusations of the militants. “They say that in Ukraine the security services hiding hundreds of people. We reply: we have revised the lists prepared in the presence of international organizations to check them,” says Tandem.
In addition, the part of the criminals requested for the release of militants who do not want to go back. “The experts agreed to avoid those places where people are committing crimes against the integrity of Ukraine, but now do not want to go back to the “Republic.” Such a few dozen,” says Tandem.
To this the SBU added that, in addition to the hostages, there are 416 persons who are considered missing, and for all the conflict were released 3136. 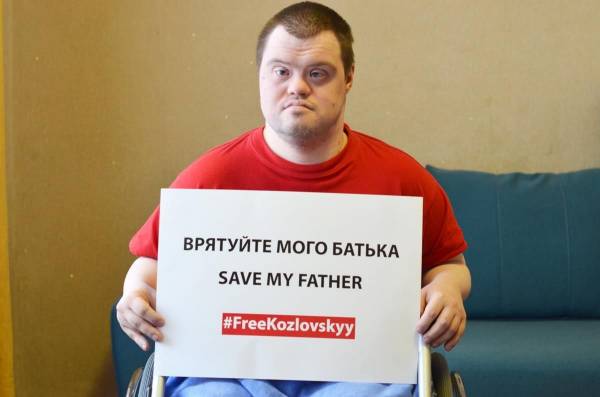 THE LONGEST IN CAPTIVITY. Last week at the hearing was again the name of the Ukrainian scientist and religious scholar of world renown, 63-year-old Igor Kozlovsky, which is more than a year in captivity of “DNR”. Despite the innocence of the Professor neither to the military nor to the fighting, it continues not only to keep, but to judge in the “DNR” and accused of storing grenades. “Just a week ago was one of the “meetings”. According to our cousin, who had seen him, Igor looked pale, facial features sharpened. There is evidence that he kept in the cell for prisoners serving life sentences, says the Professor’s nephew Dennis. — I believe that the question of his release is necessary to raise during the meetings in the Channel format. His name should sound at the highest level. As it was in his time with the Hope Savchenko. Igor deserves it. Emphasize that he is a civilian, an older man who cared for the son, who has down’s syndrome and a fracture of the spine. That is why he remained in Donetsk.” In SBU claim that doing everything: “We have repeatedly raised the issue of the release of the scientist. Believe me, we will fight for it”.
Another man, who had been in captivity for years, — Mykola Karpyuk. “It’s held for more than three years, from March 2014. Activist Karpyuk detained admingranitse in the Crimea and was accused that he allegedly participated in the Chechen war. Last year he was sentenced to 22,5 years in prison. We are also working to release him,” — said in the SBU. 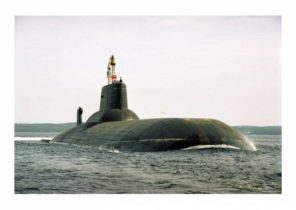 Russia plans to send a submarine along the Norwegian coast