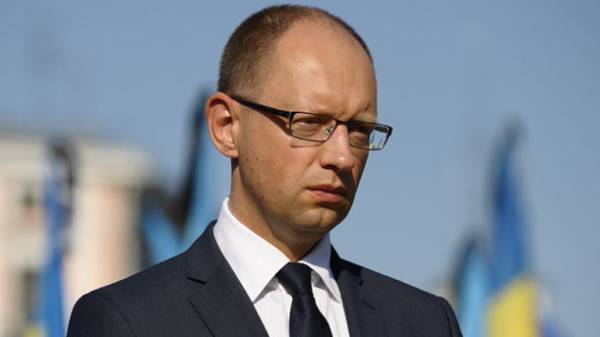 The Prosecutor General’s office closed the criminal case against ex-Prime Minister, leader of “Front for change” Arseniy Yatsenyuk, which were initiated on the appeals of the people’s Deputy Dmitry Dobrolubova. Reported about it in interview to UKRINFORM first Deputy Prosecutor General Dmitry Storozhuk, reports “Ukrainian truth”.

“The Prosecutor General’s office was obliged to register these claims. Both cases are closed because the absence of a criminal offence. This was done with the Main investigation Department under the leadership of Yuri Stolyarchuka. All these inventions, which we have heard from various politicians and who have not found their confirmation,” he said.

Deputy attorney General explained that their appeals to the Prosecutor General the deputies reduce political scores.

Earlier the MP Dobrodomov said that in relation to Yatsenyuk, was prosecuted for taking a bribe of $ 6 million from the people’s Deputy of the 7th convocation Igor Skosar. Dobrodomov also claimed that the PGO is investigating the fact of receiving Yatsenyuk bribe of 3 million dollars for the appointment to the post of head of the “Concern RRT” Vladimir Ishchuk.