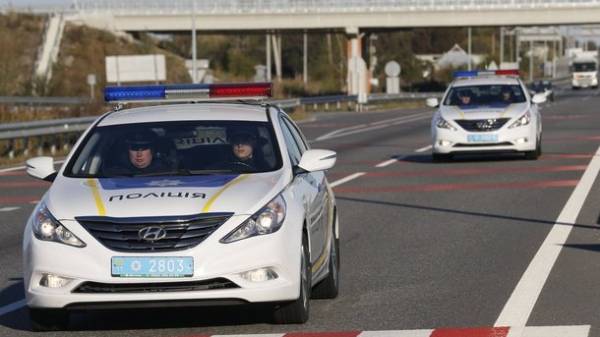 Very soon in Ukraine there will be new “GAI” — a set of cops has been announced. Call the division of traffic police. Tracks the security forces will be released in autumn.

“NOTHING TO DO”. Patrol cops insist that with the traffic police, they have little in common. They will not watch on the sidelines with a rod, and will move on cars that are equipped with equipment to measure speed. “The police will not need to stand in bushes to catch violators from there,” the Ministry of interior.

Will work out a scheme to start in two areas. “For Kiev plan to recruit 170 police officers, in Odessa — 200 people. The launch of the first wave tentatively scheduled for September-October,” — said “Today,” first Deputy head of patrol police Department Eugene Biloshitsky. He adds that after the traffic police will appear throughout the country. Just in the new structure plans to recruit about 3 thousand people.

The first of the traffic police will start patrolling the route of the state value, where a higher allowable speed limit (max up to 110 km/h) than in the settlements (80 km/h). Because of this, it’s way hostmachine happens a lot of accidents with severe consequences. In addition, the recent truckers complain of the facts of the robbery of trucks on the go. The police has taken over the service at fixed stations in the Ukraine more than 70. They all went to the police inherited from the cops. However, the police clarify that in anticipation of the appearance of the traffic police instructed the patrolman to work on the highway Kyiv — Chop, and the results pleased — here significantly decreased the accident rate.

HOW GAIN. As found “Today”, to begin its work, the traffic police plans until September. The interior Ministry has opened a hotline with operators who advise those wishing to become traffic policemen. The correspondent of “Today” as a candidate I called the call center. “Submission of applications will go up to 18 APR to 30 Jun will go through all the stages of concourse for candidates. Then will start training which will last about 15 weeks,” — told us the operator. Requirements are: age between 21 and 35 years, upper secondary or higher education. While the interior Ministry clarifies that special education have not necessarily. After the passage of the competition the selected candidates are going to patrol the trails, but not to themselves, but first with experienced mentors. The form will be as a patrol, and the same salary — 8100 UAH.

DRIVERS. After the elimination of the traffic police, some drivers scored the alarm, on the tracks, according to their observations, there are more accidents due to speeding. However, this opinion is not everything. For example, the capital driver Alexey Semenyuk told us that it was the old traffic police was insolent so that in 2014 he was trying to get a bribe of a few meters from the interior Ministry building. “Under the new cops, this was not” — told us Alex.