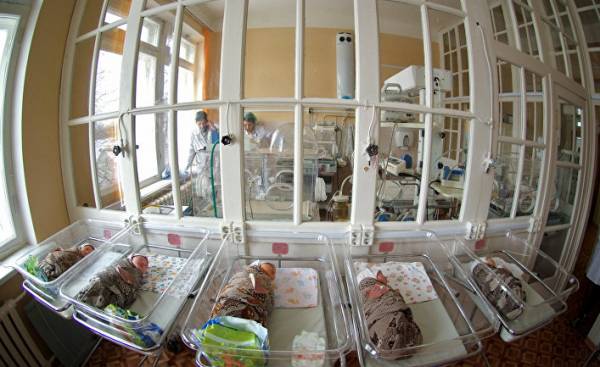 It was called “new Europe”, in contrast to the “old” Franco-German. From there, from the former Soviet satellites, from Budapest, Prague and Sofia had begin to blow new wind that is able to breathe new energy into the project of European unity. In Luxembourg in 1997, developed a map of the European Union, which rejected even the memory of the Berlin wall: from the Atlantic to the Black sea and the Baltic sea to the border with Ukraine and Russia. It was the idea of Mitteleuropa, the center, which says goodbye to the East and moved West.

However, isn’t Milan Kundera called Poland and Hungary “confiscated by the West”? About “monumental decision,” said Jean-Claude Juncker (Jean-Claude Juncker), who was then Prime Minister of Luxembourg and President of the EU. Today, Juncker is the President of the European Commission and with the countries of the Visegrad group sounds discontent with the decisions in Brussels, especially regarding immigration issues.

The countries of Eastern Europe that were supposed to refresh and rejuvenate the European project, today faced with the danger of the opposite “demographic explosion” — a catastrophic decline in the birth rate. According to many analysts, the demographic fear is also the basis of the response of these countries on the issue of immigration, resurrecting the dividing line “from Stettin in the Baltic to Trieste in the Adriatic” (as Churchill said in Fulton speech about the iron curtain).

The picture is horrifying. Romania in 2050 will lose 22% of the population, followed by Moldova (20%), Latvia (19%), Lithuania (17%), Croatia (16%) and Hungary (16%). Iglika Kristina (Kristina Iglika) in the journal brain downtown aspen asks, “end of Central Europe”: “the population of the four countries in the region (Poland, Slovakia, Czech Republic and Hungary) by mid-century will decline by 10-12 million. What are the economic and geopolitical consequences of the fact that less than 50 years, a third of the population of Poland will be retired? As for the geopolitical implications, that Poland will lose its important role in the international arena. It is also likely that it will weaken its defense ability.”

According to some estimates, in Poland in 2050 will be 32 million people compared to 38 million at the moment. Nearly 200 schools have closed across the country. To fill schools do not have enough children. But in 15 years will not be and enough working people to sustain the economy of the country. Duschek Maciej (Maciej Duszczyk), Professor at the Centre for studies of immigration at the University of Warsaw, said a painful paradox: if only a few years ago, Poland was one of the youngest societies in Europe, in a few years its population will be one of the oldest in the world. After Poland’s accession to the European Union in 2004, more than 5% of poles left their country. Obvious consequences of this out-migration, ageing, fertility decline for the labor market. A third of employers have difficulty finding people with the necessary qualifications, are able to fill vacant positions according to a survey by Manpower Group two years ago.

“The population of the Baltic States and Bulgaria has fallen by more than 15% since 1990, Croatia — 10%, Romania and Hungary — more than 5%”, — the document says Brookings Institution. “The number of people in Europe that are older than 65 years increased by more than a third between 1990 and 2010”. Says British economist Douglas Roberts (Douglas Roberts), “is the new Japan”.

The population of Hungary was at its lowest level for 50 years in conditions of constant decrease, the number decreased from 10 709 000 people in 1980 to 9 986 000 currently. The population decrease reached the record figure of 0.5% for the year. In Hungary in 2050 will live, probably, less than eight million people, while the number of people over 65 years will be doubled (one third). Hungary has the lowest natural population growth. 20 years ago, 77% of Hungarian women were married, while today their number fell to 44%. The number of marriages declined by two-thirds, from 103 775 in 1975 to 35 520 today. The number of births, respectively, decreased from 194 240 in 1975 to 90 350 today, 40% of which comes from non-married couples, or single mothers.

Today in Hungary the fertility rate is 1.2 children per 1 woman. If we exclude the Roma population, this figure drops to 0.8, that is, to the lowest level in the world (instead of blaming the Roma is that they “give birth to too many children”, the leader of Jobbik Gabor Vona (Vona Gábor) would have to reproach Hungarians for the fact that they have children too small).

In Bulgaria in the period from 2015 to 2050, it is expected the fastest population decline at the global level, as evidenced by the UN report. Bulgaria — only one of the States where expected population reduction of more than 15% in the period from 2015 to 2050, this list also includes Bosnia and Herzegovina, Croatia, Hungary, Japan, Latvia, Lithuania, Moldova, Romania, Serbia and Ukraine. The population of Bulgaria is about 7 150 000 people in 30 years it could be reduced to 5 154 000. This means a reduction of 27.9%.

Romania is in second place with 22.1 percent, and the first ten positions are taken exclusively by the countries of Eastern Europe. Recent studies emphasize the risk that within a few decades, native Bulgarians can become a minority in their own country, giving the current Turkish minority and mainly the Roma.

The President of the Republic Georgi Parvanov called the country’s leaders to participate in the meeting of the National Advisory Committee on national security, is entirely devoted to this problem. Demography — the problem of security. “Based on information available to us, the demographic crisis in Bulgaria is a subject of much greater concern than in other European countries, this process has become a serious problem to our national security,” said Parvanov at the opening of the meeting, adding that “we can’t give demographic strategy at the mercy of only one expert, it should become subjects of a broader political debate.”

Once the countries of the European East were afraid of Soviet tanks. Today horrify them empty cradles and grey hair. According to UN estimates, in the past year in Eastern Europe, home to 292 million, 18 million less compared to the early 1990-ies, and this higher level of mortality in the Netherlands. The figure corresponds to a population decline of 6%. In Bulgaria, there is a sharp drop in the birth rate: from 25.2 per children born for every thousand inhabitants in 1950 to 9.6 today. The second reason is the increase in the mortality rate. This is a result of the rapid aging of the population, and the calling of great concern in child mortality rates exceeding the European average.

“By mid-century, says Anton Ivanov in the journal Geopolitica, Roma community reaches probably 30% of the population. Because traditionally it uses the services provided by the majority, this imbalance will cause serious problems not only for Bulgarians but also for the Roma themselves. The danger is that the state can turn into a “little Gypsy country,” marginal and far from European standards”.

The same scenario is waiting and Romania, which recorded a fertility rate below the level of the Second world war. According to official data, in Romania, were born 178 thousand children. For comparison, in 1990, the first year after communism in the country came to light 315 thousand newborns. The same scenario repeats itself in all countries outside the former iron curtain.

A specialist in demography Stepan sterk (Stjepan Sterc) said that the drop in the birth rate in Croatia has become the primary problem in a country where over the past year has registered 32 thousand newborns. If you count leaving the country youth, the reduction of Croatia’s population could exceed 50 thousand people a year. “It’s just awful.”

When the Czech Republic (Czechoslovakia) was part of the Communist bloc, the birth rate was conveniently located next to the rate of substitution. In Czechoslovakia, as in many neighbouring Communist countries, the state provided housing, education, assistance with young children, and thus that mothers continued to work.

The new parliamentary Republic that emerged after 1989, rejected the idea of “family policy”, considering it as a form of social engineering, against which she fought. Today on the list of countries with the lowest fertility rate Czech Republic holds the fifth place in the next 30 years its population will decline by a million people. Slovenia has the highest GDP per capita in Eastern Europe, human resources with good education, well-developed family policy. In 1986, the government has included leave to care for a child for a period of one year with full compensation of wages (a unique case in the world at the time). However, these measures have no impact on the level of fertility in Slovenia.

In history this has never happened, and the Financial Times newspaper, without further ADO, described the situation as “the greatest population decline in modern history.” The population of Eastern Europe decreases as never before. “The population has declined sharply in countries such as Syria, but also in some developed economies in peacetime, for example, in Japan. However, the population decline for decades in the whole region has never been observed worldwide since 1950, with the exception of southern Europe in the last five years and Eastern Europe in the last 25 years.” In Italy, therefore, takes place the same scenario as in Eastern Europe. After the fall of communism the population of Bulgaria amounted to nine million people, more than in Sweden and Austria. It is impossible to imagine that Bulgaria in 2030 would lose 12% of the population and 27% in 2050.

Even the Second world war with the mass killings and deportations had such an impact on Central Europe, fertility decline, emigration and aging of the population. These beautiful country may repeat the fate of “old Europe.” A resident of Central Europe Karl Kraus (Kraus Karl) first noted the apocalyptic nature of the decay of the world in the postmodern era, his excruciating dive into the abyss, when not only the old Empire, but to the young, graceful Austrian Republic became food for worms. The Viennese café and gradually, step by step, collapsed.