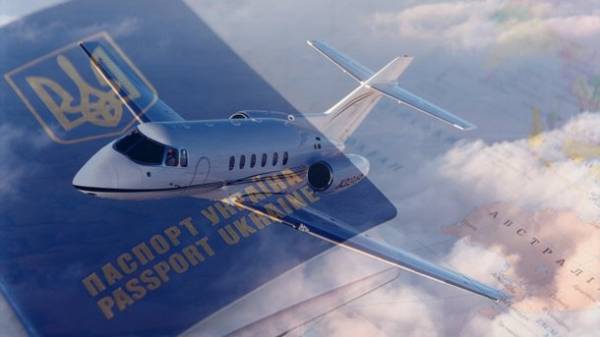 March 13 the Verkhovna Rada of Ukraine registered a draft law on amendments to the law on citizenship. The project submitted by the President of Ukraine Petro Poroshenko and marked them as urgent, in a short time has passed the relevant Committee and was included in the agenda of the Parliament. This legislation provides amendments to the current Law of Ukraine “On citizenship”. In particular, if it is adopted and will enter into force, the Ukrainians that receive the citizenship of another country will automatically lose Ukrainian.

While the vote of the Verkhovna Rada on the draft has not yet taken place, but critics of the legislation have already collected a lot. Its opponents stress that such norms is the impact on the Ukrainian Diaspora in all countries of the world, and this, according to various estimates, from five to seven million people. In addition, the risk may be, and the residents of border villages in Ukraine with passports of neighbouring countries.

The essence of the changes

In this case, noted in note, the fact that the citizens of Ukraine, in particular those that are on public service, have citizenship of another country, creates certain risks for national security of Ukraine. In this regard, the authors of the draft law offer to improve the mechanism to avoid dual citizenship of Ukrainians.

In particular, the proposed amendments provide that, if a citizen of Ukraine has voluntarily acquired citizenship of another country, he automatically gave consent for termination of citizenship of Ukraine. Within six months after these changes come into force, Ukrainians have to renounce the dual citizenship, otherwise, they will lose the Ukrainian.

In addition, the draft law also applies to foreigners who have received Ukrainian citizenship – they have a month to waive the passport of another country and 10 days to notify in writing the authorized body of Ukraine.

Additional grounds for loss of Ukrainian citizenship, which includes a draft law – vote in the elections of another country or the obligations of a citizen of another country, which can be confirmed by the data registers, local governments of other countries etc. Also the base can be using the passport of another country when passing the border control when entering or leaving Ukraine or on the territory of Ukraine, if it was recorded official.

In addition, if within two years after receiving the citizenship of Ukraine a person has not submitted to the competent authorities a document of another country, confirming the refusal of citizenship of this country, he too may lose Ukrainian passport.

However, the provision of the Constitution of Ukraine regarding the prohibition of dual citizenship is not absolute. According to the candidate of legal Sciences, Professor, Department Wisconsin International University (USA) in Ukraine, associate Professor of the European University Sergey Panasyuk, as of today Ukraine is not “for”, but 100% not “against” the presence of a citizen of Ukraine passport of another country.

See also: What does the dual citizenship bill: an interview with Professor Sergey Panasyuk

Another aspect is that the authors of the draft law 6175 clarify that dual citizenship of Ukrainians creates certain risks to the national security of the country, in particular, this applies to those who are on public service. However, this issue is already regulated by the law of Ukraine “On civil service” civil servants can not become a person with dual citizenship. If the officer received a second passport, while in the civil service, he should be fired.

In practice all differently, an example of which was the situation with the suspended head of the USF Roman Nasirov, who is suspected of corruption with the damage to the state two billion hryvnia. According to NABU, Nasirov has at least dual citizenship – Ukrainian and UK, although there is information about passport of Hungary. It loud the beginning of the trial and discovered citizenship was the catalyst to about this problem are talking, said political analyst Volodymyr Fesenko.

Thus, according to the analyst, such a law in Ukraine is really necessary. However, basically what it should include – this sanction for the presence of more than one citizenship.

“The problem is not new, the problem has long existed. This problem – the absence of sanctions. We have the Constitution does not permit the second and third citizenship. But there are no sanctions for those who violate this norm,” he said.

The expert notes that such law must take into account all the nuances that will allow him to work effectively. In this case, the vote on the draft, which was submitted by the President, will be difficult, he said.

“The problem is already there, and I think that, at least, will not be so easy to pass this bill through Parliament, and to gather under his voice. For various reasons, would be extremely difficult, including for the reason that many MPs have second and third passports”, – said Fesenko.

Representatives of the Ukrainian Diaspora believe that the bill No. 6175 affects the sphere of human rights. As the teacher of Kyiv-Mohyla Academy and UCU Mikhail Vinnitsky, over the past 25 years for various reasons from Ukraine emigrated hundreds of thousands of people, while maintaining, at the same time, Ukrainian citizenship. For these people, says Vinnitsa, Ukrainian passport is an identification marker that now they can pick up.

“We all understand that this bill was the result of the fact that there is a scandal with Roman Nasirov. But these things are by the law on civil service, law of the people’s Deputy of Ukraine, the law on the Cabinet of Ministers of Ukraine. There are requirements for them that will take people who are applying for these posts, he said, – Obviously, the people on the Parliament’s decision would have to have some higher job requirements than any other citizen… If so decided by the Parliament – no problem. But the question is, why are we depriving individual rights of a person who is already a citizen of Ukraine to stay, if he wants it? This is unconstitutional and wrong and just not mentally,” he said.

Vinnytsya notes that, trying to punish these people with the help of the new legislation will come out so that citizenship will lose hundreds of thousands of those people who left Ukraine and represents the Ukrainian Diaspora.

According to another representative of the Ukrainian Diaspora co-founder of a Global network of Ukrainians Violetta., the issue of deprivation of nationality can relate to about five million Ukrainians, although the exact number leaving the country is not established. At the same time, according to Director of Ukrainian-Israeli Institute for strategic studies named after Golda Meir, albert Feldman, these people – over seven million.

“From the point of view of the state, at least it is pointless to reject a similar number of people, because they are the carriers of certain competencies, they are ready much more willing to invest in Ukraine than do other businesses,” – said Feldman.

The expert notes that other countries, on the contrary, try to strengthen ties with the Diaspora. The participants of the conference believe that in Ukraine, which many expats are very supportive, including financial, you need to study the international experience and consultations with experts in order to gain satisfying Ukrainians and the country’s interests decision.

“If in 80-e years of the last century only 30% of countries did not have an automatic loss of citizenship when obtaining another nationality, and in 60% it was, but now the situation is the opposite. The vast majority of countries do not require this automatic deprivation, which provides for the bill 6175 from 13.03.2017, And there’s a simple explanation: globalization and integration, the new challenges of the global economy require to seek solutions that will benefit all,” – says Violetta..

As noted., the analysis of the experience of other countries shows that the vast majority of countries allow dual citizenship, sometimes limiting this question, based on the need to protect national interests. For example, in Latvia allows dual citizenship with the EU or NATO, says..

At the moment, the Parliament registered a number of alternative draft laws. However, the legislative initiative of the President labeled as urgent.
Meanwhile, many large organizations representing the interests of the Ukrainian diasporas in different countries, such as Global Ukraine, Ukrainian-American organization “Razom for Ukraine”, Canada – Ukraine International Assistance Fund, Euromaidan Warsaw, the Ukrainian world coordination Council, World Congress of Ukrainians, urged to withdraw submitted by President draft law to create the Commission for public and expert public discussions of the issues concerning dual citizenship.