Vladimir Putin has achieved this: that financial markets, which for many years had declared him Persona non grata, now rehabilitated. Suddenly Russia became in the eyes of large investors safe haven on which to take a course, as the Eurozone is again in crisis. Due to the political turbulence in Europe, Russian government bonds began to look like a reliable tool.

This was clearly illustrated by the insurance of credit risks for individual countries, which trade around the clock in the markets. On this indicator Russia in recent time, stands firmly on his feet. This led to the fact that the professionals at capital believe the default of Italy is more likely than that Russia will become insolvent. Surely it also depends on what is politically unstable Italy once again came to be regarded more critically. Because in 2017, the European year of the super election, there can be unpleasant surprises. But first of all Russia is once again imperiously declared itself in the markets.

This development testifies to the new political order in the financial markets. Since then, as in the spring of 2014 after the start of the Crimean crisis, Moscow’s relations with the West deteriorated significantly, Russia was branded a political risk. And after was introduced sanctions against firms and senior officials, Russia has become in the markets is almost isolated. Financial markets have become so “assistant” of the West. Because they strengthened its punitive measures. Now, however, it suddenly changed dramatically: the degree of risk on Russian government bonds sharply decreased. Russian paper in ten years offer compared to US debt only plus 1.5% — as little as never before. At the peak of the Russian crisis the proportion was about 6%.

Soon, the Kremlin apparently uses his new power to release new dollar loan. Finance Minister Anton Siluanov said that these bonds can be on the market in the spring. During a survey conducted by Bloomberg, 16 economists proceeded from the fact that the issue can be held until the end of April.

If Moscow can effortlessly get money on the markets, the sanctions, which were extended for six months just this week, even more will lose their value. Since the Russian government is not in the sanctions list, it can receive money from Western banks and in case of doubt can refer them to the firms targeted by the sanctions.

Putin can feel the confirmation of his policy in the desire to own the country forward despite the global hierarchy. History suggests that financial markets play a key role in the rise and fall of Nations. Only those who can obtain credit on acceptable terms, could successfully wage war or to use investment.

It is noteworthy that Russia is now more stable financially than a country of the Euro as Italy. State on the Apennine boot is the third-largest Eurozone economy after Germany and France, and the history of its debt looks much better than many other States. In this country since its independence in 1861 was only one default, as I write Carmen Reinhart (Carmen Reinhart) and Kenneth Rogoff (Kenneth Rogoff) in her book “this time is different”. Since then, the country has delayed the payment of only 3.4% of the time. In Russia all differently. With the tsarist period, the country has one third of the time had a outstanding account. Reinhart and Rogoff have counted as many as eight defaults. The last default occurred in 1998 and remained in the memory of many investors.

However, currently believe that the risk of default in the Eurozone is higher than in Russia. Commensurate with the insurance credit risk Portugal and Greece look even worse. Professionals estimate the probability of defaults for Portugal to 19%, while in Greece the figure is around 50%.

Credit risk insurance is a good barometer of the creditworthiness of the country. Unlike credit rating agencies, which with their estimates is often too late, the so-called CDS (Credit Default Swaps) without delay, signals of possible trouble, but also about the improvement of the situation. However these courses are very volatile, because even the few players with the buying or selling can change direction.

As a risk factor in the currency of the Commonwealth allowed the possible collapse of the Euro. And it can be recognized by insurance of credit risks. There are two types of protection: one in which kompensiruet only non-payment on the bonds, and the other, which also guarantees the exchange of the bonds into other currencies. Meanwhile, the latter type of protection is much more expensive, ie: the risk of collapse requires a higher insurance premium. 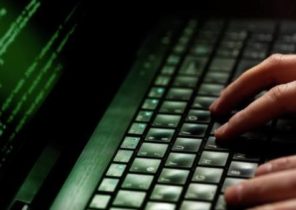