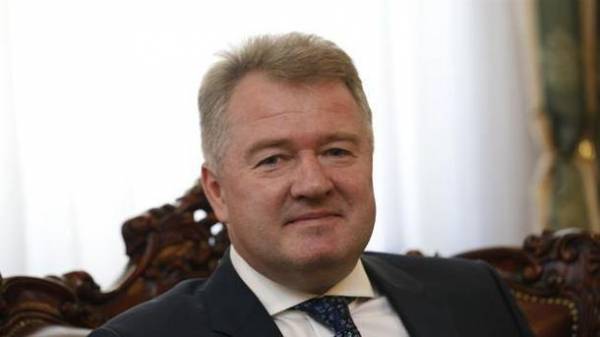 Chairman of the Supreme Council of justice Igor Benedik fired several shots into the air from Lenogo weapons during the conflict, with young people who called themselves activists of the youth movement “Tradition and order,” writes “Ukrainska truth”.

The High Council of justice say that Benedick near his home late in the evening was attacked more than 10 people in balaclavas and he was forced to make a precautionary shot in air from personal weapons.

“March 17 late in the evening, more than 10 dressed in balaclavas people attacked the Chairman of the High Council of justice Igor Benedick and his wife at their private home. I. Benedik called the police. At the same time, in self-defense was forced to make a precautionary shot in air from personal weapons,” – said the press Secretary of the High Council of justice Oksana Lysenko.

As stated by one of the parties to the conflict Eugene Karas in Facebook, Benedick tried to drive a car on the activists of the youth movement “Tradition and order”, who accuse him of corruption.

“Judge Benedick on Osokorki tried to crush the car, and later opened fire with a gun on the activists of the youth movement “Tradition and order”. Activists came to the judge, to communicate and fliers, Benedick claim to a high position in the civil service, engaged in corruption. About it activists today submitted the application to the NEB before the visit to the official,” he wrote.

On a scene there has arrived operative group of the police, the activists were detained. They were taken to darnytske police Department, later they were released.