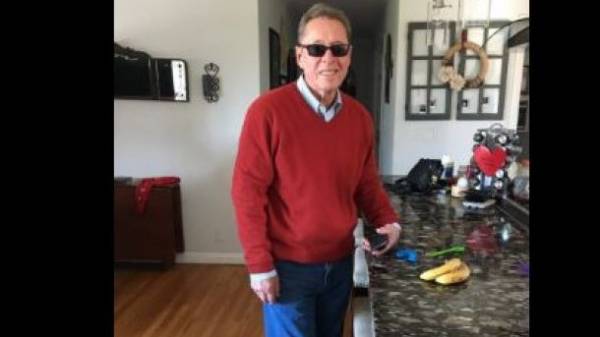 American Jim Moroney became the star of social media after a post of his granddaughter Gaby on Twitter.

The girl showed the pictures of his grandfather and told the story that he was rejected by a woman, originally agreed to meet blindly.

“My grandfather dressed up for a date, drove 45 minutes and bought her chocolate and flowers, but she didn’t come,” wrote Gaby.

It turned out that the man met a woman on a Dating site. As Moroni said portal BuzzFeed, especially for Dating, he bought a sweater. He waited for the lady at the appointed place, and when he realized that she was on a date will not come, went to her granddaughter and gave her the gifts which were prepared for Dating.

“I felt so sorry for him, I tried to feel comfortable in our house, and told him that I love him,” said the girl.

It is noteworthy that the entry of Gabi in the social network collected more than seven thousand retweets and tens of thousands of likes.

My grandpa got all dressed up for his date, drove 45 minutes away, bought her chocolate and flowers and he got stood up:( pic.twitter.com/P4tGNGtOLU

Some members sympathized with the grandfather, and others believe that Moroni does not need anyone’s pity because it looks great. Jim was literally swamped with offers of a date.

Moroni himself said that will not leave searches of the second half, and even promised to get up the nerve again to go on a date.