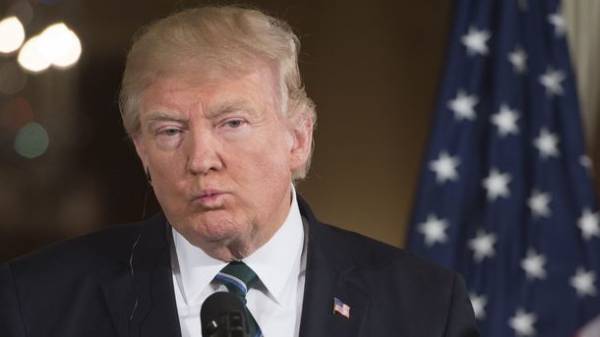 When the US after the referendum in Britain began to think what the country needs to bet Washington in its policy towards the EU, most often called Germany as the most likely candidate. Comments about this “Today” said an analyst with the Institute of world politics Nicholas Beleskov, commenting on yesterday’s meeting of the US President Donald trump and the German Chancellor Angela Merkel.

“In terms of a British exit from the EU, its place in US foreign policy towards Europe will decrease because of the impossibility of so actively to influence the agenda within the EU, while the value for Germany will only grow. When the US after the referendum in Britain began to think what the country needs to bet Washington in its policy towards the EU, most often called Germany as the most likely candidate. So if the White House wants to pursue an effective policy towards Euro-Atlantic region, good relations with Germany is one of the main conditions. Although we can not exclude purely subjective factor, trump will have more to gravitate towards London, not Berlin” – the expert believes.

According to him, the Administration of Barack Obama has been able to build good relationships with the UK on the basis of a formula about “the special relationship between London and Washington” and Germany. “But actually during the reign of Barack Obama’s relationship with Berlin was very good, not least because of the willingness of the predecessor to trump on many issues not just to consult with Germany, but also to consider their position in the formation and implementation of U.S. foreign policy. Good proof of this was that the White House under Obama not only supported Chancellor Merkel in her efforts to solve Ukrainian-Russian conflict, but actually acknowledged the leading role of Berlin in this,” says Belenkov.

Although, according to experts, on the other hand, the White House has always valued the relationship with Britain that is more divided vision of the United States on key issues of world politics. “So, in the case of the Ukrainian-Russian war the voice UK within the EU was one of the main guarantees for the White House that European sanctions against Russia will not be canceled without real progress to resolve the conflict. Therefore, we cannot say that under Obama’s priority was relations with Germany at the expense of relations with the United Kingdom – White House Obama was able to effectively communicate with one country or the other”, – concluded the analyst.

Recall that the first foreign leader whom President trump hosted at the White House, became Prime Minister of great Britain Teresa may. It was after this meeting, Donald trump said that to speak about lifting sanctions against Russia, vselennyh invasion of Ukraine, yet.

Yesterday in Washington the first meeting of German Chancellor Angela Merkel and U.S. President Donald trump. At the joint after negotiations a press-conferences the US President assured the Chancellor of Germany in support of NATO and the EU. The leaders agreed to strengthen economic cooperation, and also discussed the situation in Ukraine. Trump highlighted the efforts of France and Germany in the “Norman format” and thanked Merkel and French President Francois Hollande, Recalling that the peaceful settlement is the most acceptable way of resolving conflict. Angela Merkel, in turn, noted that in the framework of the “Norman format” on the implementation of “Minsk agreements” “we have not achieved everything that wanted, but we will continue to work with experts in this area.”