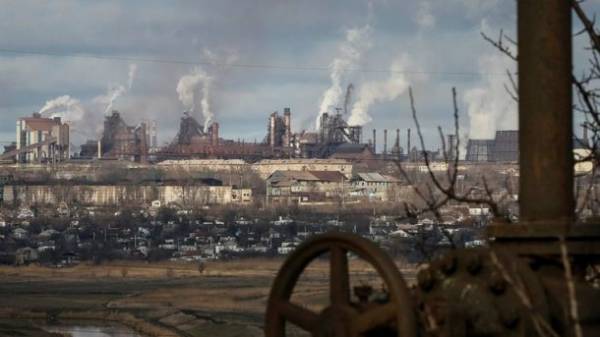 So-called “nationalization” of enterprises in the occupied territories of Donbass may lead to some increase in social tension on both sides of the demarcation line, according to Ukrainian sociologists.

“This will lead to a stop of the enterprises in Ukraine, and there are such cases, in particular in Mariupol and other cities as they are linked to the production cycle of these enterprises in the occupied territories, says Iryna Bekeshkina, sociologist, Director of Fund “Democratic initiatives” to them. Ilko Kucheriv, – And this in result will lead to increased social tensions on both sides of the demarcation line”.

“Moreover, if it really will lead to reduction of receipts in the budget of Ukraine, obviously, will have a negative economic impact on the entire population of the country” – predicts expert sociologist.

“We lose around 1.5 per cent economic growth this year. Losses on foreign currency balance amount to 1.5 billion dollars, And if you consider the fact that you will have to import coal, it’s like a double minus in the trade balance,” – said Deputy Minister Yury Grymchak.

To give an exact amount of funds necessary for procurement of imported coal is difficult. But, in the opinion of the Minister of energy and coal industry of Ukraine Igor Nasalik, “the cost of each ton of coal will increase by UAH 1100, additionally we will need at least 4.2 billion hryvnia.”

Investors also reacted negatively to the blockade and “nationalization”. According to General Director of Dragon Capital Tomas Fiala, over the past month, prices of Ukrainian Eurobonds fell by 4 – 5 points.

“The yield on long bonds at 8.5%, is now trading with a yield of 9 to 9.2% per annum. Because the shutdown of plants in the controlled territory is a foreign exchange revenues. We need it, as in Ukraine, the current account deficit, which will only get worse if we import coal and pay for it in dollars”, -says the analyst.

As a result of all these events, the Director of the Foundation Bekeshkina predicts not only social tension, but “the decline of trust, the deterioration of relations of the population to all branches of government – and the President and the Verkhovna Rada, and it is obvious the Cabinet of Ministers”.

Recall that in early March the militants of the so-called “DNR”/”LNR” entered external management at all enterprises of the Ukrainian jurisdiction in the occupied territories of Donbass.

Earlier, on February 28, militants seized control centre of Rinat Akhmetov Humanitarian center, which is located on the “Donbass Arena” on uncontrollable Kiev territories.

Since March 1 of PJSC “Ukrtelecom” was forced to stop providing services to subscribers in the uncontrolled part of the Donetsk region due to the interference of unidentified individuals in the network and the seizure of the office of the company.

March 13, militants of the so-called “DNR” seized hotels “Donbass Palace” and “Park Inn” in Donetsk. Of hotels and all the equipment has also been occupied by armed groups. 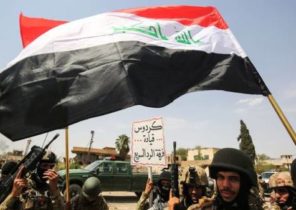