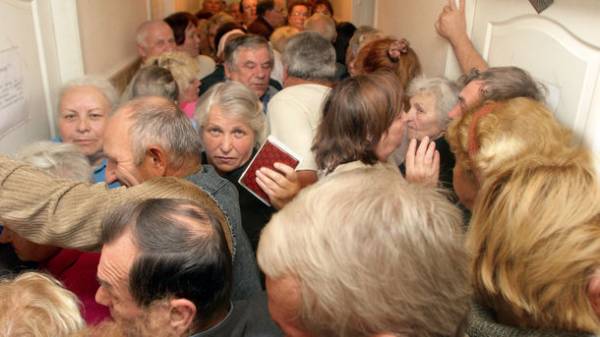 Ukrainians in 2017 received bills with record amounts. Over the last few years has risen all utilities: heating, hot and cold water, electricity, gas. The Cabinet said: the grant program “protects” from the high payment of all Ukrainians in need. The website “Today” figured out how and when Ukraine can reduce subsidies.

How to cut subsidies

New minimum salary will be displayed on subsidence only in 2018. the Subsidy charged on the basis of income over the past year. This year “discount on a communal flat” will be calculated on the basis of revenue in 2016, and for 2017. As calculated in the Finance Ministry, due to the increase in the minimum wage two times for subsidies will be able to save five billion hryvnia.

For example, the total income of a family of four in 2016 – 3200 UAH (two parents with minimum wage and two children). 800 hryvnia each. For utilities such family, if you spend within social norms, will pay no more than 122 USD. In 2017, the same family with two minimum wage will earn 6400 UAH, and for communal pay about 493 USD. The amount of subsidy for families with minimum wage will reduce. However, the Ukrainians, who received the minimal decrease will not feel the wage growth will cover additional expenses in several times.

Also revised the ratio of consumption Gcal 3,28 only 2.5 Gcal of heat. If you do not reduce consumption, 0,7 Gcal will have to pay without subsidies. In Kiev, this amount of heat will cost about 1411 USD.

Revision of standards will allow the state to save on the subsidies, said the expert in the field of energy Valentin Zemlyansky. “This will lead to the reduction of subsidies. Social norms are reduced, and the subsidy covers only social norms. In addition, it will lead to growth of payment. Something to cover the subsidy, and the rest people have to pay themselves,” – said the “Today” Zemlyansky.

Income when calculating subsidies this year want to take into account the deposits, it was declared by the Minister sotspolitiki Andrey Reva. “We probably still include deposits in the calculation of household income for the purpose of the grant. But, most of all, we will do this with the month of may, after the end of the heating period. Because it is right to include, it’s still possible to consider the income, especially when interest is paid,” sizelimit.

By the way, the average Deposit in Ukraine – a total of nine thousand, and earnings from such contributions – less than 200 UAH. Significantly on subsidies is not affected. However, if, for example, Deposit amount is UAH 100 thousand, monthly it is possible to earn 1500 hryvnia. For a family of four with an income of 6400 USD and for deposits in UAH 100 thousand, after the decision of the Cabinet on a monthly basis for communal have to pay to 257 USD more.

Subsidies receives the majority of Ukrainians

At the end of this year, according to the Ministry of social policy, “a discount on a communal flat” will receive 9 of the 15 million Ukrainian families. In this year’s budget for grants laid 51 billion hryvnia. The average amount of subsidy – 1521 hryvnia.

In 2012, according to the State statistics service, the Ukrainians gave utilities an average of 16% of salary. The amount of the payment at that time reached 502 hryvnia, at the same time the average salary was at the level of 3098 USD. In January 2017 the average bills for communal 1807,9 reached UAH (33% of the average wage), this is a record in the history of Ukraine money. However, in the structure of population’s expenses utilities is less than 10%, this is due to the large number of subsidianes.

By the way, this year subsidiaty will be large-scale verification. The Finance Ministry has detected 100’s of thousands of families who have made a purchase in the amount of 50 thousand hryvnias and issued subsidies.

Just a “blacklist” of the Ministry of Finance got 185 thousand grantees, now the information is verified by the social security authorities. As explained on the hotline of the Cabinet, to write without a grant of Ukrainians are for two reasons: grantee hides part of the income; grantee made a purchase for the sum from 50 thousand within 12 months of receipt of a “discount.” Without the help can also be those Ukrainians whose income over the past year increased significantly.

After that, suggest officials will have an incentive to save – less spent on bills, the more money is left. If now the “saved” funds be transferred to the following month, after the monetization of the “change” you will receive “hands on”.

There are several possible monetization schemes. The first is to pay money Teplokommunenergo (CTV), which will offset the subsidies, the second is to transfer the money allocated for subsidies directly to consumers. The second model also has several variants. On the card can list all the money, and the Ukrainians will be able to spend them at its discretion, or the card will list only the savings, if the grantee used the resources provided by a social norm. During the heating season through the monetization can “earn” up to 10 thousand hryvnia.