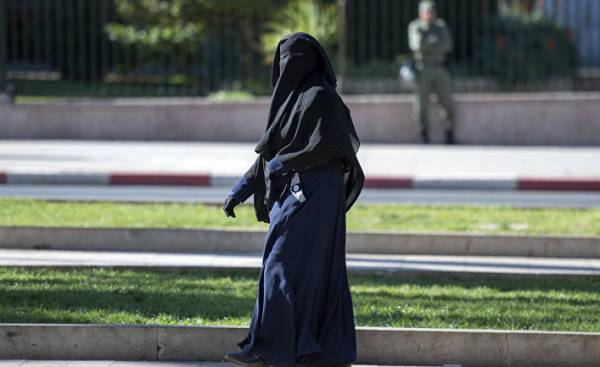 The EU court took a controversial decision: now the employer can prohibit their employees to wear at work religious clothing.

The basis of the decision of the court went to the scene when one of the Belgian woman was fired because she insisted to wear a head covering while at work. The ECJ confirmed the validity of the decisions rendered by the Belgian court, which recognized lawful dismissal. This means that to dismiss the work of people carrying on the work of religious clothing, is not considered in Europe discrimination.

The court’s decision to admit the clothes sufficient reason for dismissing a person from work argued that the enterprise or institution it is necessary to appear before the public as “neutral”. It is also a prerequisite to do the internal regulations on the company General. In this case, with the Belgian branch of G4S Secure dealing with security issues — the ban was directed against what the company called “the wearing of political, philosophical or religious symbols”.

But, although the court proceeded from the fact that the company’s attitude to the phenomenon of “dress code” is neutral, there is little doubt that most, which will impact the court’s decision is a Muslim women who insist on wearing religious headgear such as the hijab. But in principle, the law prohibits the wearing of the Christian cross, Jewish hat yarmulke.

In recent years, the European dress code increasingly becomes politicized topic. In 2011, in countries where there is a strong tradition of separation of Church and state in our time, religion and state — such as France and Belgium, a ban was imposed on wearing the fully-covering religious attire (such as burqa and niqab).

There is no doubt that this law “pushed through” both our and foreign “right” exerted political pressure. The spread of right-wing populism across the continent has led to the fact that Austria and the Netherlands have adopted similar laws. Germany Angela Merkel partially supports the ban against religious attire in public places.

Although the decision of the Court of justice is clear, it allows different interpretations in national courts. The court notes that the General prohibition of religious or political symbols may indicate indirect discrimination if the bans impact mostly on people of a certain faith. Also important is the work that employees do. If a worker in sight, when a company or organization will present themselves, as was the case with the dismissed Obita Samira (Samira Achbita) in Belgium (she worked in reception), to fire her was legal. If the employee is not visible, then it’s something else.

The verdict reflects the same trend that was typical for the decisions rendered earlier by other courts — namely, the European court of human rights, which upheld the decision of the French court about the wearing of the burqa in public places. The question of religious garments in Europe has become very politicized, especially after the mass influx to the continent of refugees in 2015.