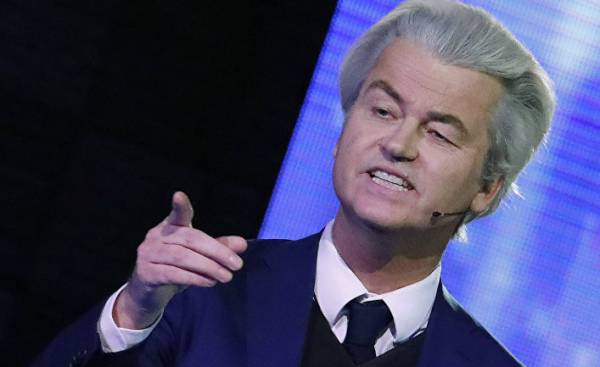 The Dutch, of course, amazed that the current election to the national Parliament chained so much international attention. Most explain this with one word: “tramp”. But in fact causes a lot more. The outcome of the vote on 15 March is considered to be symptomatic of the whole European Union, because in the 2017 presidential and parliamentary elections will be held in France, Germany, possibly, in Italy.

After the referendum on the British exit from the EU and a victory on presidential elections of the USA of Donald trump, who does not hide the sceptical relation to the idea of a United Europe, this year, at stake is perhaps the future of the EU as a whole. All remember that at the end of 2016, the Austrians chose the President not the extremely right politician, representative of the green party, ending the victories of populists and eurosceptics.

The Dutch can choose the enemy of the EU

One of the two main contenders in the elections in the Netherlands is considered the leader of the freedom Party of Geert Wilders with the electoral program on one page: to stop Islam, ban the Koran, close borders to refugees and to withdraw from the European Union. Not only does he have the nickname “Dutch tramp”, but even shamelessly stolen the slogan: “Make the Netherlands great again”.

In the pre-election polls forward recently escaped the people’s party for freedom and democracy, which is headed by current Prime Minister mark Rutte. But the scandal with Turkey because of the ban on the statements of the Turkish politicians in the Netherlands can mix all the cards. And theoretically Wilders may win. This is exactly the point the observers what they want right-wing conservative circles in the United States and… leadership in the Kremlin.

The possible success of Wilders, willing to explain to Dutch scientists, does not mean much: none of the parties have chances of entering Parliament is not willing to form a coalition government with Wilders. It in all probability is waiting for a place in the opposition.

But the symbolic effect is significant, and Russia count on him. Expectations of Russian elites from the elections in the Netherlands on the last weekend in the air of public legal television channel NPO was explained by the Russian political scientist Alexander Dugin.

His influence on the course of the Kremlin is greatly overvalued, but he publicly expresses what is excluded, in the Kremlin think, “I am for those who vote for Wilders, marine Le Pen, said Dugin. — Russia symbolically supports such figures not so much because of ideological affinity, how much opposition the globalist liberal course”.

Does support symbolic gestures or between Dutch politicians and the Kremlin have any financial ties, as in the case of a candidate for the French presidency, marine Le Pen? The study of this issue is the group of Dutch journalists. But the search was not given.

As noted several years worked in Russia, the journalist Arnold van Bruggen, policy in the Netherlands is very cautious about relations with Russia after the tragedy of the MH17 plane shot down near Russian-Ukrainian border in July 2014. Passengers of the flight were mostly Dutch. This incident did not spoil and without that uneasy relations of Moscow and the Hague.

“Wilders is not exactly our”

Besides Geert Wilders does not correspond to the pattern of the European right-wing politics, which could be appealing to the Kremlin. “Wilders is not quite ours, it’s anti-Islamic, hard, Pro-Israel, he’s actually a liberal,” said in the same interview, Dugin.

In Russia hardly would be supported by the fact that Wilders, in contrast to the German party of ADH or the National front, Le Pen, advocated full rights for gays, lesbians and transgender people (LGBT). This contradicts the fact that Russia considers traditional values.

Perhaps that is why Dugin is agreed that the policy of Wilders “has the meaning for Holland, but for us it is all the same.” According to Dugin, Russia’s people are more interested in how long “will exist this monstrosity called the European Union”.

The Dutch are afraid of Russian influence…

Russia did not just passively watching what is happening in the Netherlands, said the Director of the General intelligence service and the security of the Netherlands. “Russia is trying to obtain secret government documents by cyberslam”, — he said in an interview with Dutch journalists. Earlier in January, and in February 2017 security services of the Netherlands reported, however, without giving any evidence that Russia seeks to influence policy, culture and the media.

The left-liberal newspaper Volkskrant recently wrote about the fact that government computers and tried to get two groups of hackers. Citing intelligence agencies, journalists are told that the suspect and Cosy Bear Fancy Bear, which some associate with the Russian special services and suspected of attack on the servers of the US Democratic party.

According to the newspaper, hacking in the Netherlands was not successful. Out of fear that hackers, mostly from Russia, will try to manipulate electronic voting, count the ballots, the Dutch will hand.

…and the United States

On the other hand, the Dutch are concerned about the impact on the outcome of the election campaign of remittances from the United States. In reports of the Ministry of interior of the Netherlands in recent years attract the attention of large (by local standards) donations to organizations controlled by Geert Wilders, from sympathizers of the critics of Islam and of Euro-skeptics from the United States.

Only from American activist and critic of Islam, David Horowitz Wilders received about 40 thousand dollars annually, and in 2015 — from 120 thousand dollars. Compared to the 30 million that donated to the campaign of Donald trump, national rifle Association of the United States, it is, of course, trivia. But in the Netherlands it was the largest donation to a political organization in 2015. 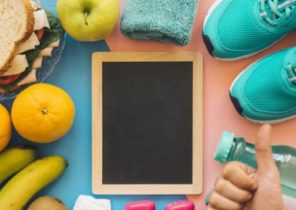 Powered by Jogging: what is possible and impossible 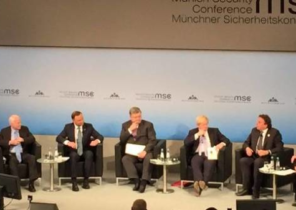