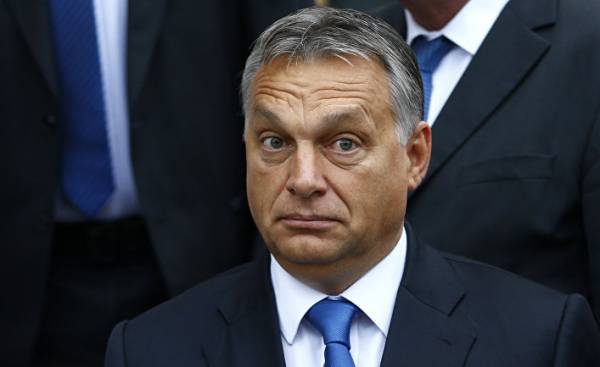 In 1938 Aurel Kolnai, who lived in exile Hungarian philosopher of Jewish origin, published his most famous book — “the War against the West”. It was investigated the ideas underlying national socialism. Kolnai read seem entirely pompous treatises, written in most cases, third-rate thinkers, which extolled the value of the Land heroes, militancy, self-sacrifice, the “blood and soil”, and the materialistic, liberal democratic, bourgeois society of the land of merchants (i.e. the West) was poklyalis.

A land of heroes, of course, was Nazi Germany, and the West, a corrupt Jewish money and harmful cosmopolitanism, represented the United States and Britain. You had to have a total blood to belong to the heroic German people, while citizenship in the Anglo-Saxon world was open to immigrants willing to obey the law. This idea of two different models of citizenship goes back at least to the late nineteenth century, when the German Kaiser Wilhelm II spoke with contempt about Britain, America and France for the fact that their society was a Mudblood, or even, as he said, “unrefillable”.

“West” won the war, at least in Western Europe; the USSR won in the East. But the former enemies have been subjected to punishment, and education (with cultural and political programs, generously subsidized by American money) so they become like Americans.

At the same time, the United States, with British support, established a new international order established in 1945 and is based on the principle of free trade, supranational institutions and, at least in theory, the idea of spreading liberal democracy.

However, in reality, the war of ideas has not ended. Liberal ideas, internationalism and openness towards immigrants are again under attack. National socialism is now openly supporting the only group of misfits (though they are becoming more noticeable). But again we see the official hostility to cultural and religious minorities, and hatred of cosmopolitan elites.

There is at least one good test to determine the position of people: it is their attitude to international investor and philanthropist George Soros. As Kolnai, Soros is a Hungarian-born Jew who went to Britain and then to USA. After the collapse of the Soviet Empire in the late 1980-ies, Soros began to do roughly the same thing, what did the state Agency of the United States after the Second world war. He spent large sums from his personal fortune to the promotion of the values of liberal democracy in the former Communist countries. One of the many beneficiaries of his generosity is the current Prime Minister of Hungary Viktor Orban, who studied at Oxford on a scholarship of the Soros Foundation.

And now, biting the hand that fed him, Orban calls “cross-border Empire” Soros dangerous threat to the national identity of Hungary. Soros, in his opinion, is “predator” based on “tons of money”. Orban — an ardent defender of the “illiberal democracy” as some other win elections, authoritarian rulers in the former satellites of the USSR. “In every country Soros wants to drive,” said Orban in December.

For some countries, Orban’s right. Jaroslaw Kaczynski, leader of the ruling Polish party, I’m sure that groups supported by Soros, want a “community without identity”. Liviu Dragnea, head of the ruling party of Romania, went even further, saying that Soros is “funding evil.” In fact, in Romania, Soros is funding educational programs, scholarships and international NGOs who help to create a cleaner environment.

Soros can be called a personification of the “West” in the sense that it was determined Kolnai. He is the embodiment of everything I hate anti-Semites and Nativity: rich, cosmopolitan Jew, a liberal, who plays for the “open society” — a term invented by Karl Popper, another native of Jewish origins from the Austro-Hungarian Empire.

In the 1930-ies, when the enemies of the open society threatened Europe, there was a strong model-a counterbalance in the form of Britain and especially the United States, enhanced by a “New course” of Franklin Roosevelt. Continental European victims of totalitarianism could find asylum in the “West”, and not even knowing what the Nazis and the Nazis London and Washington will be invincible enemies.

But now we live in a completely different world. Britain turned to Europe back, rejecting the internationalism of the EU and impregnated with poison of politicians who believe that immigration is an existential threat to national identity. As President of the United States elected Donald trump, what Orban called a new chance — a “gift” for Hungary. Moreover, during the election campaign the trump, Soros was portrayed as a villain, cosmopolitan rebel.

Looks trump on immigration — validating “rapists”, “terrorists” and so on — have provided enormous moral support to the enemies of the West. His slogan “America first,” his Islamophobia, approval of torture, the attack on the mainstream media — all of it is used by authoritarian rulers and opponents of liberalism in the world to justify closed borders and the persecution of “enemies of the people”, and with violence if necessary.

In this political climate, an alternative to a closed-society model is weakening. The West, in the sense that it was determined Kolnai really faced an existential threat, but it began not immigrants, not Islam and not the Soros-funded NGOs. The most dangerous enemies of the West were people who like to claim that came to save him: Orban, marine Le Pen in France, Geert Wilders in the Netherlands, Kaczynski and trump.

However, in Europe there is one hope that could surprise Kolnai, who published his book that year, when Hitler’s soldiers joined the March into Austria and Czechoslovakia. Angela Merkel, the German Chancellor, although it can be, and have made serious errors (especially in the politics of the European Union with Greece), is the most dedicated advocate of the ideas of liberal democracy in Europe. We can only hope that Germany, the former Land of heroes, will stand in this new war against the West.