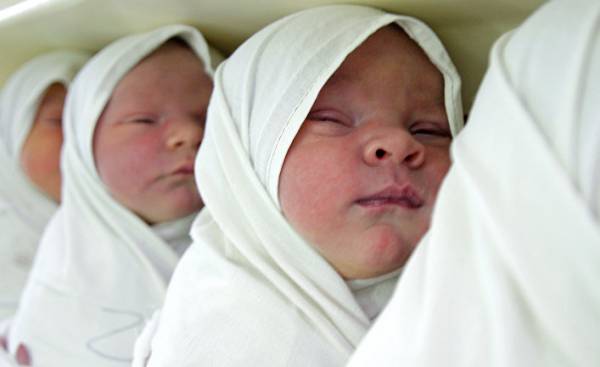 In the first quarter of the current year in Russia there is a decrease in the birth rate in this period was born about 69 thousand babies is less in comparison with the same period last year. This occurred against the backdrop of a new wave of concerns about the declining population of the country as a result of the action of negative factors.

First among these factors is the reduction in the number of births after the collapse of the Soviet Union in the 90-ies of the last century, and the fact that today the generation born in that period, reached the age at which families are created, as reported by the President of Russia Vladimir Putin during a recent meeting in the Kremlin. He confirmed that there are various suggestions as to how to raise the birth rate in the country.

In this regard, the Director of the Institute of demography of the Higher school of economy Anatoly Vishnevsky noted that the wave reduction in the number of births in Russia occur every quarter of a century since the Second world war, when in 1943, was recorded the lowest birth rate. Thus, in 2018 ends the third 25-year period.

In an interview to “al Arabi al Jadid” Wisniewski said: “This decline is an expected phenomenon, and I don’t think it is a manifestation of the demographic crisis, the main problem is the high level of mortality, the decline in the birth rate”.

When the Soviet Union collapsed in 1991, Russia’s population was 148 million people, but it started to decline against the background of political, economic and social unrest that the country experienced in the 90-ies. So, in 2007, the population fell to 143 million people. Since the beginning of 2009 it began to increase because of the flow of immigrants to Russia. For the period from 2013 to 2015, the demographic situation has improved somewhat, as the number of births slightly exceeded the number of deaths, natural increase amounted to 0.2 — 0.3 ppm. The population of Russia this year has increased to 147 million people after the annexation of Crimea in 2014.

In turn, the UN forecasts show that Russia’s population may shrink to 136 million people by 2035, amid signs of a reduction in the number of women of childbearing age, high mortality and increase the proportion of elderly people. However, according to Wisniewski, these estimates are inaccurate because they do not take into account the immigration factor: “Since the early 90-ies of the flow of migrants is a factor that supports the stability of the population of Russia. Even in recent years when the number of births was greater than the number of deaths, it contributed to the population growth to the same extent as the migration process”.

As for his prediction about the population of Russia by 2035, he said, “Forecasts of the Federal service of state statistics of Russia, as well as our Institute is much more optimistic than the UN forecasts. According to them, Russia’s population will remain at the same level of 146 million people.”

In an attempt to motivate young people to have children, the Russian government offers various benefits and concessions to large families in the first place, this “maternity capital”, which provides assistance in the amount of about $ 7,500. It is paid every Russian family on the birth or adoption of her second child and more. Families may not be able to receive help in the form of money: but they can invest these funds in improving housing conditions, education and so on. At the end of June, the Prime Minister of Russia Dmitry Medvedev confirmed the increase in the size of the parent capital, starting in 2020.

However, Wisniewski diminish the effectiveness of government measures to increase fertility, considering that the factors that influence the behavior of citizens in the sphere of family life, are deeper. Russian researcher concludes that the task of social policy is to families that have children, feel safe, both physically and economically and culturally, while the families themselves should decide how many children they want to have. 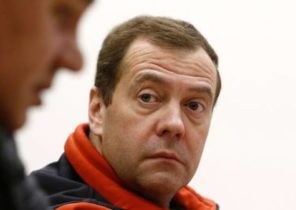