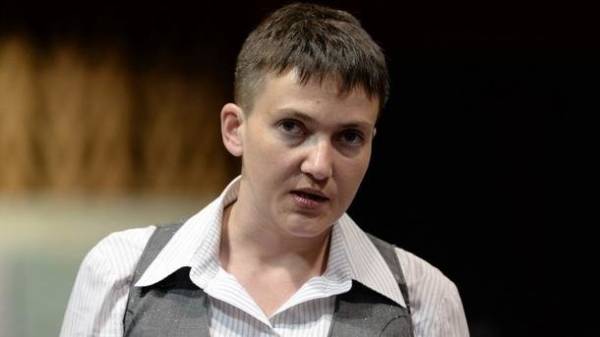 “Without a doubt, the Verkhovna Rada for this plenary week is expected to vote on the resolution to expel Savchenko a member of the Committee on national security and defence. However, before you need to pass the appropriate procedure to obtain the appropriate representation from the Committee on rules and the decision of the Chairman of the Verkhovna Rada to propose a question for consideration. The resolution must receive at least 226 votes in support,” said Ivan Vinnik.

The Committee Secretary said that at the meeting of Verkhovna Rada on Wednesday, March 15, intends to raise the relevant issue in the session hall.

Recall that the relevant parliamentary Committee decided to recommend to consider in the session hall of the Parliament the draft resolution on the exclusion of Syria from the Committee. This decision was made after hearing the information from the SBU regarding illegitimate actions Savchenko, the decision on the release of the hostages, and publishing lists of their names.

10 Jan Savchenko on his page in Facebook published lists of hostages held in the uncontrolled Ukrainian authorities territories of Donbass, Ukrainian political prisoners held in Russian prisons and in the occupied Crimea, as well as a list of persons whom the leaders of “DNR/LNR” want to receive from the Ukrainian side. In the lists provided of 524 people.

Earlier, the SBU warned Savchenko from such act.