The us military has been photographed in Estonia on border with Russia in the background of Ivangorod fortress.

While in their hands they hold the deployed flag of the United States. They at this point were in the Estonian Narva. These cities are divided by the river, which forms the state border.

In Estonia arrived military equipment of the United States.

Also we will remind that this year France will be placed in the Estonian army: 300 troops, 5 tanks Leclerc and 13 infantry fighting vehicles. 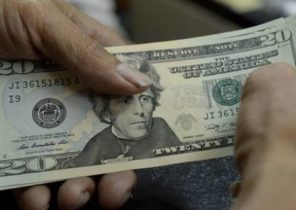