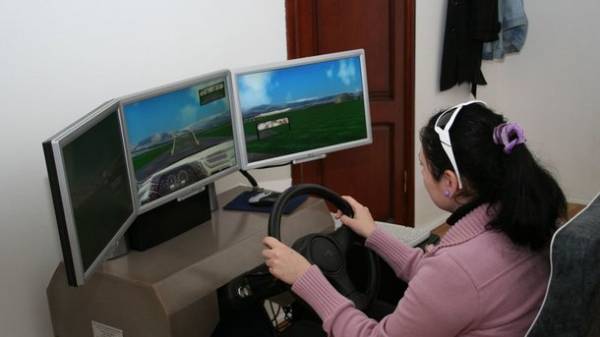 This year Ukrainian drivers can pass the theoretical exams for driver’s license for new tickets. The other day in the Main service center (GSC), Ministry of internal Affairs presented on its website a test version of the new system of exams to receive the rights. According to the head of GSC Vladislav Cricle, the purpose of innovation is to remove irrelevant questions from the existing tickets and make the exams transparent. Today everyone can take a “trial” test, but also to Express their wishes to the tickets. Wishes will be collected until April, and in mid-summer, the system can earn. “Today” has tested the new.

THE MAIN INNOVATIONS. As explained to “Today” in a press-service of GSC, trained 2,500 questions covering all categories of drivers from the “tail” of scooters and motorcycles to drivers of heavy vehicles. The first innovation — the questions are divided into categories. For example, someone who is going to control the car, not going to ask, what is the maximum speed allowed to drive the truck. That is, the questions for the driver of the car will be only on the control car.
In addition, a list of 20 questions will be generated by the system randomly. If the examinee incorrectly answering one of the critical issues (for example, rules of journey of intersections), the system in the future will choose him questions on this topic. And third in the second stage of the reform of GSC is going to introduce a video and photographs of the exams for the transparency of the process.

Recall that the reform ticket has been prepared in SAI, but did not appear because of the high cost and resistance of examiners-corruption. “Students of driving schools will not be able to memorize the answers, not really knowing traffic rules. Due to the fact that now not, have very negative consequences on the roads,” said Crickley us.

According to the press service of GSC already received about 3,000 requests. Most people while asking more specific questions and answers. In GSTS promise that it will be done. But changes in traffic — for example, allow to go to the city as fast as 60 km/h or to Park right next to the corner due to lack of space (allowed not closer than 10 metres), is unlikely to make.

Head of GSC Vladislav Crickley answered a few exclusive questions from “Today” about the new system of exams to future drivers.

1. When can be entered for new tickets?

– Tickets will be launched in early summer. As stated earlier, we need three months from the beginning of public discussion. Such an open online discussion takes place for the first time in Ukraine. The month will be the collection of incoming information and analysis of the proposals. After the tickets are finalized and technically implemented in the service centers.

2. Will there be a transitional period for those who were trained under the old tickets?

– We don’t change the rules of the road, so there is no need. We are changing only the questions to test theoretical knowledge, the purpose of which is to help the citizens-to exclude illogical questions and to classify. Previously taught tickets, and we also in the new format required subject knowledge, not memorized tickets. Nothing new, but to learn specific ticket will not work.

– All questions we do not give. We will not allow the monopoly of publishers as before. and at the same time don’t want to market prematurely got the exam questions correctly. We have more than 3000 suggestions and comments that we analyzed.

4. What kind of suggestions readers can be taken into account? For example: more accurate phrasing of the question. Or change any article of the traffic regulations (speed limits, stopping and Parking, etc.).

– Suggestions/comments can address the issue, his ornate language, responses, or graphic content, if there is a picture in the question.

EXPERTS. Experts on transport see as the pros and cons of the new system. “Categorization of questions will help the exam because the examinee does not need to remember the extra information, not related to your car, but really difficult to memorize the tickets,” — said the expert auto Constantine Kinburn. But an expert on transport Alexander Kava did not see much point in innovation: “the Driver of the car is still worth to know the length of the truck, in order to assess the possibility of safe overtaking, but the new tickets that may not be. And transparent exams will when will introduce her video online. Without this, any innovation is useless”.

“Today” has tested: test online exam in the SDA works well, but the issues it has. We chose the most popular category on — for drivers of cars and try to pass the exam. Alas, despite assurances from GSC about “categorization”, we got questions about what tractors and trucks can drive in pedestrian zones, at what age are taught to ride a motorcycle and how to behave as a regular bus driver, drove away from the stop. In GSC we have explained that the system is working in test mode, therefore, can cover several categories: not only “In” and “A” (motorcycles). Promise that in the working version it will not.