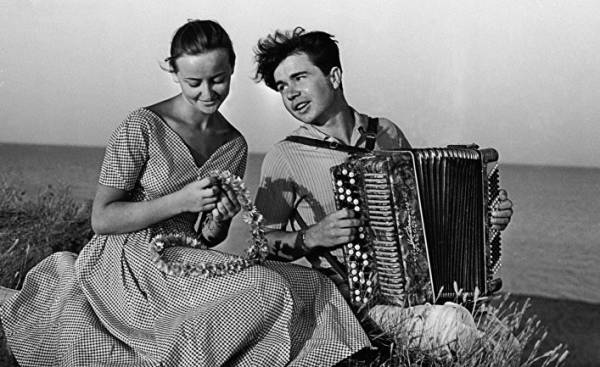 30 years ago, at the beginning of perestroika in the USSR initiated by Mikhail Gorbachev, the then Soviet television began to organize a teleconference between the audience in the United States and the workers of the Soviet Union of Socialist Republics.

The audience could ask about the simplest and about the most unusual things. One woman from Boston asked Muscovites: “is There any sex in the USSR?” The response from Moscow was: “Sex in the USSR…” the laughter rose In the lost second part of the answer: “…we Have love.” It was true: love and relationship between a man and a woman was perceived as more serious.

The attitude toward sex in the former tsarist Russia, which later became the Soviet Union, changed in 1917, becoming more free. Marriage was considered a relic of bourgeois relations. Bright sexy symbol of the proletarian revolution was Alexandra Kollontai. Her words that “because of the class role no matter what is the form of love — a long formal or a short-term Union communication,” produced a bombshell.

Her most famous saying was that the need for sex is comparable to the desire to drink a glass of water. Alexandra Kollontai was very skeptical about the family. She believed that women should serve class interests, and not an isolated unit of society. In the article “gender Relations and class morality,” she wrote: “For the working class a great “flow”, the smaller the tightness of the intercourse of the sexes is quite the same and even directly derived from the main objectives of this class.”

Vladimir Ulyanov (Lenin) and today is known that, fascinated by revolutionary ideas, had a relationship with two women — Nadezhda Krupskaya and Inessa Armand. During the stay, a revolutionary pair in Paris Armand was not only their confidant and Secretary, but also a friend. The triple connection is still causing issues. Historians rekonstruiruet their relationship in memoir and the remaining correspondence. Here’s a snippet from the letter to Inessa to Lenin of December 1913: “I wasn’t in love with you, but then I loved you very much. I have now been without kisses, only to see you, to talk with you would be happy — and that no one would be hurt. Why would I deny this? Are you asking if I’m mad because you “spent” separation. No, I think you didn’t do it for themselves.”

However, be aware that letters to Inessa Armand was reduced and corrected: God forbid, proletarians of all countries, learn all about a love triangle of comrade Vladimir Ilyich Ulyanov (Lenin).

The nationalization of women

In one of Russian cities went out a decree on the nationalization of women. All unmarried women were handed over to public use and would satisfy the needs of the members of the Union of Communist youth (Komsomol) and Communist party (then the CPSU(b) — all-Union Communist party (Bolsheviks)). Single men who had the right to use the services of unmarried ladies, had to contribute to this common cause of 10% of salary. Because fellow women had something to live for.

Was March 1918. Civil war. In the first warm days of spring, all chasing women. They stood in front of the club and resented. They were surrounded by members of the club… That was the reason for this conflict? The walls of the houses in the city of Saratov were covered with leaflets — the “Decree on the abolition of private ownership of women”. The authors were local anarchists. In the preamble of the document stated that “all the best women are at the mercy of the bourgeoisie,” and it “prevents the proper continuation of the human race”. Therefore, all women except those who have five or more children, ranging in age from 17 to 32 years are declared public.

The document described the rules of registration of women and their “use”. In the decree it was said that a man has the right to “use” a woman “not more than three times a week for three hours.” The former spouses was a priority, but to interfere with others they had no right. If ex-husbands began to obstruct, it would have lost privileges.

Loose morals is preserved after the death of Vladimir Ilyich Lenin. All ended with the arrival of I. V. Stalin. Being not so young, I as the author of these lines, who studied in the USSR, I can tell you that in the Soviet Union, had sex, it was plentiful and it was much more accessible than it is today. Why?

The Soviet Union was not a market state. Soviet society was based on money relations. People had sex exclusively free, in the manner of interchange, or reciprocal services, but most often by mutual sympathy and affection.

Sometimes in the Soviet Union could be faced with paid sex. Its price reached 3% of the average wage. Today the cost of sex in monetary terms, around 15% of the average salary and also depends on some macroeconomic factors, such as the price of oil on world markets, which is tied to the national currency, that is dependent on the ruble freely convertible currencies. If falling price of oil reduced and the cost of paid sex.

Why sex in the USSR was free? Soviet women didn’t have opportunities to invest in their sexual attractiveness, for example, the beautiful lingerie, hair removal, manicure, pedicure, Solarium, not to mention the gym. The word silicone then no one even dared to utter. Today, everything is different. Today, many Russian ladies do that kind of investment. For example, if before the date she “laid out” three thousand rubles at the hairdresser (about 45 euros), she anticipated dinner of the same value. 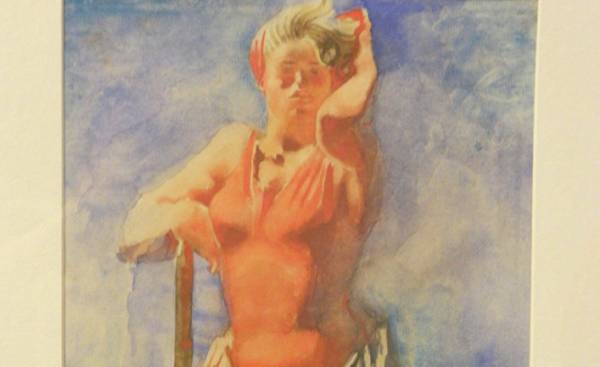 If you invite a woman to dinner, you can expect “response services” for the same amount. There are those who lead. You repeatedly invited her to dinner, to the theater, on vacation, where intercourse… Going to marry. And then suddenly I hear: “Not paid, were given”. And often it ends with the words: “I changed my mind. I have changed the plans.”

The absence of money relations in sex in the Soviet Union led to very interesting consequences. In the Soviet Union, there was no phenomenon known as “trophy wife.” You made a lot of money, so they can afford to marry a young beauty, preferably a model or actress. When in sex or relationships, men and women no monetization, may not be charging when you pay extra for the leather quality or the aesthetic quality of any part of the body.

The USSR was a prestigious woman, was beautiful and well maintained, but they were almost “challenge prize”. These ladies have made several rivals who wish to take them wives, and appeal of such women were not in their beauty, and prestige of their former husbands.

The modernization of the Russian society after the collapse of the Soviet Union in 1991, Vladimir Putin calls the greatest geopolitical catastrophe. After it happened the disaster and in the perception of social relationships and human behavior. The behavior of young people due to her upbringing, and where many mistakes had been made. So-called hipsters are considered the cream of society, but it is, rather, about the “fading” of the brain, with which you can easily qualify for disability. When they were children, they were driven or drove to school, from school, to music lessons, ballet, back. These children are predisposed to social sustainability.

The modern relationship between men and women are reminiscent of the experiments with Guinea pigs. Those who lost independence, who were grown in greenhouse conditions, felt sexual arousal, but I was not sure what to do with it. The problem is not that modern young people don’t know what sex is, or don’t see it. The problem is the so-called non-specific social experience that shape appropriate behavior. This is similar to the use of language. I don’t want to say that hipsters in Russia do not know what sex is. They know, but they brought him money relations.