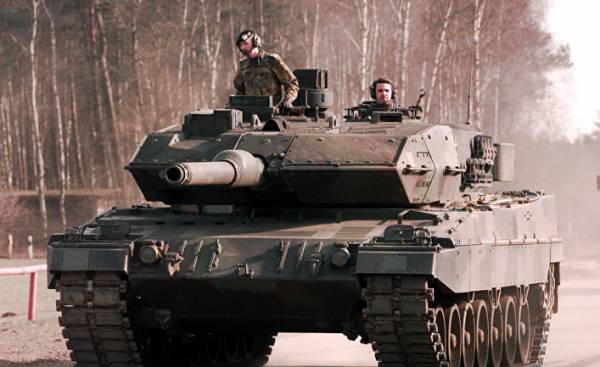 Šeštokai, Lithuania — Bright red locomotive slows down and stops. The cars are barely visible behind the snow veil. The German captain orders his subordinates to unload the part. “Jawohl!” — “Exactly!” — meets one of the soldiers, heading to the first of the 20 tanks, decorated with iron cross of the Bundeswehr.

This scene is reminiscent of old movies about the war, really means the beginning of a new era. After seven and a half decades after the Nazis invaded Lithuania, the Germans back in that Baltic Republic — this time as allies.

Now the administration trump is stepping up the pressure on allied countries, trying to pass on to them a portion of the defense burden. In this regard, the focus was Germany. If it is the economic core of the region will fulfill the requirements of Washington’s demands, it would mean her imminent transformation into the largest military power in Western Europe.

For a long time against the revival of German power was countered first and foremost by the Germans themselves, after the horrors of Nazism rejected militarism. However, the transatlantic policy of the President of trump forces the Germans to rethink their attitude to some things.

After the November elections in the United States, German citizens, caught between America’s trump, and Vladimir Putin’s Russia, began to feel less secure. Combined with trump’s calls for increased military contribution of the allies in NATO is pushing the Germans to reopen to discuss which did not rise after the fall of the Berlin wall the question of the strengthening of the armed forces.

Clearly the prospects of a new future are visible in Lithuania, where over the last few weeks of profit is the base for an unlimited period of time from the Russian border, nearly 500 German soldiers, including the Bavarian infantry battalion. Analysts call it the largest German military operation on the Russian borders after the end of the cold war. It is a serious demonstration of German military power with the participation of 20 Marder infantry fighting vehicles and six Leopard tanks and 12 armored personnel carriers Fuchs and Boxer.

“As for the United States, perhaps they should be careful what you wish for, said the Colonel Thorsten Stefan (Torsten Stephan), authorized representative located in Lithuania Germanic groupings. — Mr. trump says that NATO may no longer needed and that we should become more independent. Well, maybe we’ll become.”

Led by Germany operation, which also involves small contingents of Belgian, Dutch and Norwegian forces, have to give Putin to understand that he should settle down.

However, on the continent, which threatens a new cold war, many fear the revival of German power. In addition, the Russian response strongly emphasize the dark past of Germany. XXI century is the age of hybrid wars, and the first — verbal — volleys have sounded.

Recently the Lithuanian police and the Lithuanian journalists and politicians organized sent an e-mail, which falsely claimed that German soldiers raped 15-the summer local resident. The Lithuanian government quickly denied the accusations, but several local Newspapers and blogs had to distribute them. Now the authorities find out, was behind this scandal Russia.

Parallel Pro sites are pushing the old stereotypes, think about Adolf Hitler and portrays the NATO operation in Lithuania, the “second German invasion”.

Germany is behaving more and more boldly, and on this background the Russian propaganda is increasingly presses on an obsolete analogy. Last week the Russian defense Ministry announced that it plans to build in the Moscow military-Patriotic Park of recreation with a copy of the German Reichstag, to Russian youth could carry out his reconstruction of the assault, held in 1945 during the fall of Berlin.

Meanwhile in Lithuania, a former Soviet Republic, fearful of Russian appetites — Nazi heritage consider ancient history. For many modern Germany looks like a Bastion of democratic principles and one of the world’s human rights defenders, free expression and balanced diplomacy. The Russian threat and uncertainty in NATO forced the Lithuanians to call for a strengthening of Germany and expect it to support.

“I believe that American leadership is necessary to keep, but we also need a European leader,” says Karoblis. Most likely the new guarantor of regional stability, he believes Germany, since Britain is now going to break away from the European Union.

However, many Germans clearly unhappy with that prospect. Some of them do not want to incur the extra costs, others fear that it may start a new arms race. According to a survey conducted by Stern magazine in Germany published this year, 55% of respondents oppose the growth of defense spending in the coming years. Approve 42%.

The German army conducted several exercises in Poland and other Eastern European countries, but the German pilots involved in the air patrols, limiting Russian planes that ply the Eastern borders of the EU. Furthermore Germany takes part in more dangerous operations. Its soldiers are present in the Balkans, in Afghanistan and last year in Mali. The German military also provides logistical support to allies fighting Islamic state (organization banned in Russia — approx. ed.).

She’s definitely not going to stop. In 2014, the German authorities have agreed with other countries in NATO that Germany within ten years will begin to spend on defense is not less than 2% of their gross domestic product. In 2016, its costs amounted to only about 1.2%. However, until recently, many German officials have unofficially acknowledged that such an increase in military spending, which would allow Germany to leave behind Britain and France, is unacceptable from a political point of view.

However, after the victory trump this issue has become for the German politicians, experts and journalists a new urgency. More and more voices call to strengthen military power. Last month the Ministry of defence has announced that it is planning to 2024 to increase the number of regular armed forces to nearly 200,000 people. In June their number was historically low and amounted to 166 500 people. This year’s defence expenditures, almost 26 years sacramentine, increase by 8%.

Chancellor Angela Merkel simultaneously calls to be blooded and to increase military spending. Her defense Minister Ursula von der Leyen (Ursula von der Leyen) expressed even tougher. She recently said that Germany is not entitled to evade its responsibility in the military sphere. Some marginal voices are already talking about the fact that until recently it was impossible even to imagine — about the German nuclear bomb, although only as a remote possibility.

“If trump will continue on his present course, America will leave the defense of Europe to the Europeans — not seen since 1945 extent,” he writes in his recent column the publisher of the Frankfurter Allgemeine Zeitung Berthold Kohler (Berthold Kohler). It can mean “the growth of defense spending, the revival of the conscript army, the red devil, and setting almost unimaginable to the German brains of the question of nuclear defence potential.”

Germany, together with its regional allies, is now, according to experts, increases military activity in the framework of the European joint operations and NATO — as the most convenient channels to harness German military power. For example, the transfer of German soldiers in Lithuania — part of a broader Federal initiative to create deterrence in Eastern Europe. The forces deployed in Poland, Latvia and Estonia, a key role is played by the Americans, the Canadians and the Brits.

In some countries adjacent to Germany, particularly in Poland, is still found active opponents of the revival of German military power, the position of which is based (at least partly) on the memories of the war. However, old prejudices die off quickly.

Take, for example, the tiny Lithuania, which the Nazis invaded in 1941, knocking out her Soviet occupiers. The third Reich held that country until 1945, killing more than 200,000 Jews. After the Second world war, Lithuania came under the rule of the Soviet Union, and at the end of the cold war gained independence. In the future, she obviously chose the West, having joined in 2004, much to the dismay of the Russian, EU and NATO.

Now Lithuanians are increasingly afraid of standing on their doorstep of a bear. After the actual invasion to Ukraine and annexation of Crimea, Russian politicians have begun to engage in scary conversations about the key ice-free port, which was, in their opinion, unfairly “gifted” Lithuania after the collapse of the Soviet Union. Allegedly linked to Russian hackers have attacked the servers of the Lithuanian government and the national television.

In the city of Chelyabinsk, located about six miles from the barracks that had housed the military NATO, the Nazis in 1940-ies killed more than 2,000 Jews. However, local oral history draws the German occupation in a much better light than the subsequent Soviet era.

86-year-old Hope Gritskovichi, the only resident of the city, well remembering the Second world war, says that her mother took her into the woods and they “did not see the shooting of Jews”. Thus, according to her, when the Soviet government was worse, which she explains in speeches and lectures in local schools.

“I have no animosity towards the Germans because of the past, she said. Is history. Now we should not blame them”.

However, in Lithuania to the German military have passed special training, during which they recalled continued in Lithuania, the memory of the Nazi occupation and caution when interacting with the locals. The acting mayor of Jonava Eugenijus Sabutis (Eugenijus Sabutis) claims that the only incident since then, as the soldiers at the end of January arrived, there was a fight over a woman between the American military and one of the townspeople.

“I don’t feel part of that history, the history of those Germans who came here before, — says 27-year-old Sebastian, serving in Lithuania soldier of the German army, which, in accordance with it rules of communicating with journalists, refused to tell his name. — I only know that now began something of a new cold war and that we are here to help.” 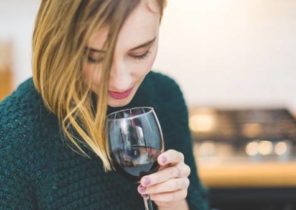 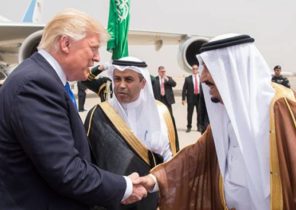