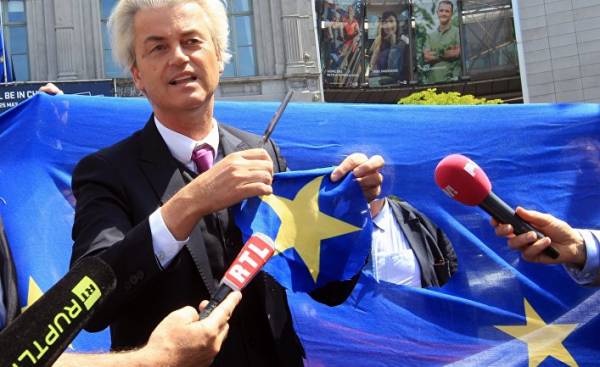 How the liberal Bastion of Europe came to a bitter cultural war with Islam?

“This is our land, and if you can’t live by our rules, get the hell back to your country and your culture.” PIM Fortuyn (Pim Fortuyn), killed the leader of the right-wing populist party “List PIM Fortuyn” (Pim Fortuyns Liste)

In early January, Dutch Prime Minister mark Rutte (Mark Rutte) has sent a message to the people of the country. The message was published in an announcement in the leading Newspapers of the country and contained a clear reference to migrants in the country.

Rutte wrote that he was tired of people “who persecute the homosexuals, shouting after the girls in mini-skirts and are usually called Dutch racists”. The advice of the Prime Minister to migrants was clear: behave properly or get out.

The desire to ban the Koran and close the mosques

Desperate step Rutte reveals why Wilders (Geert Wilders) is currently the most influential politician. The liberal party Rutte (VVD) is a fierce war with the freedom Party of Wilders (PVV) to be the largest party of the Netherlands in the parliamentary elections of March 15.

According to opinion polls, currently, the popularity of Wilders has fallen slightly, but everything points to the fact that his party PVV goes to record high results in the elections. One morning, the Dutch can learn that the formation of a new government in the country assigned to the person who wants to ban the Koran, close down the mosque and called the prophet Mohammed a “sick pedophile.”

The country is distinguished by informed religious tolerance

The fierce debate in connection with Islam is particularly surprising, since the Netherlands, from a historical point of view, is known as a country of religious tolerance. One of the great thinkers of liberalism John Locke (John Locke) formulated ideas that were to become the basis of modern understanding of religious freedom — and which already then existed in the Netherlands.

The main enemy of the Netherlands has always been the North sea: their biggest fear is that the dam will not stand, and the country will go under water. But now it seems that the Dutch are more and more afraid that their country be flooded with Muslims.

The crisis of national identity

From right-wing populism in the Netherlands deep roots. It began a few decades ago the fear of conflict in the issue of migration in combination with a failure of the integration policy.

Then was killed by eccentric right-wing populist PIM Fortuyn and the filmmaker Theo van Gogh (Theo van Gogh). After that, the Netherlands were in crisis of national identity from which they are still trying to find a way out.

The crisis is so deep that one of the leading intellectuals in the country wrote that “we belong to this land, it becomes less and less, and it threatens that she will leave us all”.

The attack on foundations

PIM Fortuyn as the comet broke into the Netherlands ‘ policy during the election campaign of 2000. Its popularity is due to the fact that it’s unusual rhetorical power and charisma have attacked the foundations of the Dutch political system.

The first object of attack was a political system characterized by extreme degree of cooperation of the elite. The second — liberal migration policy in conjunction with the multicultural integration policy, which had encouraged migrants to preserve their culture and their customs.

The connection of large-scale migration limited integration has created significant problems with unemployment, conflicts based on values, crime, and the emergence of ghettos.

The Secret Of Fortuyn

Fortuyn laid the foundations of a special Dutch version of right-wing populism, combining liberal positions and strong criticism of Islam. Fortuyn was an open homosexual and former Communist and Professor of sociology.

He identified himself with the progressive Netherlands and supported gay marriage and liberal drug laws. Fortuyn believed that Islam is a backward religion, unychtozhyly the Netherlands. But one day when during a television debate he was asked whether he has anything against Moroccans, he said, “absolutely nothing, I actually sleep with them.”

The hatred of the left

On 6 may 2002 PIM Fortuyn was going to get in the car, when suddenly appeared insane Volkert van der Graaf (Volkert van der Graaf), activist, speaker in defense of animals and five times shot him in the head and once in the neck with a semi-automatic pistol. This was the first political murder in the Netherlands since 1672.

The motive for van der Graaf was not to let the Fortuyn “become the new Hitler”, the murder caused in the Netherlands, a wave of hatred of the left, which is the strongest of all were the attacks on Fortuyn.

The murder of Theo van Gogh

The assassination of Fortuyn was followed by the murder of film Director Theo van Gogh, created the film “Submission” criticizing Islam. Van Gogh murdered by Islamic extremist Mohammed, Boyeri (Mohammed Boyeri), which is right on the street hit by van Gogh with a machete in the chest.

The murder of van Gogh caused shock and outrage, it convinced many Dutch people that the country is in an irreconcilable cultural clash with Islam. Bastion of tolerance in Europe appeared to be on the verge of collapse, in the entire country started to happen the burning of churches, mosques and schools.

In this political climate, he used his chance talented right populist Geert Wilders. Like Fortuyn, Wilders is not a typical right-wing populist. He is a professional politician, making a career without scandals.

In 2004 Wilders left the liberal party VVD in protest against the support the membership of Turkey in EU and created the organization that later became known as the freedom Party (PVV).

At the same time, the political scientist and journalist Martin Bosma (Bosma Martin) decided to devote his life to fighting the forces that killed his good friend Theo van Gogh. Bosma joined Wilders. Today the PVV managed as enlightened autocracy by Wilders in the leadership of a single party, and Bosma acts as a media strategist and ideologist.

A cultural war with Islam

The murder of Fortuyn and van Gogh have strongly influenced the public debate in the Netherlands and Wilders gave a lot of power. To which he replied that the Netherlands is in full swing, the cultural war with Islam, and soon will come the day of judgment: “Islam is the Trojan horse of Europe. If we do not stop the Islamization of Europe, Eurabia, and Nigeria will be only a matter of time.”

The Wilders also has ambitious plans to become the leader of the global Alliance against Islam, he maintains very close contacts with critical against the Islam community in the administration of the trump. Wilders was the only European right-wing populist, speaking at the party Congress of the Republicans in Cleveland.

The chief ideologist Martin Bosma made the same loud message to in many books. In the world Bosmi the left with its multiculturalism and political correctness are in Alliance with the Islamists, where the goal is the destruction of the Dutch culture and the Dutch way of life.

In his recent book “a National minority in their own country” (Minoritet i eget land), he writes that the Dutch will be the same problem faced by white Dutch people settled in South Africa. According to Bosma, white in South Africa now faced “cultural genocide” and are subjected to systematic repression by the racist regime of South Africa.

The most well-protected man in the Netherlands

Not surprisingly, Wilders feels a man fighting on the front. Wilders — the most well-protected man, who lives under constant police protection after threats by Islamists to kill him. During the election campaign, Wilders refused to participate in several debates due to the fact that his security system had weaknesses.

Analyst Cowen Voss (Koen Vossen) gave an accurate description of Wilders: “I am convinced that Wilders believes that we are at war with Islam. In his account we are Chamberlain (Chamberlain), while he is Winston Churchill (Winston Churchill). In other words he is anti-fascist”.

Where are the Netherlands?

The cultural struggle has replaced class as the major dividing lines of the Dutch policy.

Established parties like the social Democrats and Christian Democrats are historically the most a small amount of supporting their constituents, they cannot act as an effective countervailing power. Polarization and fragmentation of the party system creates a bόgreater tensions in the public debate and makes the Netherlands in the fractious country. 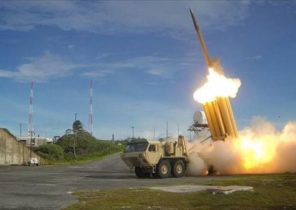