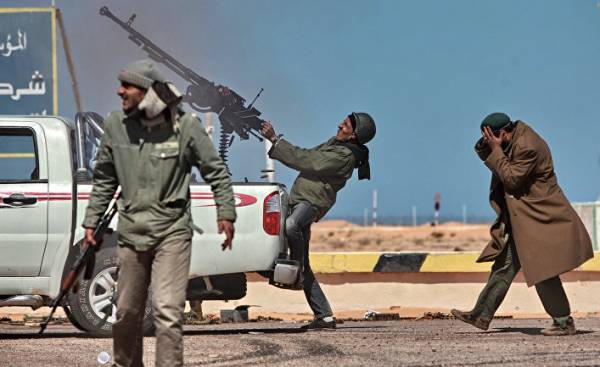 Several dozen armed specialists from Russia until February of this year, worked in Libya — the part of the country, which is under the control of the commander of the Libyan national army, Khalifa the Haftarot (Khalifa Haftar), told Reuters the head of a private company, who employs contractors.

Today it is the clearest signal that Moscow is ready to increase diplomatic support for the Haftarot, risking to cause the concern of Western governments, already alarmed by the military operation of Russia in Syria on the side of President Bashar al-Assad.

Haftar speaks against UN-supported government, which, in the opinion of the Western States, has the best chance to restore stability in Libya. But some Russian officials see the face of the Libyan Marshal a strong leader capable of putting an end to the anarchy, which prevailed in Libya six years ago after the overthrow of Muammar Gaddafi.

Russian experts, according to the head of the company, working on commercial contracts. However, people working in this industry, it would hardly be possible without the approval of the authorities.

Oleg Krinitsyn, the owner working in the field of security company RSB-Group, told Reuters in an interview that last year, contractors were sent to the Eastern part of Libya, where he remained until the end of my mission in February.

According to krinitsyna, their task was to dismantle one of the industrial sites near the city of Benghazi, located in the territory, which a few months ago the power of the Haftarot liberated from Islamist rebels.

The head of the company refused to say who hired RSB Group for these purposes, where it worked as mercenaries or what kind of industrial object in question. He also did not say whether this operation is coordinated with the UN supported government, which, in the opinion of many States, belongs the Supreme power in Libya.

Answering the question of whether this mission is an official permission from Moscow, the Krinitsyn said that the company did not cooperate with the defense Ministry, but “consulted” with the foreign Ministry of the country.

Contractors were not involved in the fighting, said the Krinitsyn, but they had the weapons obtained in Libya. To call the weapon he refused.

The Krinitsyn said that contractors were ready to respond in case of an attack.

“If we are attacked, naturally we enter into a clash with the purpose of protecting our lives and protecting the client’s life, he said. — All the rules of military science after the attack there is a counterattack, that is, we need to destroy the enemy, so did not go again the second wave of attack on us.”

Representatives of the military authorities in the East of Libya said that was not aware of the presence of Russian specialists, and the Haftarot did not respond to a request for comment.

Officials in the West of Libya, where is the UN supported the government, was unavailable for comment. Employee of the Russian Ministry of foreign Affairs said that the Ministry is working on a response, but as of Friday, Reuters didn’t get it.

Illustrating the fragility of the situation in Libya, last week the power of the Haftarot fought to regain control of oil ports of es-Sidra and RAS lanuf, captured by opposing them grouping in early March.

Russia has already used the employees of private military companies as a Supplement to their own forces.

In Syria, the mercenaries were widely used for combat missions, in cooperation with the regular Russian forces and their Syrian allies, told Reuters several sources involved in the military operation. Moscow does not support the use in Syria of fighters.

Russian private companies working in the field of security, do not reveal data of those whom they hire, but it’s usually the veterans of special forces.

The Krinitsyn, the owner of the company that sent employees to Libya, was an officer of the border service of Russia in Tajikistan, on the border with Afghanistan, where, according to him, acquired military experience.

He added that some sent to Libya experts had previously worked in Syria, but did not perform combat missions.

The Krinitsyn refused to disclose how many of its employees participated in the operation in Libya, calling it a commercial secret. Overall, however, according to him, demining operations of this type requires about 50 specialists, and about the same to ensure their safety.

Haftar sought foreign assistance to strengthen control over a number of areas of Libya, and Russia has demonstrated the willingness to cooperate in contrast to the more cautious approach of Western countries.

In November last year, Haftar visited Moscow and met with foreign Minister Sergei Lavrov. In December, the commander went on Board the Russian aircraft carrier in the Mediterranean sea and talked via video link with defense Minister Sergei Shoigu. In recent weeks Russia has treated about a hundred wounded soldiers Haftarot.

In early March in Moscow for talks with Lavrov also came the enemy of the Haftarot fees Serraj (Fayez Serraj), who heads the UN supported the government.

Russian President Vladimir Putin seeks to restore stability in Libya, and the Russian operation in Syria, gave him confidence. However, foreign diplomats who are familiar with the position of the Russian side, said that while the consensus about how to achieve it, no.

According to them, the Ministry of foreign Affairs of Russia wants to Haftar joined forces with the UN supported government. However, diplomats also said that there are more hawkish camp, the Russian defense Ministry and some officials of the Kremlin, which stands for the support of the Haftarot to establish control over all of Libya.

The Krinitsyn argues that in Libya, his staff was faced with a group of local rebels who were hostile, but relented when they realized that before them the Russians.

“It was uncomfortable in that situation, of course, but the image that was created by Putin in Syria by force of arms, tactics and assistance to countries, has played a positive role, and we understand that Russia is waiting now more than any other country,” he said. 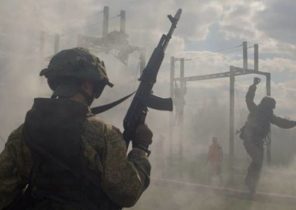 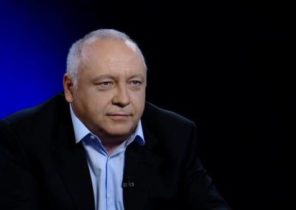