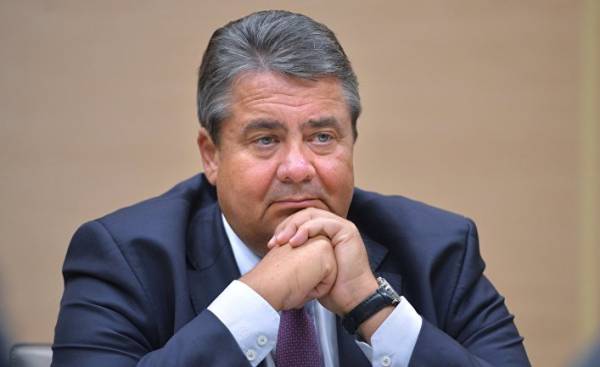 Vladimir Putin has been tardy. Then, after an hour and a half of delay, the white door opens to: Minister of foreign Affairs Sergey Lavrov is in the hall of the Kremlin, smiling widely to Sigmar Gabriel, the new German foreign Minister. The little bows and welcomes, in response: “Mr foreign Minister”.

With some delay appears Putin, President of Russia, and Gabriel long to shake hands. Putin is smiling at the camera. “Our common goal is to fully normalize relations and overcome the challenges that we face”, — said the head of state during the first official visit of Gabriel to Moscow. Gabriel nods. They will talk to each other for nearly two hours.

Then, Gabriel. Moscow in “hard times”, as he put it during his last visit in September, brought him fame as “understanding Russia” or even “understand Putin.” Besides, unlike Chancellor Angela Merkel, he advocated the easing of sanctions against Russia.

Why Putin is willing to take the social Democrat, the then Minister of economy. They met three times, the first time in March 2014, armed men in uniforms without insignia have seized the strategically important facilities on the Crimean Peninsula, and Western politicians shunned Putin. Gabriel, by contrast, continued the dialogue.

There are two variants of development of relations with Russia, he said on Thursday. Or we escaleras conflict, or try to understand “What actually happens?” As head of the Ministry of foreign Affairs Gabriel skillfully moves in the dialogue.

For a social Democrat he speaks unusually clearly towards Russia. Unlike his predecessor Frank-Walter Steinmeier it in the first weeks of joining the new post proposed to gradually reduce sanctions against Moscow, and then cancel.

Also Gabriel does not support a reproach Steinmeier, that NATO only rattles the saber and emits a battle cry. On the contrary, during his stay in Warsaw Gabriel defended the location of the 4,000 troops on the Eastern flank of NATO. “If we look how the mighty military machine we are up against, says Gabriel, referring to Russia — no one can say that NATO has started to build up arms”. So he calls in Moscow, Putin and Lavrov to disarmament. But they still think their country is surrounded by NATO.

During the first meeting with Lavrov in the presence of the press, Gabriel demonstrates that he knows the approach to the Minister of foreign Affairs with the world’s largest experience. Gabriel congratulates the Russian, who just this day celebrates the thirteenth anniversary in this post. “In this respect you surpass me, — flattered by a German colleague. — I have 13 weeks are not on duty”. Lavrov grins.

“Even if it is not accepted at press conferences”

Actually Gabriel in position for only six weeks. During which he had to sort out a confusing conflict in Eastern Ukraine. Repeatedly he appeals to the Minsk agreements: to comply with the agreement, we need the will of the conflicting parties. Lavrov listens calmly, even when Gabriel says on annexed Crimea, violating boundaries is something that “we can’t accept.”

Gabriel is ready to exchange blows with his Russian counterpart, he gives an experienced colleague back. Also on this day, Lavrov reads one of their notorious historical reports on the humiliation of Russia and the arrogance of the West. About ten minutes the Russian chief diplomat tells of a world that is becoming “multipolar” and “post-Western” — its message is that the West can no longer be perceived as serious, the West no longer plays first fiddle.

At first Gabrielle listens with a pleased expression, then leans back in his chair and frowns. When Lavrov finishes, and his press Secretary is going to announce the next issue interferes with Gabriel. He would like something else to add, “even if it is not accepted on a press-conferences”.

Gabriel said, grimacing, when Lavrov spoke of a post-Western world. He perceives the West not as a geographical location, but as a concept of values. In Tahrir square in Cairo during the “Arab spring” took part in the demonstration for Western values. “But came to power “Muslim brotherhood” (banned in Russia organization — approx. ed.) — continued Lavrov. Gabriel argues: in the fight for the values you can fail, but this does not mean that “they are wrong”.

“We prefer to consider all rumors”

Lavrov darkens when it comes to accusations of Russian interference in election campaigns in the West: all the “groundless.” Gabriel answers: “There are rumors about different countries that we are trying to influence. We prefer to consider all rumours”.

Russian journalist however wants to clarify the issue and inquired about the accusations from Germany. Gabriel wondered who makes these accusations. Answer: “the media”. The Minister of foreign Affairs of Germany pauses: “the German media are responsible for themselves,” he says. And that’s the difference between Germany and other countries. Lavrov once again for this day grins.

No later than the end of June, he will again see his German colleague Gabriel — this time in the southern Russian city of Krasnodar, near Crimea. 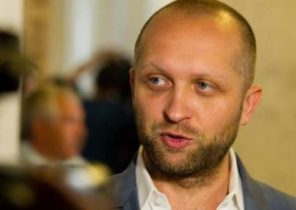 The Prosecutor said that the Poles made bail