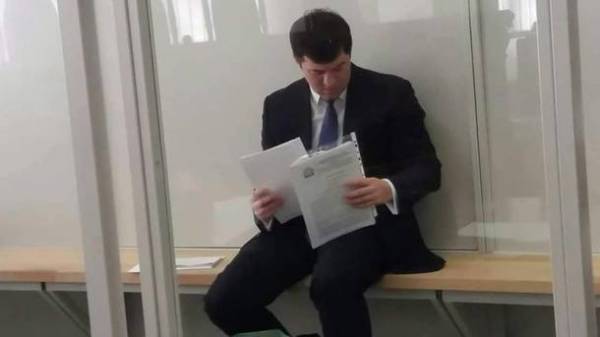 Specialized anti-corruption Prosecutor’s office (COAG) asked the Kyiv court of Appeals to increase the amount of Deposit removed the head of the SFS Novel Nasirova from 100 million to two billion hryvnia. According to prosecutors SAP, set the Solomensky court Deposit in the amount of UAH 100 million is not a guarantee that Nasirov not flee from trial.

“The bail amount of 100 million UAH are not able to ensure proper procedural conduct of the suspect in the case of its introduction”, – said the Prosecutor SAP Andrei Perov.

As stressed during the meeting the Prosecutor SAP Jaroslav Shymkiv, the prosecution insists that Nasirov has UK citizenship as evidence to the contrary, neither he nor his protection is not provided, and the whereabouts of his British passport to the Prosecutor unknown. In addition, the official has property in the UK, and last year it was 60 times crossed the border of Ukraine, said Shymkiv.

“It’s really a risk, because at any moment he might cross it again,” said the Prosecutor.

Note that the protection Nasirov in favor of the abolition of the decision of Solomenskiy district court of Kyiv, which Nasirov was arrested for 60 days with possibility of bail in the amount of UAH 100 million. Nasirov also the defenders ask the court to check the validity of the charges against him. The lawyers insist that official’s custody is illegal, and against him the suspicions are unfounded.

Moreover, according to lawyers, the amount of bail, which the court of Appeal requires the Prosecutor’s office – two billion hryvnia – is “manifestly unreasonable” to Nasirov. Defense official claims that obesity from Ukraine he does not intend to – he has family here and established social connections.

He Nasirov suspicions against him are unfounded calls. “All the charges that was charged to me, I find completely baseless and unproven”, – said during the meeting Nasirov.

Moreover, the official called his arrest illegal and that which occurred in violation of procedural norms and civil rights. According to Nasirov, he was in favour of full publicity of the trial against him.