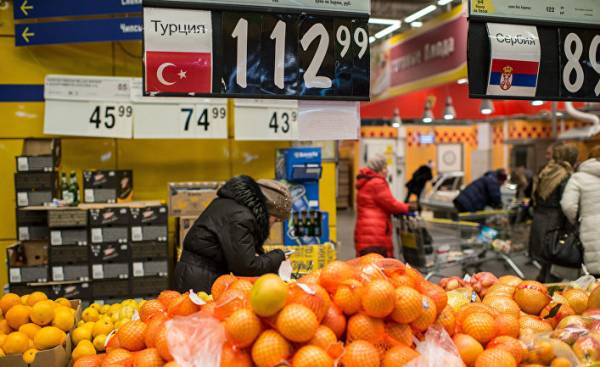 Any conflicts can be resolved through diplomacy, through war or economic means. Russia last year had tense relations with Turkey in the context of terrorism, has experienced difficulties in relations with Egypt over the export of grain in this Arab country, and it seems that the Kremlin intends to seriously plunge into economic warfare in connection with the export of agricultural products.

Moscow criticizes West for its economic sanctions, but at the same time the Kremlin has demonstrated that it can resort to “economic weapons”: bans any commercial activity or to the same sanctions. One recent example of this kind that you can witness it on the part of Russia could provide grain supplies to Egypt, in the past year become one of the largest foreign markets for Russian grain and grain.

International standards assume that from 0 to 5% of agricultural products can be susceptible to fungal diseases. In 2016 Cairo suddenly demanded that the number infected by fungi of the products decreased to 0%. France and other countries that were traditional suppliers of grain to Egypt, simply refused further contracts with Cairo, however, Russia has passed into the language of threats. 19 September 2016, Russia announced a temporary ban on imports of vegetables and fruits from Egypt. According to the text, razjasnjava the ban, the measure was introduced in response to “systematic violations by Egypt of the Russian rules on the import of vegetable products”.

But just two days later, Egypt withdrew its earlier imposed ban on the import of grain containing the fungus. And 5 days later Egypt sent to Moscow mission, which was to ask Russia to cancel its sanctions on the import of Egyptian vegetables and fruits. Authority in Russia for the inspection and safety of agricultural products, the Rosselkhoznadzor, on the same day reported that cancels all locked, leaving only restrictions on potatoes. The success achieved in the grain war, was more strengthened by the unwavering belief of the Russian leadership in applied tactics of an iron fist and in particular the effectiveness of this approach; after all, earlier, after Turkish fighter jet shot down a Russian plane, similar steps are followed in respect of Turkey.

Another goal of trade wars with Turkey, in addition to the “punishment” of Ankara, was the protection of Russian producers of fruit and vegetable products from the competition by the Turks. However, the sanctions were supposed to stimulate the growth of Russian tourist flow to Sochi and to the resorts of the Crimea. And in this confrontation was also able to achieve victory. One of the areas this tactic was also a ban on Russian tourists package tours to Turkey. Russian travel agents and also airlines of Russia also suffered significant damage in connection with these events, however the damage which as a result of these measures faced Turkey were incomparably great, in consequence of which the Turkish side was forced to capitulate.