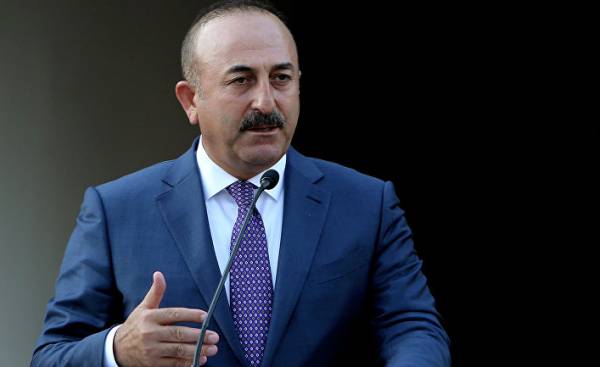 In connection with a serious conflict between the Netherlands and Turkey, about the demonstrations by Turkish Ministers in the Netherlands of German policy require all Europeans consistent position against Ankara. “The European Union should agree a common position, which wouldn’t let the Turkish Ministers pre-election speech in the EU”, — said Vice-President of the European Parliament Alexander Graf Lambsdorff from the FDP (Free democratic party of Germany — approx. transl.) (Alexander Graf Lambsdorff) in an interview with the newspaper Die Welt.

According to foreign policy expert of the CDU in the European Parliament Elmar Brok (Elmar Brok), Europeans should agree that “in General it is undesirable that foreign policy was involved in the EU election campaign”. Speaking about Turkish President Recep Tayyip Erdogan the (Recep Tayyip Erdogan), Brock added that he feared the “destruction” is planned for mid-April national referendum on a new Constitution. Therefore, Erdogan, according to Brock, looking for a “confrontation with Europe, to make the voting issue of Turkish honor.”

At the end of the week the tension between NATO allies the Netherlands and Turkey increased. On Saturday, Hague was not allowed to land in Rotterdam to the plane of the Minister of foreign Affairs of Turkey Mevlut Cavusoglu (Mevlüt Cavusoglu), because the Dutch government feels pressure because of threats from Ankara. Then arrived by car from Germany to the Minister for family and social policies Fatma Betul saillant Kaya (Kaya Betul Fatma Sayan) are not allowed to play in Holland before the fellow with the campaign for the referendum. Dutch police deported the Minister back to the border with Germany, from where she flew back to Turkey.

“Stop the escalation” where possible

Then Erdogan during performances in Istanbul showered the Netherlands with insults: “you Have no idea about diplomacy or politics. You are the descendants of the Nazis. You fascists”. Foreign Minister çavuşoğlu on Sunday in the French city of Metz has called the Netherlands “the capital of fascism.” The Prime Minister of the Netherlands mark Rutte (Mark Rutte) dismissed the statement as “crazy” and stressed that his government in the conflict will try to “stop the escalation where possible”. However, according to him, if “the Turks will decide to increase the voltage,we will be forced to react.”

Responsible for integration issues in the government of Germany Aydan Özoğuz (Aydan Özoguz), the SPD expressed its “extreme concern”. In an interview with the newspaper Die Welt, Özoğuz said that it’s dangerous, “if we give Erdogan to draw us into this spiral of escalation.” The aggravation on the side of the hardliners. The Secretary-General of the SPD Katarina barley (Barley Katarina) stated that Erdogan “consciously relies on the provocation”, because he wants to distract from domestic political problems. But in General, according to barley, “Turkish policy in Germany welcome”. But only if “they come to us as visitors and not as participants of the election campaign”.

Deputy head of the CDU Julia klöckner (Julia Klöckner) said that Erdogan may arrive, because the Germans must not give him pleasure, and to limit local rights and freedoms. However, she said, “it will not be a welcome guest if he would engage in electoral competition to their advantage and abuse our hospitality.” Klöckner: “it is absolutely unacceptable that he’s here, on German soil they called us Nazis and fascists and campaigned for the introduction of the death penalty”.

The head of the green party CEM Ozdemir (Cem Özdemir) required to deliver campaign speeches of Turkish politicians in the EU are dependent on respect for democratic standards in Turkey. “The EU should demand that Erdogan made in Turkey fair and democratic elections, if he or his people want to be here,” said Ozdemir and recalled the arrest in Turkey of the correspondent of the newspaper Die Welt Ujala Deniz (Deniz Yücel). Özdemir: “a Gesture of goodwill could be, for example, the immediate release of Deniz Ujala”.

A shocking guide for the British military: leave prostitutes no more than 20 euros 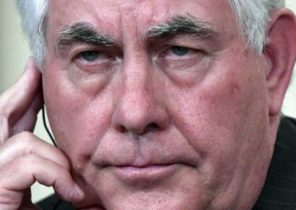